Here are the provinces where people gobble-gobble the most turkey 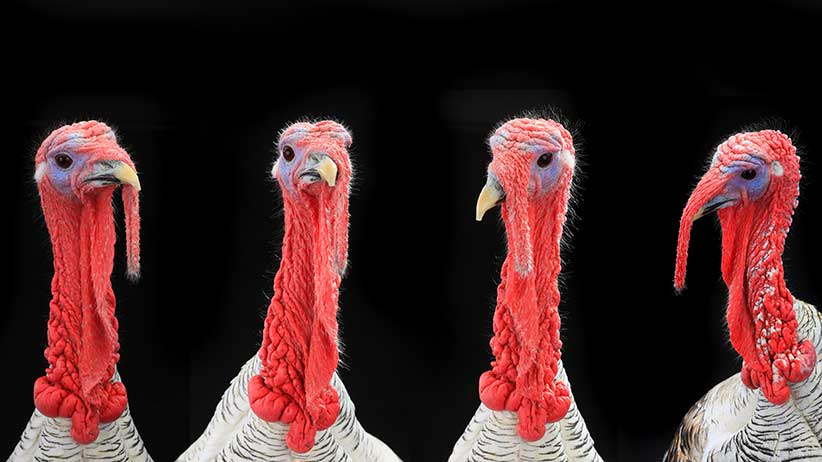 Many Canadians are going to be gathered around the turkey this weekend. Based on annual spending data from Statistics Canada, it’s likely one of the few times a year Canadians actually spend money on the tryptophan-laden bird.

According to the Survey of Household Spending, Canadians spend an average of $30 a year on turkey—and a Thanksgiving bird likely accounts for a large portion of that amount.

Compared to the money Canadians spend on other proteins, turkey is low on the priority list, falling far behind staples such as beef, chicken and pork. Canadians spend more on turkey, however, than they do on beans and tofu (and hence, their tofurkey).

When it comes to the provinces, it’s no surprise that Newfoundland and Labrador leads the pack with their turkey spending, likely thanks to the local boiled delicacy known as Jigg’s Dinner.

Here’s how the numbers break down: 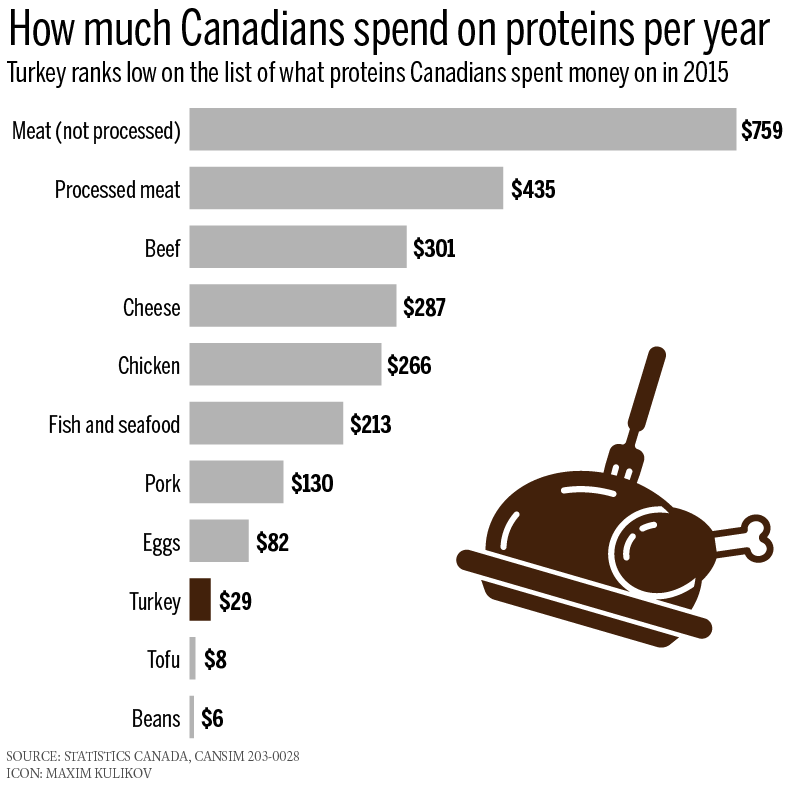 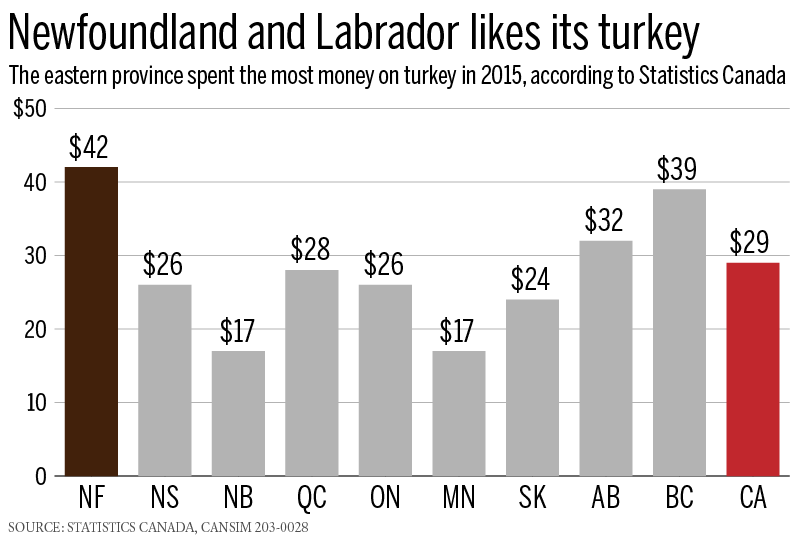