HitchBot's creators say robot may be reassembled and allowed to complete its U.S. travels. after vandalism in Philadelphia 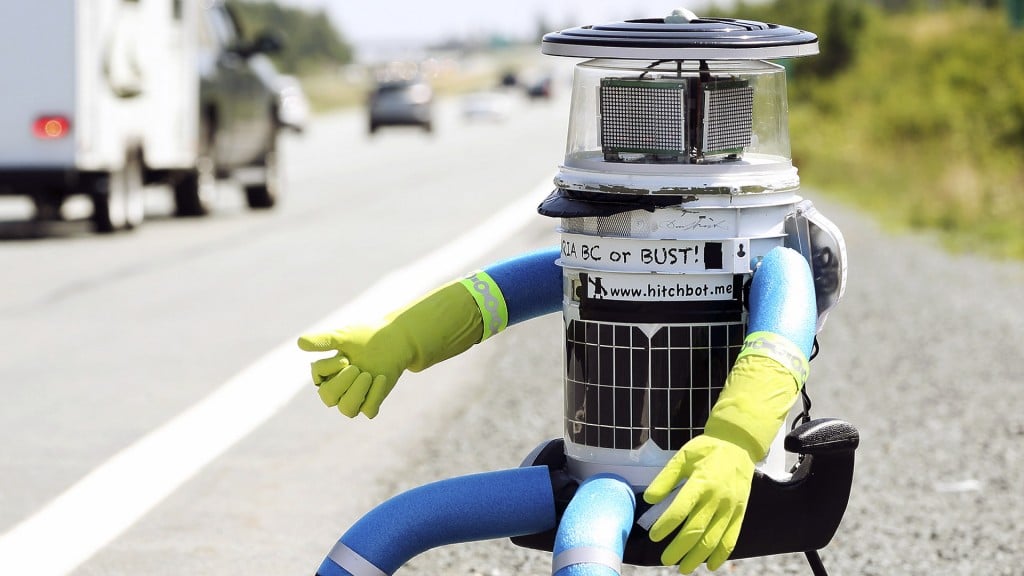 A hitchhiking robot whose world adventures were cut short over the weekend when it was destroyed on a street in Philadelphia may not be done travelling just yet.

The researchers behind of HitchBot say their child-sized creation, who travelled from place to place with the help of strangers, is being shipped home to Canada.

The solar panel-powered robot had successfully thumbed rides across Canada and through parts of Europe when it was dismantled early on Saturday while trying to find a lift out of Philadelphia.

Its arms were ripped and its head was missing.

Researchers say that a widely circulated surveillance video claiming to document the vandalism was fake.

HitchBot’s creators say the droid could be reassembled, taken back to Philadelphia and allowed to complete its U.S. travels.

Another option, they say, is to create a new robot that would be sent on student-devised adventures through Canadian schools.