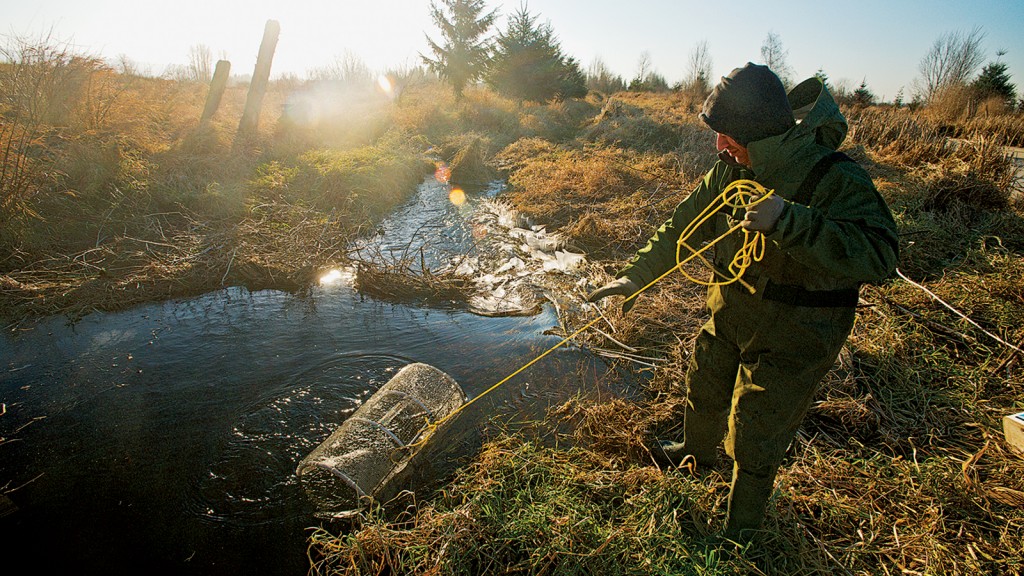 VANCOUVER — It was a story about rock snot.

And if there’s a person you want to talk to about the pervasive algae also known by the less-offensive, more scientific name of Didymo, it’s Fisheries and Oceans Canada scientist Max Bothwell.

Bothwell is, other scientists will tell you, the rock snot man. He wrote the book. Or in this case, co-authored a published article in a renowned scientific journal.

But a request from The Canadian Press to speak to Bothwell when the article was published in May failed to produce an interview.

What it did produce was 110 pages of emails to and from 16 different federal government communications operatives, according to documents obtained using access to information legislation.

Many hours after the request was made the morning of May 8, an email from Robin Browne, strategic communications advisor for the Communications Division of Environment Canada, contained a list of responses for the approval of David Boerner, director general for water science and technology in the ministry.

“CP asked to interview Max today but media relations is negotiating that to buy us more time. Thanks!” he wrote.

Not long before that Bothwell — described by the co-author of the article as “really the Yoda of knowledge about Didymo” — tried to hurry things along.

“I will search my computer for the approved responses from the last interview,” Bothwell wrote to a growing list of media handlers.

That unleashed a frenzy of emails trying to find the aforementioned “approved” responses. It appeared they were not located, and approval had to begin from scratch.

The emails refer to “agreed answers” for the scientist and “approved interview script” throughout.

“Can we prepare answers to these questions please,” Danny Kingsberry, acting manager of media relations, wrote. “I will get necessary approvals and we will schedule the interview after.”

The Canadian Press story about Bothwell’s breakthrough on the origins of this pervasive algae appeared on news sites and in newspapers across the country without Max Bothwell, a research scientist at the Pacific Biological Station in Nanaimo, B.C.

Calvin Sandborn, a lawyer with the Environmental Law Centre at the University of Victoria, thinks he may have some idea.

“In particular, if they’re talking about issues that are sensitive to the oil and gas industry — specific issues like climate change or oilsands or grizzly bears.”

Of the 110 pages, one single sheet offers a hint.

A complaint from the centre and the group Democracy Watch prompted the federal Information Commissioner to launch an investigation last year into government communications practices.

Since the Conservatives took office in 2006, the “information services” sector of government has swelled more than 15 per cent, to some 4,000 employees, according to a report by the Parliamentary Budget Office.

“It’s crazy. We have fisheries scientists saying that they’re restricted from issuing red tide warnings without getting political approval from Ottawa,” he said.

“So, you have a government scientist put in a quandary: do we issue a red tide warning — because red tides can kill people — do I do that right now or do I send it off to Ottawa and follow all the protocols and just hope that nobody dies while we’re waiting for political approval from a minister’s office?”