How Canada's navy stacks up against a giant rubber duck

A giant, rubber duck is headed to Toronto this summer for Canada Day. Here's how it compares in size to the ships in Canada's navy 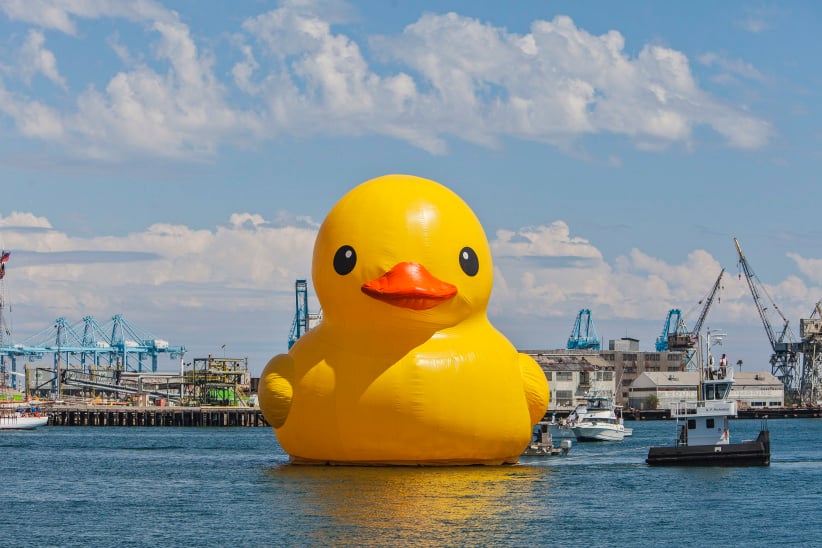 A tall ship parade and the Los Angeles debut of Dutch artist Florentijin Hofman giant yellow ducky. The 6 story tall ducky is said to be the world’s largest and has seen many of the world’s ports and harbors. (Ted Soqui/Corbis/Getty Images)

It’s big, it’s yellow, and it’s headed to Ontario this summer just in time for Canada Day—because nothing says “Happy 150th birthday, Canada” quite like a giant, rubber duck.

The 13,600-kg inflatable fowl will tour through Ontario as part of the Redpath Waterfront Festival starting July 1. Billed by organizers as the World’s Largest Rubber Duck, it’s actually a replica of a rubber duck created by Dutch artist Florentijn Hofman. Despite its knock-off status, the duck is still staggeringly huge, clocking in at more than 27 meters in length and floating nearly six storeys tall.

To help put the duck’s size in perspective, we put it up against the remaining types of vessels in Canada’s depleted Royal Canadian Navy—a Halifax-class frigate, a Victoria-class sub, a Kingston-class coastal defence vessel and a non-commissioned (meaning it doesn’t carry the HMCS prefix) Orca-class patrol vessel. Those attending the festival in Toronto on Canada Day might just see the duck face-off against the navy ships in person, as the navy itself will be taking part in the event.

MORE: The sinking of the Canadian navy 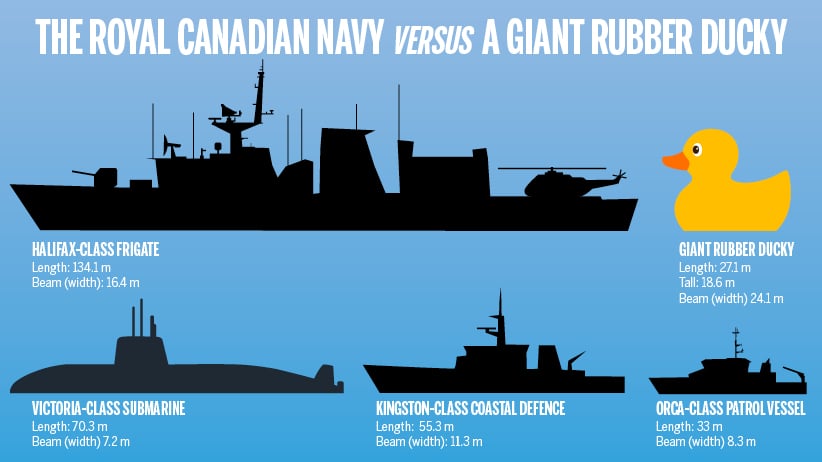