How COVID-19 is spreading in Canada on domestic flights

The virus isn’t just flying into Canada. It’s also on a criss-crossing tear inside our borders.

The third wave of Canada’s COVID-19 pandemic began on March 1. Between then and April 15, there were 490 flights within Canada on which at least one person later tested positive for COVID-19, according to data from the Public Health Agency of Canada. Two-thirds originated in the four Western provinces, led by British Columbia (169) and Alberta (138), while 111 took off from Ontario and 40 from Quebec. Many came from cities that are hubs for essential workers, who tend to rotate between job sites and their homes in other parts of Canada, sometimes taking multiple flights each way.

In that same six-week period, PHAC reported 437 international flights to Canada on which someone later tested positive. While flights from 15 separate American cities had COVID-19 exposures, the overall U.S. flight tally was 58, placing it in second place behind India, which had 110 such flights, all from Delhi. 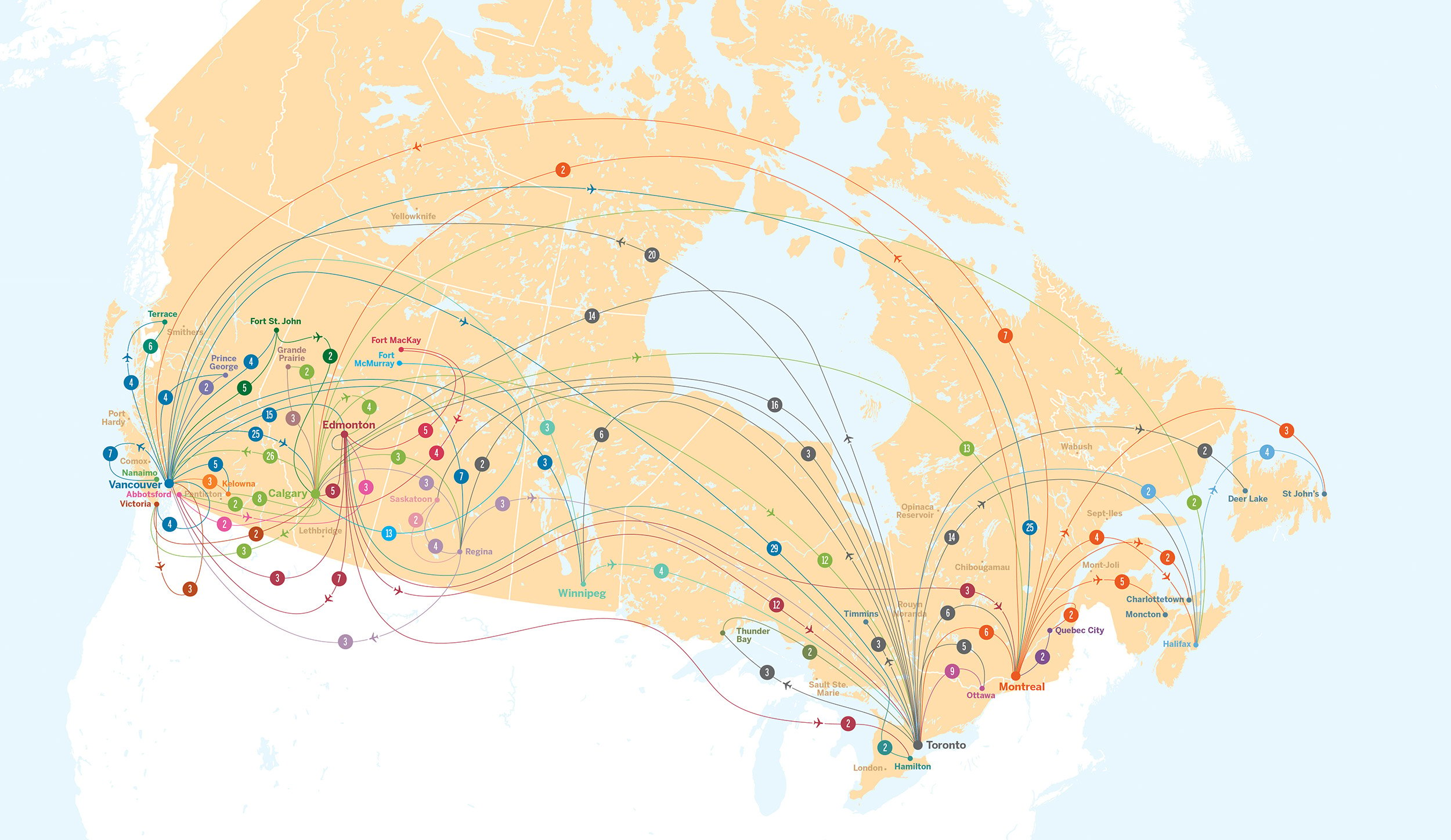 Note: Not shown are routes that each only had one COVID flight. Departure or destination cities for these routes are indicated on map in light brown. (Data source: Public Health Agency of Canada)

A closer look at the West Coast 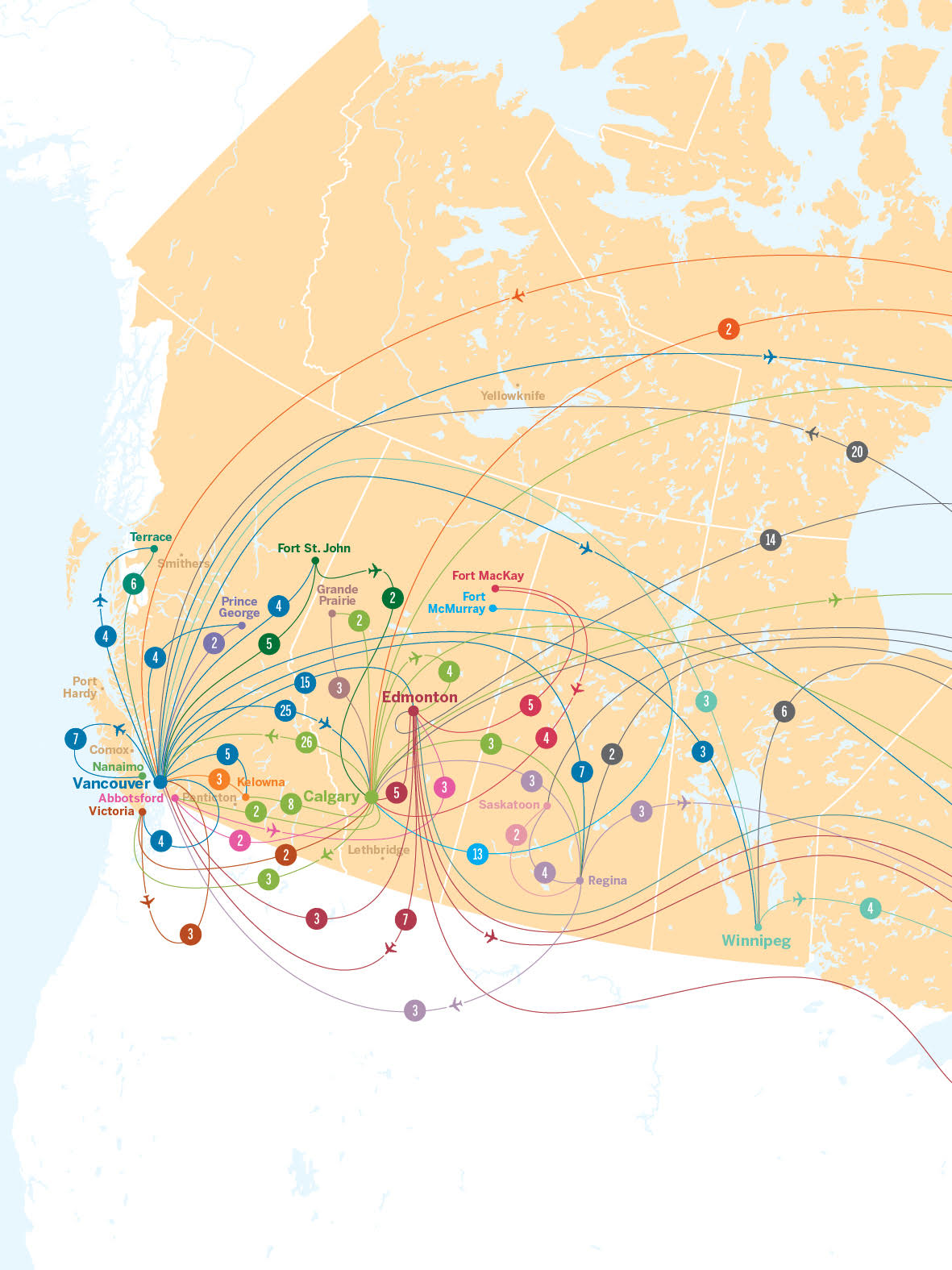 A closer look at the East Coast 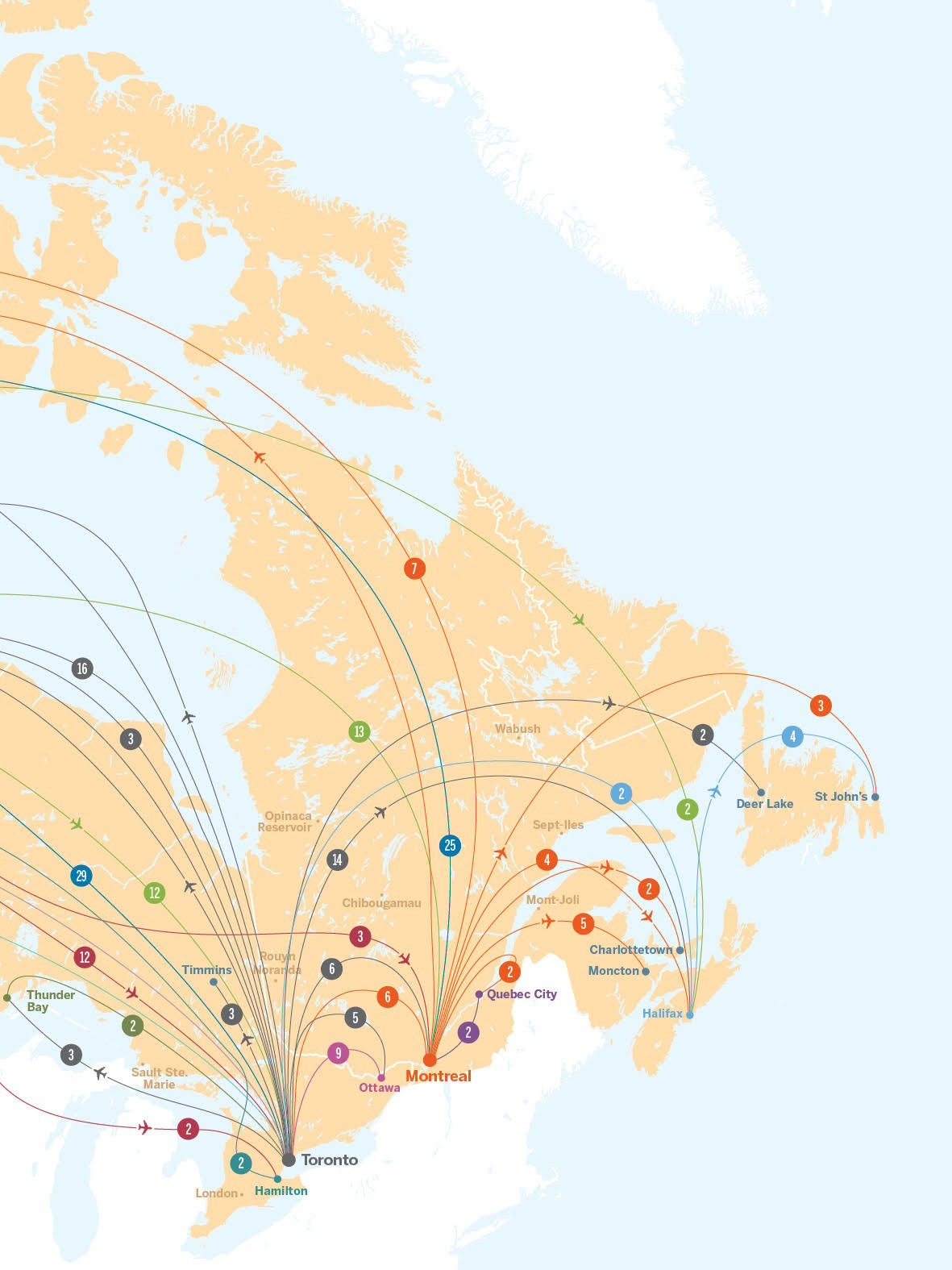 Flights to Canada with COVID-19 exposure, March 1 to April 15