How do you find the centre of Canada?

Maclean's is going on a Canada Day adventure. Follow along!

The shape of Canada makes it difﬁcult to ﬁnd the centre — even today.

“We’re not a square or a circle. We’re huge, is what we are,” says Christopher Storie, who is something of an expert.

The president of the Canadian Cartographic Association says the centre of the country is about 275 km southwest of Baker Lake, on the barren shores of Yathkyed Lake.

He used Atlas of Canada coordinates to ﬁnd the extreme tips of the country, entered them in an algorithm that created an elipse, then found the cross point of its axes.

No cabins, no campsites and certainly no sign. The only interest in the lake appears to be from a mining company that is prospecting in the area. (Indeed, the true centre of Canada could be a pot of gold.)

To be certain, other cartographers calculate different coordinates. But for this exercise, we’re going with Storie. Follow along on Macleans.ca as we make our way to the centre of Canada. 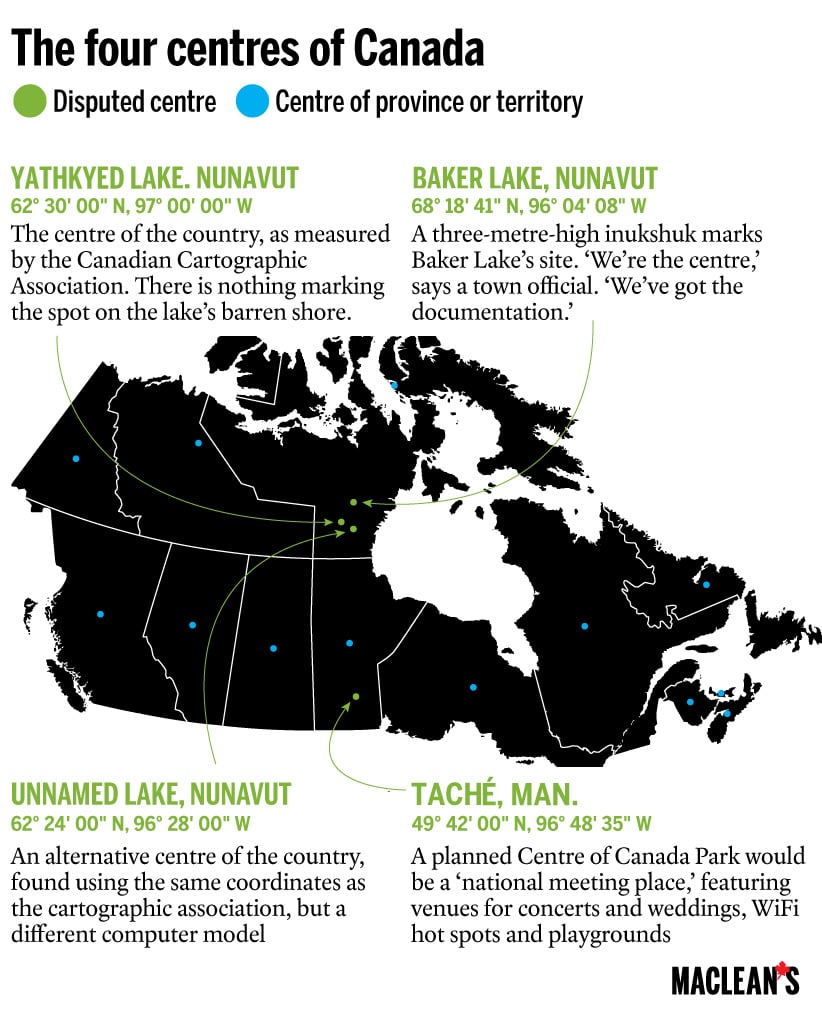 For more on the debate, read: The centre of controversy

FILED UNDER: Centre of Canada