How do you prosecute your former boss? 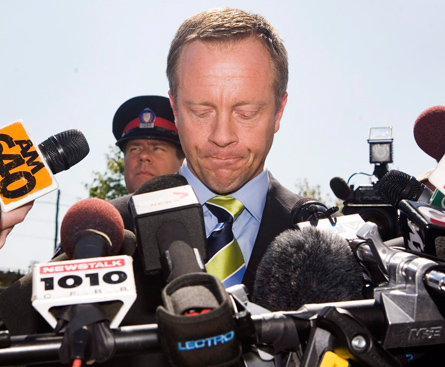 As Ontario’s attorney general, a post he held until 2007, Michael Bryant was responsible for ensuring the smooth running of the province’s justice system, a job which included overseeing all criminal prosecutions in Ontario. But after an accident that left a Toronto cyclist dead, Bryant now finds himself on the other side of the fence. The one-time wunderkind of provincial politics is facing charges of dangerous driving causing death, which carries a maximum sentence of 14 years in prison, and criminal negligence causing death, for which he could face life in prison.

Bryant is, of course, no ordinary defendant, and the case against him promises to be one of the most highly-scrutinized in the province’s history. The provincial Ministry of the Attorney General usually refers cases involving the prosecution of people working within the legal system to what it calls the Crown Law Office-Criminal. The Crown Law Office-Criminal was set up in the early 1980s to handle the province’s appeals, as well as some of the province’s more complex criminal cases, like stock manipulation or organized crime cases. Its mandate also covers the prosecution of people like police officers, judges, prosecutors, court reporters, and anyone else considered a participant in the “administration of justice.” The problem in Bryant’s case is that the office’s prosecutors are former employees of his—he may have even hired some of them—and the mere perception of conflict of interest risks tainting the trial.

If Bryant is to receive a fair trial, says Ed Ratushny, a law professor at the University of Ottawa and the former president of the Canadian section of International Commission of Jurists, “the preoccupation of the police and of the prosecution is to make sure that in reality and in perception, this accused is treated in the same way that any other accused would be treated.” That’s where Richard Peck comes in. Peck just happened to be in town on the night Bryant was involved in the accident that killed cyclist Darcy Allan Sheppard. (The prominent B.C. defense lawyer was in Brampton on Monday evening for a meeting regarding the prosecution of an OPP officer charged with corruption.) The next morning, Peck met with Toronto police to discuss the charges to be laid against the former Ontario attorney general. He was eventually brought on to prosecute the case.

Now that Peck has been hired to act as an independent prosecutor, the second part of the equation in Bryant’s case involves finding a trial judge. Ontario’s provincial court judges are appointed by the Attorney General from a ranked list of its recommendations compiled by an advisory committee. During his time in office, Bryant made dozens of appointments to the provincial court. But finding an impartial judge may not be much of a challenge given the seriousness of the charges against Bryant. In fact, Ratushny doesn’t expect Bryant’s case to end up before a provincial judge. Based on the evidence made public so far, “my inclination would be to want to go before a jury,” he says, meaning Bryant’s case is likely to end in Ontario Superior Court, for whom judges are selected and paid for by the federal government. The only time at which Bryant is likely to face a provincial judge is at his preliminary hearing. A Bryant appointee, according to Ratushny, would likely step aside from the case.

Still, because of his former job of ensuring that criminals end up behind bars, the case against Bryant represents a unique challenge to Ontario’s judicial system. The province’s citizens will no doubt be paying close attention to how the legal community treats one of its own.