How is the military helping Fort McMurray?

Four search-and-rescue helicopters, one transport plane and a handful of personnel are on the ground in Fort McMurray—and more await the call 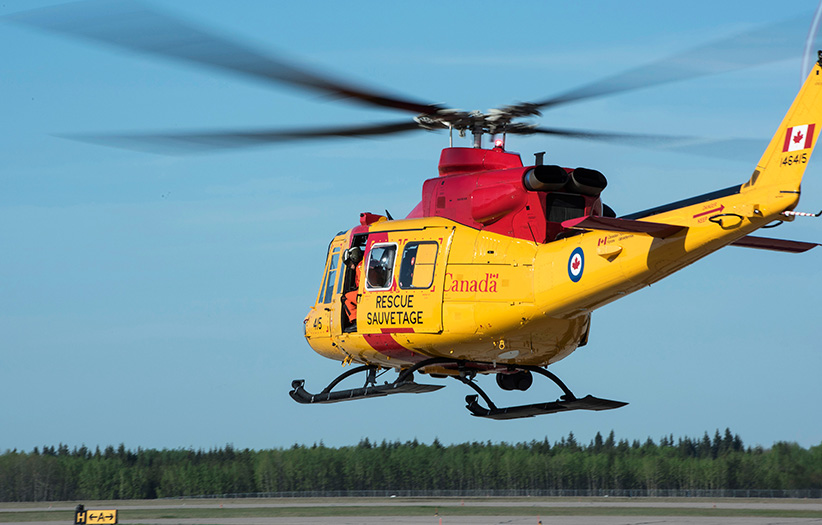 Brig.-Gen. Wayne Eyre, commander of Joint Task Force West based in Edmonton, said the military is working closely with the province to provide whatever Alberta needs. As of the afternoon on May 4, there were four CH-146 Griffon search-and-rescue helicopters in Fort McMurray, drawn from Canadian Forces bases in Edmonton and Cold Lake. A C-130 Hercules airplane—capable of landing on roads and other challenging surfaces in hard-to-access areas—from CFB Trenton was on standby in Cold Lake. Other aircraft stand at the ready in Trenton.

There were about 15 military personnel on the ground in Fort McMurray on May 4, but that number was likely to grow quickly. “That is very much just the tip of the spear,” Eyre said. “We have many more working on planning, and standing by, should the call come.”

The wildfires that have destroyed vast swaths of Fort McMurray are a “very dynamic” situation that is shifting with the hours, he said. On the evening of May 3, it looked like people would not be able to evacuate by road, so the military had airplanes at the ready. Ultimately, those weren’t needed because residents were able to flee—albeit at frighteningly slow speeds along crowded and smoke-choked roads—via Highway 63 to the south.

So far, the “asks” from Alberta have been for three types of help, Eyre said: assisting city and provincial authorities in evacuating people in distress; evacuating people in isolated areas; and helping to transport local firefighters and equipment. Eyre said there had not yet been a request to transport firefighters from other provinces to help fight the flames consuming the oilsands city, but the military would do so if asked.

In a disaster like this one, the role of the military is to help in ways no one else can, he said. “What we are looking at providing are unique capabilities that the province does not have,” Eyre said. “We are the force of last resort, and as such, we come in when other civilian resources are exhausted.”