Before Maclean's spoke to her, this Canadian woman was unaware that ISIS had published her personal details along with thousands of others. 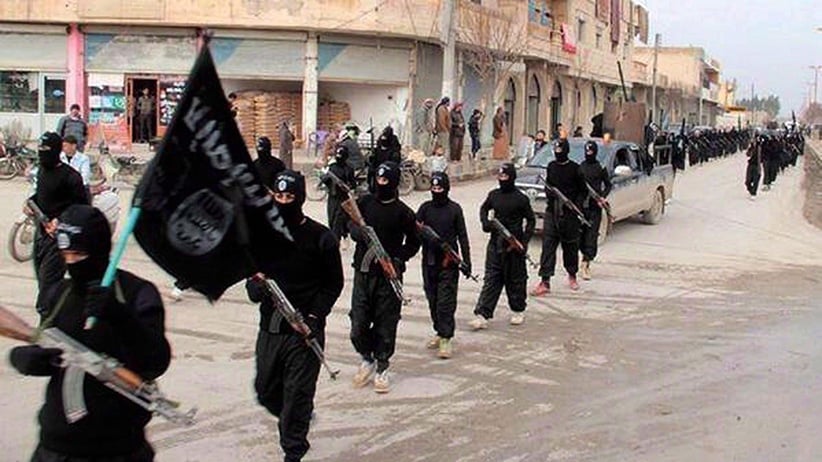 “You feel gross. You feel violated.” Kendra (not her real name) is 37 years old. She’s not on Facebook, nor Twitter, and is a big advocate of privacy. And on June 7, her name, email address, and home address were made available on a kill list sent out by pro-ISIS hacking group United Cyber Caliphate through the app Telegram. She didn’t find out until eight days later, after receiving an email from Maclean’s.

“It definitely sucks, and my mind’s sort of spinning to change everything that I can in my electronic life,” she says.

The list was obtained by Washington-based monitoring group Middle East Media Research Institute (MEMRI) and contains the personal information of over 8,300 people, including roughly 150 from Canada. Elliot Zweig, deputy director of MEMRI, said they sent the list to the proper authorities, including those in Canada, immediately after finding it.

In an email, Sgt. Harold Pfleiderer said the RCMP is “aware of this matter and is working with its domestic and international law enforcement and intelligence partners to assess this information and to notify identified Canadian individuals.”

And on Thursday, Public Safety Minister Ralph Goodale told reporters: “When this kind of a threat to Canadians is put into the public domain, all of the security, and police, and intelligence agencies of the Government of Canada respond in a robust way to keep the country safe.” He said this just after tabling a bill that would give a committee of seven MPs and two senators the power to access national security information and oversee any federal department involved in national security, including the Canadian Security Intelligence Service. Bill C-22, legislation promised by the Liberals in last year’s election campaign, is meant to appease Canadian outrage over the powers given to CSIS under the Anti-terrorism Act introduced by the Conservatives in 2015.

Over the past year, Canada has been ramping up its counter-terrorism efforts. In 2015, the RCMP reassigned more than 600 officers from other files to terrorism. And in April of this year, Prime Minister Justin Trudeau said Canada would allocate $51 million over three years to strengthen its counter-terrorism capacities in the Middle East and northern Africa.

But in a world that’s increasingly online, it’s increasingly more difficult to prevent personal information from getting into the wrong hands. David Harris, director of Ottawa-based international intelligence program INSIGNIS, says beyond ensuring you have the proper firewalls in place and watching for malware, there’s not a lot else you can do. “That really is part of the crisis of the modern age,” he says.

This most recent list is a lot longer, and seemingly more random, than those released in the past. “They’ve been: Here is a list of military personnel,” Zweig says. “Or even sub themes within that: Here is a list of drone operators whose personal information we’ve hacked. This list has nothing in the way of explanation of why these people ought to be targeted, nor what ties them together.”

According to Harris, these type of tactics, releasing large lists of what appear to be randomized names, can be destabilizing to a society. “It may be an effort to sew generalized fear within much broader audiences than any of the people immediately named and dissolved—the idea that anyone could, on an almost random basis, be selected for adverse attention.”

As for Kendra? She’s setting about changing her email address, her passwords, and her banking information. “Definitely going to be an administrative headache,” she says, “but it’s the only thing that would make me feel better about this right now.”