Almost 60 people died in the worst mass shooting in modern American history. This is the story of the last minute of one man's life—and the goodness that rushed in afterwards. 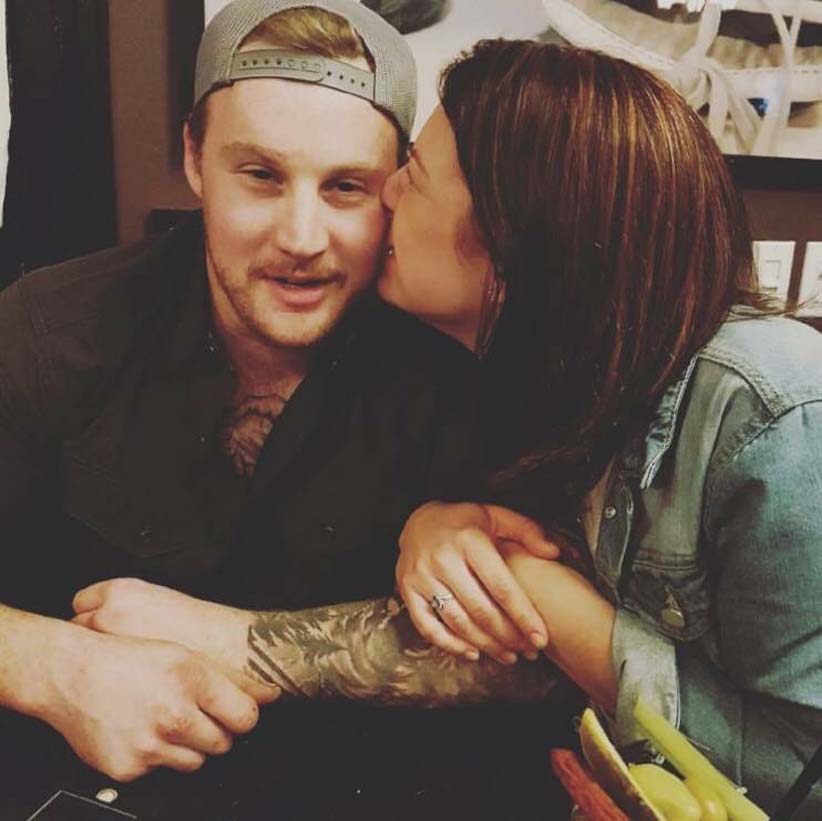 Three strangers held a ladder, looking for anyone who could help. Heather Gooze, hands already covered in blood, was called over to grab the corner. She held it with one hand, and with the other she reached over to hold the hand of the injured young man on the makeshift stretcher. His hand squeezed hers.

When the group reached the sidewalk, an area they had deemed safe from whoever was shooting late Sunday night, they put the ladder down and ran back into the music grounds to help more injured.

“They said, ‘Nobody knows who this is, but we have to go [get more people out],’ ” Gooze remembers. “Right as they were leaving, his fingers stopped holding my fingers.”

She shook him, but there was nothing. People asked how they could help but Heather was without words. What could they do? “You basically had to say, ‘DOA. Go help somebody else.’ ” Someone draped a T-shirt over the man’s face. Then his phone rang. Gooze picked up.

The person on the other end of the line asked for his friend, Jordan McIldoon. Was Jordan there?

The three-day Route 91 Harvest country music festival has been going for years. This was Gooze’s second year landing a highly coveted bartending job at the House of Blues, one of the main bars right off the main stage.

“Country music people are great tippers and the friendliest cowboys ever,” she says. “It’s a really good, fun event with amazing artists. People come from all over the world for this festival. The weather is amazing. It’s Vegas.”

As country star Jason Aldean performed on the main stage, the first round of gunshots popped from the 32nd floor of the Mandalay Bay hotel across the street. Gooze remembers thinking it was feedback from the speakers, or perhaps fireworks, as she held a credit card in her hand to charge a customer for some Budweiser. People were still dancing. Then everyone started to rush in all directions, passing the bar and through the back doors. At first she thought a group was trying to swarm the VIP area at the back, until she heard screams, followed by a second round of gunshots.

READ: How the Las Vegas shooting compares to the five most deadly gun rampages before it

As people tried to hoist others over the fence behind the bar to get to safety, Gooze joined 20 others to push the fence over so everyone could simply run out. Then she went up to the House of Blues VIP, when another set of gunshots rang out right in front of the bar. Gooze’s bar lead was spared by hiding behind an ATM. The woman next to him was hit.

As bodies were being pulled to the bar for shelter, Gooze ran to the medic’s tent for help. “It was like what you see in the movies,” she remembers. “Every two minutes somebody is running in.” There was a group of guys carrying a girl who had been shot in the back. Another group carried someone on a barricade gate as a stretcher. Strangers started pulling up in trucks and fancy cars, volunteering to drive the injured to the hospital, while Gooze and others helped carry them to the makeshift ambulances.

At one point she held a jean jacket against a victim’s head to try and stop the bleeding. She could feel the bullet hole on the back of his skull as she helped load him in a car. That man’s name was Chris. That’s all she knew, except she’s sure he didn’t make it.

Then she met Jordan, the man on the ladder.

As she stayed by his side, Facebook messages kept popping up on his phone. She wanted to reply, but the phone was locked. Then came a call from his mom, which a fellow good Samaritan answered. They soon found out about Jordan’s girlfriend, Amber Bereza, who was also at the festival so Gooze called her immediately.

She grabbed Jordan’s wallet and texted Amber a photo of his driver’s licence, to make sure they had IDd the right person. It was Jordan from Maple Ridge, B.C., and it was the right one. Gooze made a promise that she would stay by Jordan no matter what, so that Amber would know where emergency personnel are taking him. “I told her that I wouldn’t leave his side because at this point, there’s only two of us here who know who he is.”

Jordan’s mom called again and they talked through tears. “She asked if he was okay and I said no he’s not okay. And she asked if he’s dead. And I said yes. I was holding his hand. I’m not going to leave him.” Gooze learned about the young man she had known for mere minutes—how he earned his childhood nickname of Blimpy “because he was a blimp when he was little.” She learned about the tattoos, what a nice a boy he was, what an amazing girlfriend he had. He was days away from his 24th birthday.

When detectives and emergency personnel arrived, Gooze told them about Jordan, and how they could reach his parents and girlfriend. She stayed by his side until 3:30 a.m. when an officer told her that he’d be driving her home.

Covered in blood, exhausted and crying, Gooze accepted the lift.

[Update: Maclean’s has removed several photos previously published at the request of the family.]