How long after smoking marijuana should I wait to drive?

The easy answer is: Don’t toke and drive. Just don’t. 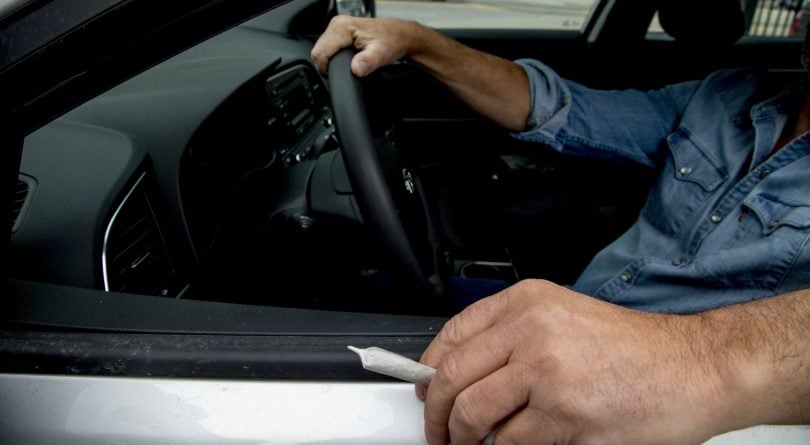 Nobody knows. At the very least, you should wait two hours after one hit, if not four hours or more—and that’s highly dependent on the THC level of the joint. You should wait even longer after you gobble an edible.

The easy answer is: don’t toke and drive. Especially in Quebec—there, you’ll get a 90-day licence suspension if the police find any at all in your system. (Most other provinces dole out the same punishment only if a driver’s THC level is above the legal limit.)

A 2016 survey by State Farm Insurance found 44 per cent of Canadians didn’t think cannabis affected driving skills. Lots of your stoner buddies will tell you they drive better while high—that they’re more “focused.” But the problem is that stoned drivers can be too focused: on their speed, on the car ahead, on any one particular aspect of their driving, and they might not notice a sudden change on the road ahead.

Traces of THC can remain in your system for up to 12 hours after consumption, whether you’re feeling it or not. (This will definitely be a problem for medical users.) There is no agreement on how much THC is too much to drive—the individual effect is far too subjective. First-time users will be affected much more than long-time tokers. The American Automobile Association’s Foundation for Traffic Safety declared in a 2015 report that there is no blood-concentration level of cannabis that would provide an accurate barometer of someone’s impairment level.

But setting a limit provides a one-size-fits-all standard—and, ideally, at least a deterrent. Under Bill C-46, if you drive with two to five nanograms of THC per millilitre of blood, you’ll face a maximum fine of $1,000. More than five nanograms—or having a mix of booze and THC—gets you a minimum $1,000 fine; repeat offenders could face up to 10 years in prison.

About those tests: they’re not perfect. The federally approved roadside police tool, the Dräger DrugTest 5000, takes a saliva sample (and can also test for meth, cocaine and other drugs). It has had its accuracy questioned in several reports for producing both false positives and false negatives, but is, at this point, the best available technology. Blood samples—which are legally binding, unlike roadside tests—can only be taken if you fail the roadside test, and only at a police station, by which point your THC levels might have dropped off considerably.

Even Bill Blair, the MP and former Toronto police chief who was assigned with paving the way to legalization, has admitted that cracking down on cannabis-impaired driving will be one of the biggest challenges: at the side of the road, in the courts of law, in the court of public opinion and everywhere else for that matter. Meanwhile, either keep your car keys in your pocket or pass them on.