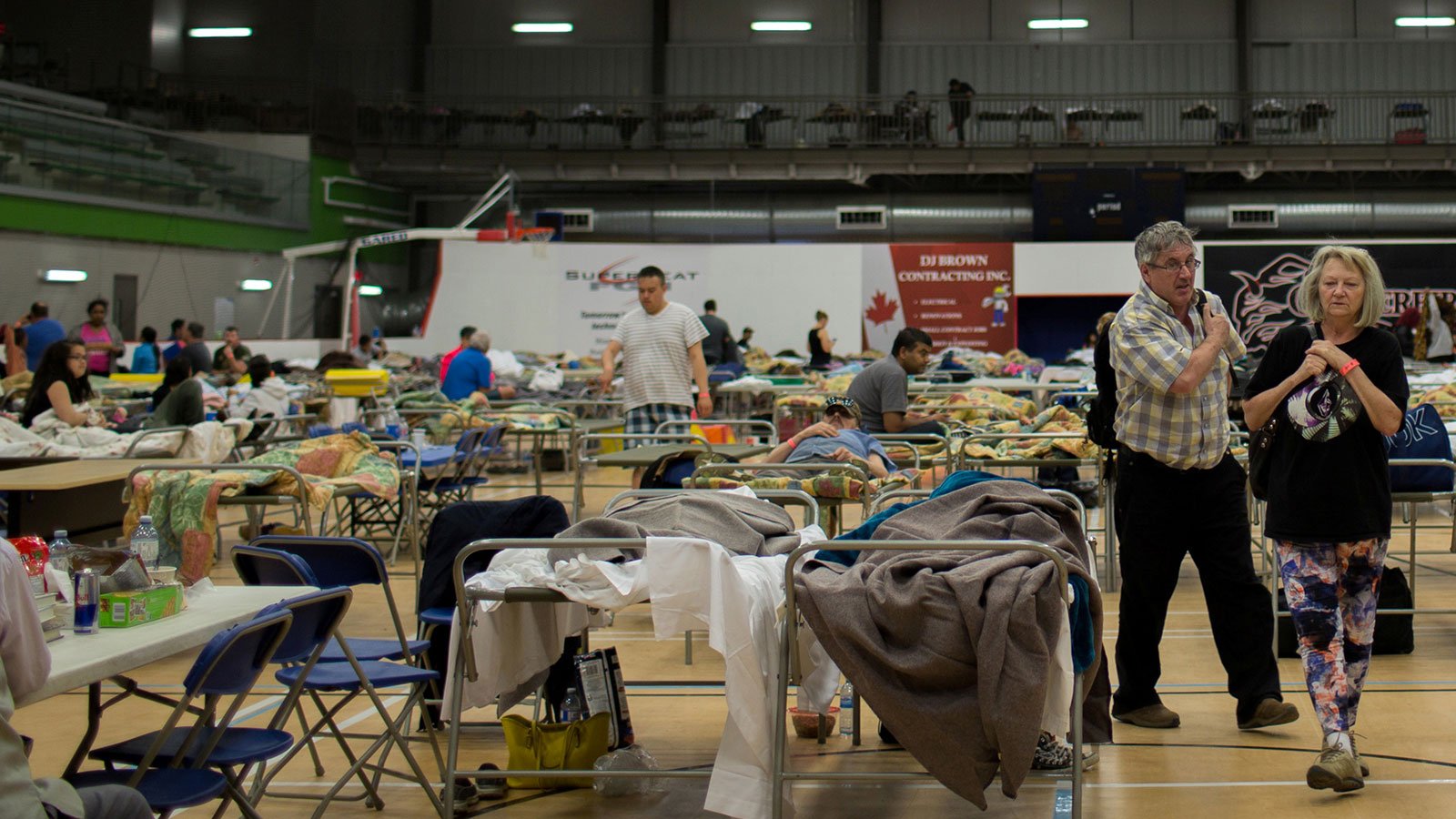 FORT MCMURRAY, Alta. — The Alberta government is continuing to roll out support services for evacuees from the massive Fort McMurray wildfire, and it’s a lot more than just a cot and a hot meal.

Municipal Affairs Minister Danielle Larivee says the province has plans in place to help people fill their medical prescriptions, get children back into school and even assist breast-feeding mothers.

She told a media briefing on Saturday afternoon that community pharmacies across the province can help anyone with identification fill their prescriptions. Those who didn’t have time to grab their purse or wallet can get help at evacuation centres.

“We know that many of you and your families may be concerned about missing classes and exams,” she said. “We have been in contact with all 61 public school boards in the province and we have asked they open their doors to our displaced students.”

Evacuated parents can simply take their children to school on Monday and sign them up, Larivee said.

Smoke near the ground can cause high health risk conditions. Further away from the fires, smoke is mainly aloft and only causing moderate air quality issues, it says.

Environment Canada says people in the affected areas may experience symptoms, such as increased coughing, throat irritation, headaches or shortness of breath. It cautions that children, seniors, and those with cardiovascular or lung disease, such as asthma, are especially at risk.

The fight against the fire that forced the evacuation of 80,000 and has eaten up more than 2,000 square kilometres of northern Alberta forest entered its second week on Sunday, and officials say it won’t be ending anytime soon.

Showers were forecast for the area Sunday but an official with Alberta Wildfires said they weren’t expected to have much impact on the fire.

“Unless we have a significant rain event of 100 millimetres of rain, we expect to be out fighting the fire in the forested area for months to come,” said Chad Morrison with Alberta Wildfires.

“That’s not uncommon with such large fires.”

As for the city of Fort McMurray, he said he expected they would get a good handle on the situation “over the next coming month or two.”

The Regional Municipality of Wood Buffalo, which includes the city, tweeted a picture of rain falling Sunday morning.

“It was only for a few minutes but the sight of rain has never been so good,” it said.

Despite the growing size of the fire, Public Safety Minister Ralph Goodale said Sunday morning that there are no plans to ask the army to help with firefighting.

“It’s still too early to think that it would be safe to bring in that personnel now,” he told CTV’s Question Period. “This is a beast of a fire and it needs the most professional fighters to contend with it.”

Goodale said there has been no direct damage to oil production facilities in northern Alberta.

“So, they will be in a position to get back and running relatively quickly after the danger is past,” he added.

There still is no timeline for residents to be allowed back into their homes, but the Alberta government has begun preliminary planning, though it stresses fighting the fire is still the first priority.

Premier Rachel Notley said the gas supply has been turned off in the city and the power grid has been damaged. Water in the city wasn’t drinkable and hazardous material will have to be cleaned up to make the community safe.

“The return won’t be in coming days,” said the premier. “Once the immediate fire damage is completed there will be an enormous amount of work to do to make the city safe and habitable.”