How to survive a kidnapping — when you're the victim's mom

From 2017: Lorinda Stewart worked for 460 days to secure her daughter's release from Somali kidnappers. But life afterwards wasn't the happy ending she imagined. 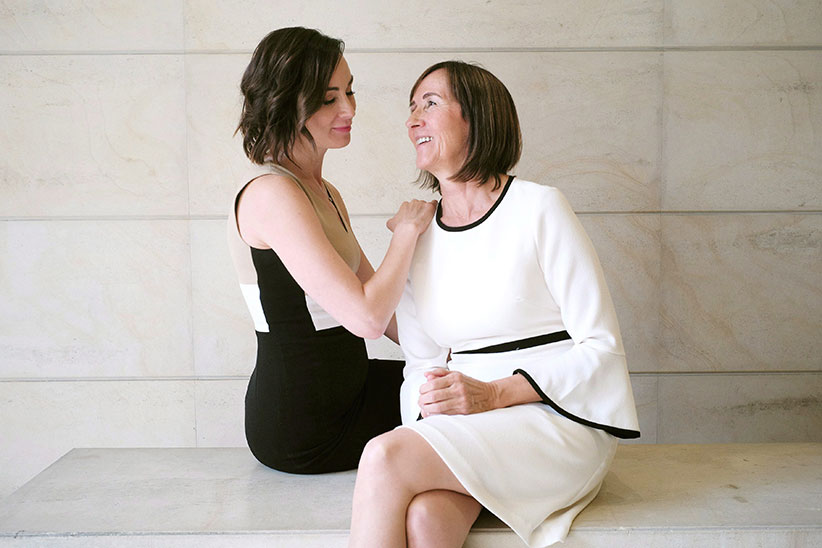 When Canadian freelance journalist Amanda Lindhout and Australian photographer Nigel Brennan were kidnapped by Islamic militants in Somalia on Aug. 23, 2008, it was the start of an agonizing 15-month struggle for their families. In a maelstrom of desperate worry, confusion, false rumours, financial hardship, and government-mandated secrecy—as set out in numbing detail in her 2017 memoir One Day Closer—Lindhout’s mother, Lorinda Stewart, drove herself relentlessly. She reached her goal on Nov. 25, 2009, when the pair were released. For the outside world, it wasn’t an entirely happy ending, given the physical and sexual abuse an emaciated Lindhout had suffered, but at least it was over. But it wasn’t: for all its moving detail about a mother’s love and ferocious dedication, One Day Closer is most compelling in the way it makes clear there’s no going back.

So too are Stewart and Lindhout in an interview about the memoir. Despite being surrounded for much of the time by family members and RCMP officers who were personally supportive, recalls Stewart, “I felt very much alone most of the time, that it was all on me.” Stewart says writing her book “brought back the anger” she felt at the Canadian government for how it handled—and failed to conclude—her daughter’s situation.

RELATED: Escape from hell: How Amanda Lindhout and Nigel Brennan were rescued from Somalia

The demands for secrecy and trust (without corresponding information); the order, at times, not to answer the phone (one officer, Stewart vividly remembers, told her that if she did, he’d “rip it out of the wall”); the requirement to avoid contact with the Brennans (later broken by the Lindhout family and accepted by Ottawa); following advice, against Stewart’s will, that resulted in Amanda being beaten while her mother listened over the phone; the outright lies (the Mounties told Stewart falsely that Mellissa Fung, after the CBC journalist’s own release from captivity in Afghanistan, did not wish to speak with her); and, above all, what felt like abandonment after nine months when Ottawa scaled back its involvement—all still rankle. “To be honest with you, looking back from where I am now, I wish they would have bowed out sooner, because then we could have brought Amanda home sooner.” Was the withdrawal a veiled invitation to go private, to hire a private security firm that would organize and pay a ransom—which eventually amounted to $680,000, not mention an estimated quarter million dollars for the firm’s service—something Canadian policy (and law) forbids? “Yes, it was clearly ‘You need to find another way.’”

That never-disappearing thought leaves a note of guilt in Stewart’s voice, an audible feeling of responsibility for pain and sorrow that was not at all her fault. The emotion is echoed by Lindhout. “It was a pretty harsh reality to come home to the enormous amount of sacrifices that people had made—I’ve been pretty clear that my family didn’t really have anything. And so while I was trying to find a way to reconcile the personal violence I endured in Somalia and move forward with my life, I was really wrestling on a primary level with what my family went through—even now when I read my mom’s book I understand on a new level how much she suffered.” Victim-shaming or not, Lindhout understands the impetus behind the questions she hears. “Something that remains even all these years later is the realization that my choice to go there, for my own ambition, had consequences that continue to resonate. You’re talking to my mom today and you hear the tremor in her voice.”

After Lindhout came home, “I had a pretty big breakdown,” says Stewart. “I’d been holding myself together for over 460 days and all the stress really just caught up to me and I hit the wall pretty hard.” Years passed, however, before the most overt physical reaction, when Stewart began shaking badly. “It was my whole body and my voice as well. I had a hard time functioning at all for a couple of years and I still have that tremor.”

RELATED: Uncommon bonds: The friendship of Lindhout, Khadr and Harper

Both women have been diagnosed with PTSD, although they do not seem to have discussed their experiences under that umbrella—Lindhout asked her mother during the interview whether she had received a professional diagnosis (Yes). “It’s been eight years and I have had very severe PTSD for most of them,” says Lindhout, who has been working with a New York psychologist for five years. She was only beginning to feel in control of her condition “late last year in the fall,” before the lead up to the Ottawa trial of Ali Omar Ader—the man accused of being the kidnappers’ negotiator—left her stricken again. (Ader was found guilty of kidnapping in December, 2017) Her diagnosis and treatment both represent “freedom” to her. “I’ve been thinking about Joshua [Boyle] and Caitlin [Coleman] … and how hard it was for me the first few years after release. The more that I learned about my condition the freer I became, knowing that this is something that happened to you that you can do something about it—a physical condition like a stomach ache. I could say, ok I just had a flashback but that was then and this is now. I don’t get lost in it like I used to which is where the real suffering was.”

Stewart, though, copes by self-reliance, turning to the same stubborn grit that got her through the first 460 days of what now seems to be a life sentence. “What works best for me is what worked during Amanda’s captivity, when I was always looking ahead with my mantra, that today is one day closer to Amanda coming home. So I just stay positive and focused on the good things, and grateful because life is so amazing. We’re past that now as a part of who we are. It is no longer who we are.”