How will the provinces sell pot?

Ottawa's bill to legalize weed leaves the provinces with hard questions about how to sell the drug. Here's what some have planned so far. 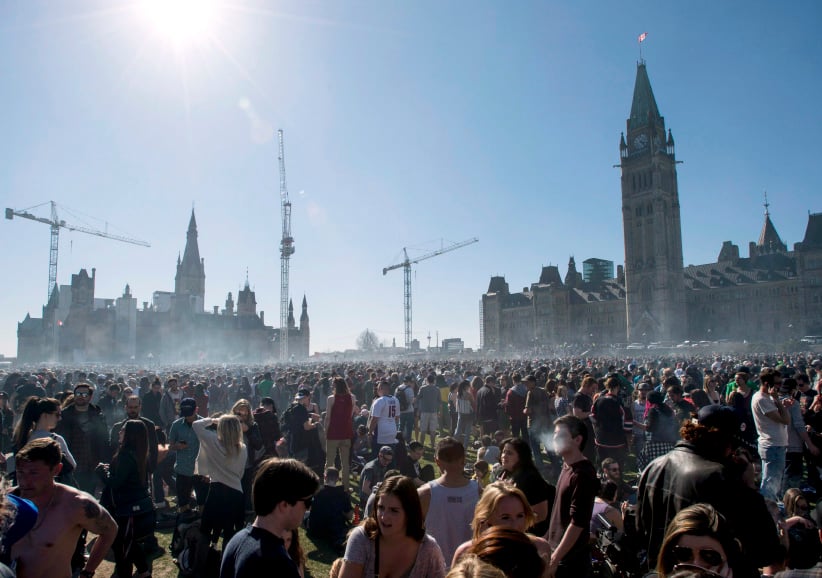 A cloud of smoke rises above the lawns of Parliament Hill during the annual 420 marijuana rally, Wednesday, April 20, 2016 in Ottawa. (Justin Tang/CP)

The federal government’s long-awaited marijuana legalization bill proposes to allow Canadians 18 and older to buy and cultivate small amounts of pot for personal use or to share with friends, even while it would impose tight restrictions and stiff penalties for drug-impaired driving or supplying minors. But the regulations from Ottawa also leave room for the provinces to decide many of the tough on-the-ground issues, including licensing of producers, distribution and retail sales locations and prices.

Here’s a brief round-up, then, of some of the preferences and ideas floated so far by various jurisdictions across the country: