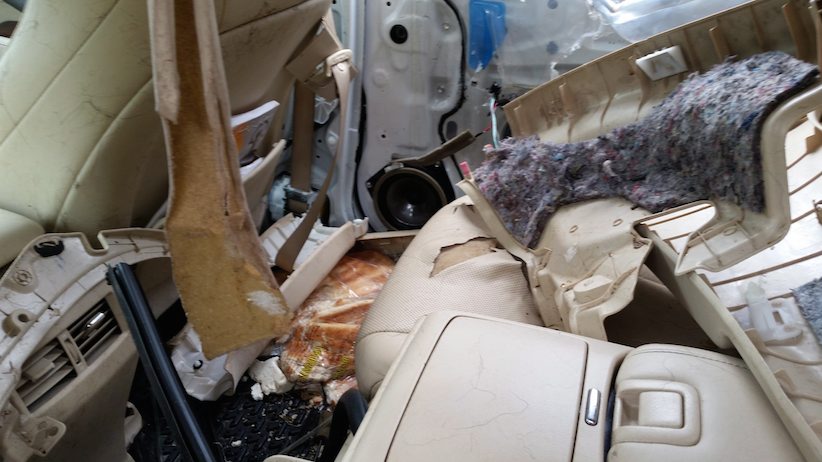 VANCOUVER — Police in West Vancouver have released photos of a car that they believe was torn apart by a black bear this weekend.

The photos show the rear passenger door of the car ripped back, its frame bent, side airbags trashed and seats shredded.

The attack was reported Sunday at a home in the upscale British Properties, and officers estimate damage at about $10,000.

Const. Jeff Palmer says police found hair and claw marks at the scene and are certain a black bear sniffed out a large amount of food that was left in the sedan overnight.

The neighbourhood backs onto the forests of the North Shore mountains and Palmer says it’s not the first time vehicles in the area have been damaged by bears intent on grabbing a snack.

He says bears remember where plentiful meals were found and the car owner has been warned to keep any other vehicles scrupulously clean to avoid further attacks.

“Bears are very, very powerful animals and, especially when they are hungry and motivated for a meal, a car window, door, that sort of thing, is really not much of an obstacle for a bear,” says Palmer.