Jason Markusoff's Alberta insider for March 27: Uniting Albertans against a Torontonian, Kenney vs. the 'modern world' on LGBTQ rights, and more 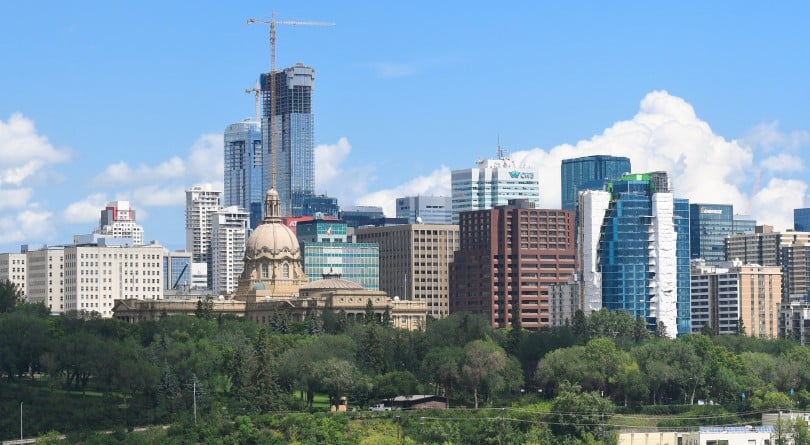 Every day during Alberta’s election campaign, Maclean’s correspondent Jason Markusoff will analyze trends, promises, bozo eruptions and any other notable news from the hustings. Sign up for the Maclean’s politics insider to get Markusoff’s inside track in your inbox every morning.

You’ll hear this ad nauseam during this Alberta campaign: the race will be fought and won in Calgary. But if Rachel Notley somehow retains her hold on Cowtown yet loses her stranglehold on the ridings around Edmonton—“the donut,” as some campaigners know it—her government is still toast.

Rather than launching in the provincial capital (and her hometown), Notley announced the April 16 election in Calgary. The NDP won 15 of the city’s 25 seats last time. The party can afford to lose only eight in the province to retain a majority in the 87 seat legislature. Keep that number eight in mind: she has nine seats to defend in the bedroom communities and “rurban” areas that circle Edmonton, including mid-sized cities Sherwood Park, Spruce Grove and St. Albert. Think of it like Toronto and the 905—they’re demographically and culturally distinct, but a successful party can win both.

Notley did so in 2015. She swept Edmonton and most of the outlying area: you have to drive far in most directions from downtown’s Jasper Avenue to get to UCP country. Jason Kenney’s fight to retake the region starts in the donut, where 2015 NDP victories were narrower and the electorate is more blue-collar, and then the party chews its way into Edmonton via the suburbs. Small wonder that Kenney’s Day 1 began with an announcement in industrial Leduc, just south of the city, and ended with a rally downtown.

Polls show the UCP close or tied to the NDP in the capital region, which means Notley has work to do the surrounding smaller towns that often crave visits from party leaders, and can reward them with big front-page photos in the local newspapers. Notley made several spending announcements for road expansions and industrial projects before the campaign, but didn’t venture outside Edmonton in Week 1. She’s scheduled to give the donut some attention next week. Her candidates will be grateful.

Kenney vs. “the modern world”

Jason Kenney encountered furor from many corners for his pledge to replace the NDP’s bill to protect gay-straight alliances with a weaker one from the bygone Tory days. He maintains it’s still the most generous in Canada, but it erases rules on publicly declared LGBTQ-friendly policies in private schools, and which limit teachers’ abilities to inform parents their kids are in the peer support groups—a policy the NDP enacted to limit risk of schools outing students as gay.

LGBTQ rights advocates, other party leaders and the Alberta Teachers Association denounced the UCP’s plan as dangerous and retrograde. A normally pro-Kenney voice may have been heard loudest, though. National talk-radio host Charles Adler, a conservative who considers Kenney a friend and often lionizes him, spent much of Tuesday night’s show with guests who warned about grave harms to at-risk youth if Kenney enacts this reform. Adler seemed to fight back tears throughout his program. “Modern-day democratic parties in the modern world don’t roll back rights and don’t roll back protections for minorities,” Adler said. (Global News Radio)

The new foe: some Toronto councillor

In an Alberta feeling besieged and alienated with its oil pipelines consistently thwarted, them’s fightin’ words. Kenney brandished a letter he’s written to Toronto’s mayor about this being divisive and “injurious to national unity.” He read parts aloud at an unrelated news conference. “Albertans are tired of being a punching bag for virtue signalling political efforts that seek to apply a higher standard to our oil than OPEC oil or other sectors in our economy,” he said about a proposal that seems to not single out western Canada’s oil over any foreign entity’s. Later on Tuesday evening, Notley tweeted her own displeasure, not wanting to be seen as squishier than her rival on defence-of-oil postures. (Calgary Sun)