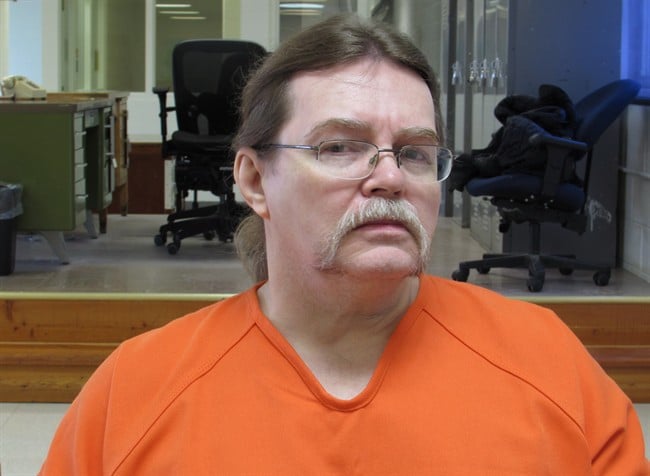 Canadian Ronald Smith, who has been on death row in Montana for killing two young men over 30 years ago speaks with the Canadian Press in this photo taken on Oct. 4, 2016. (Bill Graveland/CP)

DEER LODGE, Mont. – A Canadian on death row in Montana has been living on borrowed time since admitting he murdered two young men more than three decades ago, but he says he has renewed hope he might be able to return home with the support of Justin Trudeau’s government.

“I’m ready to come home,” said Ronald Smith, 59, in an interview with The Canadian Press last week at Montana State Prison. “If you’re willing to take me back, I’m willing to come home.”

Smith, who is originally from Red Deer, Alta., has been on death row since 1983 for fatally shooting Harvey Madman Jr. and Thomas Running Rabbit while he was high on LSD and alcohol near East Glacier, Mont.

That’s a marked shift from the former Conservative government, which initially decided against seeking clemency for Smith or any other multiple murderer facing the death penalty in a democratic country. A court ruling later forced the government to abandon the policy but Smith’s lawyer accused it of “treachery” for its handling of a clemency hearing in 2012.

Smith, who will become a great-grandfather next year, hasn’t changed much over the years. His red hair is still shoulder length and the only grey is in his moustache.

Back when he was first charged, he refused a plea deal that would have seen him get a life sentence and instead asked for the death penalty.

Smith had a change of heart and has been on a legal roller-coaster for decades. An execution date has been set five times and each time the order was overturned.

He said the only reason he changed his mind about accepting his death sentence was because of his daughter, who he reconnected with about 10 years ago.

“I figured the way the law worked that the appeals process would run out in 10 years and then I would be executed. I was wrong,” Smith said. “I didn’t think it was going to be possible to stretch this out.”

While Smith’s family is anxious to see him spared, the family members of his victims have lobbied for his death.

“The decisions he made he has to pay for,” Running Rabbit’s son told Smith’s clemency hearing in 2012. “He had no mercy for my father — a person I have never met.”

It’s unclear when there might be movement in Smith’s case either way.

All executions in Montana have been on hold since 2008 when a court fight began over the types of drugs used during the process.

“The government of Canada is working with Mr. Smith and his legal representatives to support his case for clemency,” said John Babcock in a email.

Smith, who has been considered a model prisoner during his time in Montana, said he understands the anger of the family members of his two victims. But he said he has grown up since he committed his crimes.

“I think that’s what so many people don’t understand, is separating the crime from the person,” Smith said.

“It was a drunken aberration is what it was and I think some people finally have started to realize that. It’s not who I was.

“I was drunk and stupid and committed a heinous crime during that time.”