In economically arid Alberta, an electorate yearns for water

Candidates face the dauting challenge of explaining away the recession to hard-hit Alberta voters, living at the pointy end of the downturn 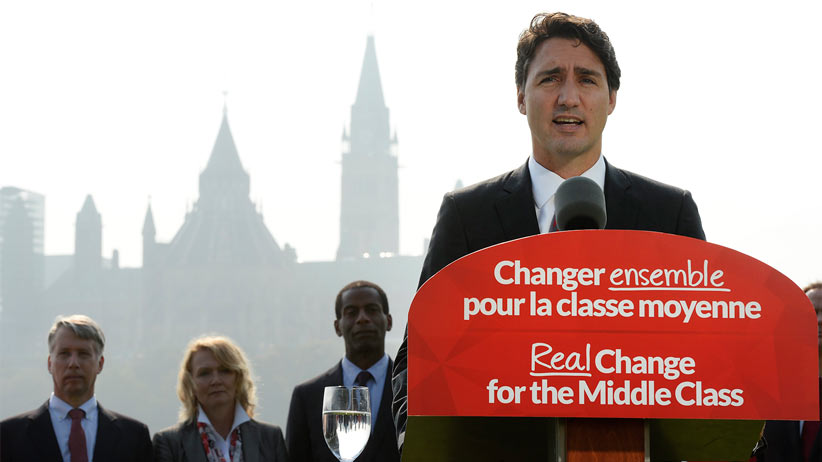 When election season intersects with drought season, the candidate who promises the crowd he can make it rain is the shyster. The candidate who insists to the anxious farmers they just have to ride out this cycle is as equally bound to face a storm of overripe fruit. The winner will likely figure out the most thirst-quenching yet sensible promises between those two extremes.

Statistics Canada confirmed this week that Canada has landed in a technical recession, two straight quarters of an economic dry spell. Thing is, it’s hard to notice these proverbial chapped fields in much of Canada—the unemployment rate is lower than it was last year, retail spending is up across most categories, and the housing market remains ever aloft.

Alberta is at the pointy end of this downturn. Residents see effects of oil’s price plunge from the “reduced” banners over lingering home sale signs to the empty desks and floors in downtown office towers. Penn West Petroleum and ConocoPhillips slashed a combined 900 jobs the same morning the recession became official.

Calgary’s unemployment rate has risen nearly two points since January and is Canada’s worst west of Sudbury, Ont., while across Alberta there were 78 per cent more Employment Insurance beneficiaries this June than last June. Oh, and personal bankruptcies have begun to edge upwards, ATB Financial chief economist Todd Hirsch pointed out Monday, a few hours after the Alberta government forecast a year-long economic contraction.

As candidates door-knock in Alberta, they don’t talk economy in abstract “R-word” terms as often as party leaders in more economically robust (or at least consistent) parts of Canada. They can’t win votes saying they’ll bring up the global price of crude any more than they can make the unemotional economist’s argument, that anything but the most interventionist government action won’t do much to help short-term job prospects.

But they’ve got to say something.

“I want you to know you’re not alone,” begins Aaron Paquette, NDP candidate for Edmonton–Manning, when Maclean’s requests his pitch to a recently unemployed voter. “Not that that helps, but there are other people going through this as well.”

Paquette says he’s encountered many Edmontonians in this predicament, and others who have taken pay cuts.

Beyond empathy, he says the NDP would ensure EI is funded properly, and bring in a $15-a-day daycare plan. “People who are struggling obviously qualify. Means that mom and dad can both go looking for a job,” he says.

Comforting messages don’t often come with fine print. The NDP hadn’t released its EI policy when Paquette spoke. The party’s daycare pledge would bring less than one-sixth of its promised 370,000 new spaces by next spring.

Matt Grant slings lawn signs over his shoulder as his Liberal red sneakers roam the Calgary Confederation electoral district. He’s heard a university geology grad complain that two years on, barely one-tenth of her classmates have jobs in their field. Liberal candidates have the classic stimulus plum of job-creating infrastructure, though that deficit-inducing investment appears to be spread proportionally across the provinces, rather than targeted at the ones most needing a kick-start. “We’re going to provide a middle-class tax cut and more money in the pockets of families, because we think when the middle class is doing well, Canadians are doing well,” Grant adds, then concedes this will only help once family members find jobs. 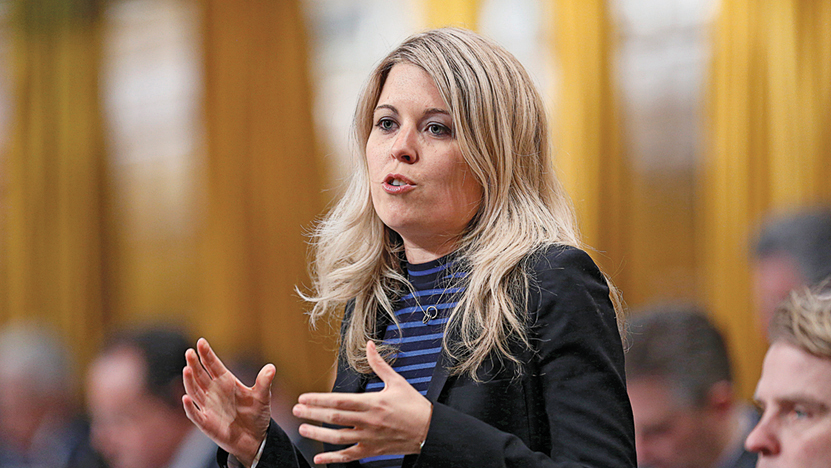 In Calgary Nose Hill, Michelle Rempel is seeking her second term as Conservative MP. She prescribes compassion as well, and notes her government’s “cash back in people’s pockets” strategy will help struggling families, most notably the big per-child benefit cheques that arrived on the eve of the election call.

“That $6,600 figure for a family of four; that’s tangible. There’s recognition of that,” Rempel says, rolling in other Harper-era tax credits and measures to get that sum. Touting her own party as stable and more supportive of industry, she verbalizes the attack ad, raising the spectre of the other guys’ new regulations and carbon taxes on the downsized oil patch. “You can’t throw major economic shocks into a market that’s softening, and that’s why a high-tax agenda and debt scares people,” she says.

Maclean’s also asked Laval University economist Stephen Gordon what tangible solution he’d suggest. His answer reminds him why he can never be in politics.

Gordon’s ilk would be pleased to hear not all voters are looking for the quick fix. At one door, Grant tries to bring up economic anxieties to stir the passions of one voter.

The woman gives the Liberal a bit of a look.

“A lot of that’s beyond anyone’s control,” she says.