In Fredericton, a mourning city’s hour of truce

Rare is the day when police and outlaw bikers give each other quarter. The tragedy in Fredericton led to just such a scene. 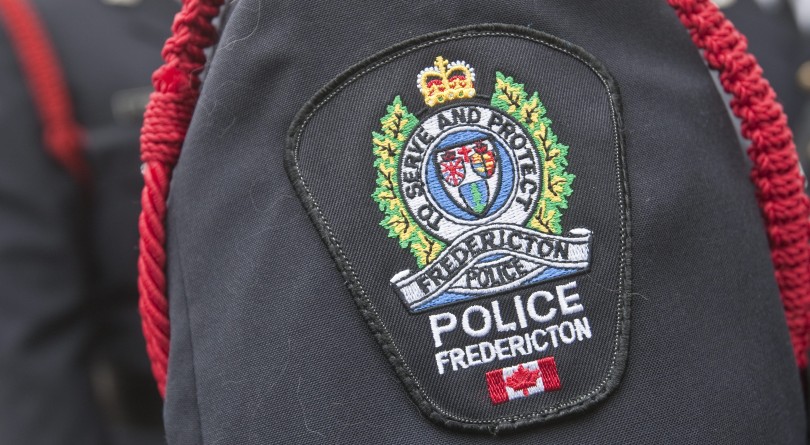 On Aug. 18, while the eyes of the nation were trained on the regimental funeral procession for two fallen Fredericton police officers, an extended family of motorcyclists had also assembled, the pistons of their Harley-Davidsons thundering as they rode out of the city in a parade of their own.

The two ceremonies—one rich with the pomp and protocol of law enforcement; the other with the rites of groups known to offend the law—honoured the lives lost in what many describe as the worst crime to ever befall Fredericton. It was, to say the least, a study in contrasts.

The seemingly random shooting deaths of Donnie Robichaud, a former member of the Bacchus Motorcycle Club, his girlfriend, Bobbie Lee Wright, and Fredericton police constables Sara Burns and Robb Costello forever changed the small capital city of 60,000 and erased the city’s mindset that it is immune to the gun violence that’s erupted in other, larger cities. “We grew up in a way that we didn’t want to grow up,” says Mike O’Brien, the city’s mayor. “We grew up overnight to all of a sudden be a bit warier, a bit more protective and suspect.”

Fredericton is a city known for its white-collar gentility, slow pace of life and stately elms. Behind the church steeples and farmers’ markets, though, crime has been getting worse, according to Statistics Canada’s crime-severity index (CSI), which factors in both the number of crimes and their seriousness. Between 2016 and 2017, Fredericton’s severity measure jumped 17.1 per cent to 85.61, higher than Canada’s overall CSI of 72.87. The city’s violent crime index rose 30.4 per cent.

It was just after 7 a.m. on the second Friday in August when gunshots reverberated outside the quad of low-income apartments on Brookside Drive. Wright, a 32-year-old home support worker, and her new boyfriend, Robichaud, 42, had been packing her car to go away for their first weekend together when they were gunned down in the parking lot.

The call came into the city police station during a shift change. Costello, 45, a father and stepfather to four, was just coming on duty. Burns, a 43-year-old mother of three, was just finishing her shift. They hopped in a patrol car together and were the first on the scene. As they ran to assist, they were ambushed by bullets from a rifle pointed out the side window of a third-floor apartment.

Matthew Vincent Raymond, 48, a resident of the top floor of the apartment complex, is charged with four counts of first-degree murder in the deaths.

The week of mourning that followed was striking, because the victims and those who remembered them represented the separate faces of New Brunswick’s capital. Just a year and a half ago, Robichaud had gotten out from under the thumb of Bacchus MC, an outlaw motorcycle club linked to the Hells Angels; in July, a Nova Scotia judge declared Bacchus a criminal organization.

Robichaud was in the midst of sorting out his life and finding happiness when his life was cut short, said his friend Tony Pollock, who organized the memorial ride. (There is no indication that the shooting was linked to his association with the club.) “The man had walked on the dark side a little bit and he was trying to come back out of that,” says Pollock, who is not affiliated with any motorcycle club. “For this to go south the way it did, that upsets me more than anything else.”

In the days that followed, the #FrederictonStrong hashtag became ubiquitous as the city put on a brave face. But at the regimental funeral, Fredericton Police Force Chief Leanne Fitch admitted the deaths of all four had “shaken us all to the core, here at home and across the country.”

One consolation many, including the mayor, are holding on to is how the tragedy has brought the community together, particularly the neighbours of Brookside Drive who normally kept to themselves, the near evangelical support shown for first responders, and the thousands who turned out to join hands around the St. John River.

The sentiment seemed to ease some of the age-old antagonism that exists between police and bikers—at least temporarily. Pollock says he sat down with the RCMP for 5½ hours to create a plan to ensure the motorcycle ride in honour of Robichaud didn’t impinge on the regimental funeral parade. He says police were concerned about how many so-called “one-per-centers”—a term outlaw bikers use to describe themselves—might show up. “At the end of the day, it all boiled down to respect. We wanted to respect what they were doing, and we understood what they were doing and they basically wanted to keep an eye on us,” he says. “It worked out that they had a little lighter mood toward us at the end because they knew we were doing things the way they would like them done.”

At about the same time as pallbearers carried the flag-draped caskets of Burns and Costello into the arena filled with thousands of police officers from across the country, the ride in honour of Robichaud was beginning. Just a few kilometres away, 87 bikers fired up their Harleys and rumbled along a road that follows the St. John River to the steel arches of the Burton Bridge, which was one of Robichaud’s favourite places to go. The ride culminated at the exhibition centre downtown for a benefit concert and live auction to raise money for Robichaud’s three children and one grandchild.

People came by the hundreds throughout the afternoon and evening, and while the vast majority rode motorcycles, a fire truck full of City of Fredericton firefighters at one point dropped by to deliver a $600 gift. (The benefit raised $26,300 in total.) As is the norm, police officers attended covertly: four of them surveilling quietly in a group while bikers in leather jackets emblazoned with the black-and-yellow Bacchus patches smoked and socialized.

But there was unprecedented sympathy for the police among members of Robichaud’s crowd, Pollock recalls. “It really struck home with me to hear these big, tough biker guys—I know how they work—say everybody deserves to go home at the end of the day,” he said. “It was kind of surprising.”

As the overcast sky gradually darkened, the city raised all its flags back to full staff in recognition of the end of the regimental funeral. Around the same time, in the parking lot of the exhibition centre, the deafening rumble of a Harley-Davidson starting up turned heads and elicited cheers. “That’s a tribute to Donnie,” said Pollock. “He would do that in a parking lot. He’d just fire his bike up, rev it right to the limit and then shut it off.”