‘I didn’t want to be a follower anymore’

Andrea Landry on the needs of Indigenous youth 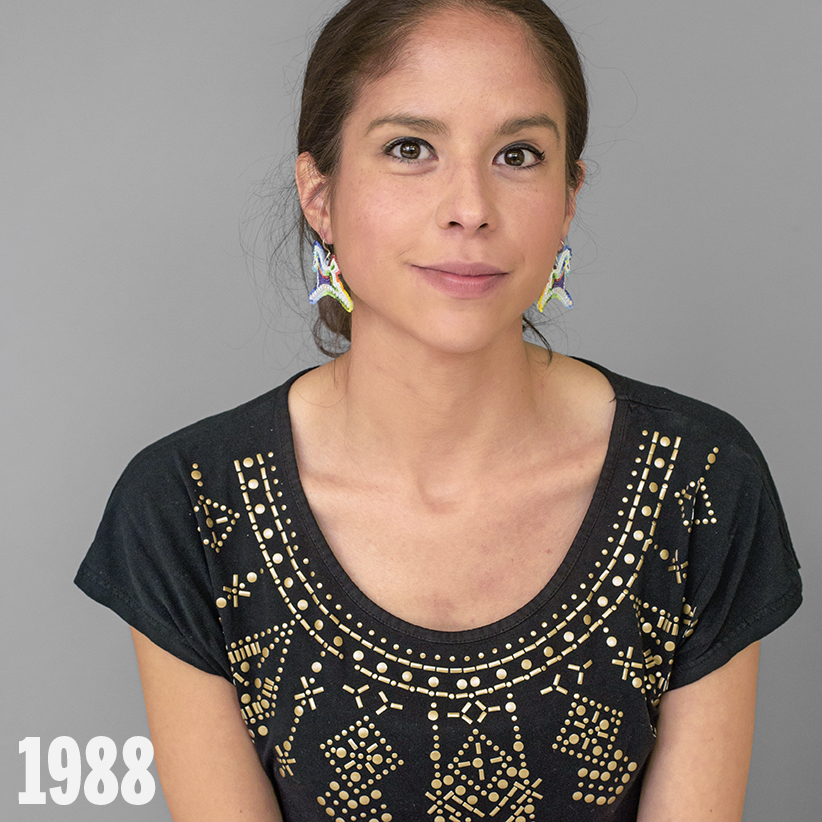 In 2012, when Andrea Landry started thinking about organizing an Idle No More protest in Pays Plat First Nation, her home reserve east of Thunder Bay, Ont., she was told, “No one’s going to participate. Don’t bother.”

That didn’t stop her. On Dec. 28, Andrea and 30 others—nearly half the town’s population—gathered at the side of the Trans-Canada Highway to protest Bill C-45 and stand in solidarity with Chief Theresa Spence, the movement’s hunger-striking matriarch. It was hardly her most lively rally—she ended up organizing and attending nearly a dozen Idle No More demonstrations, including the 1,000-person protest in Ottawa—but that’s not to say it wasn’t meaningful.

Because her father was in the military, Andrea spent her childhood on the move across B.C., Ontario and Quebec. “I lived in 18 different houses,” she says. “I’ve been everywhere.” But Pays Plat was always home—an inevitable summer destination where she’d fish and spend time with friends and family, including her twin and older sisters.

Though she now has a close relationship with her mother, Andrea struggled with family life in her teens. “There weren’t many support networks in place for me at that time in my life,” she recalls. “I was drinking, partying, trying to find a way to escape from the reality of what was going on in my life.” She remembers faking a smile for social workers. For a few years, she was in a violent relationship. “When I was about 21, it hit rock bottom,” she says. “From there, I put all my passion and anger into my work.”

Inspired by her own upbringing, she studied child and youth care in Nanaimo, B.C. “Okay, what did I really need when I was 13 or 14?” she asked herself. “I needed someone who knew what I was going through and didn’t have any judgments.” Becoming a youth representative with the National Association of Friendship Centres, a network of programs and services for young Indigenous people, helped her become that person. 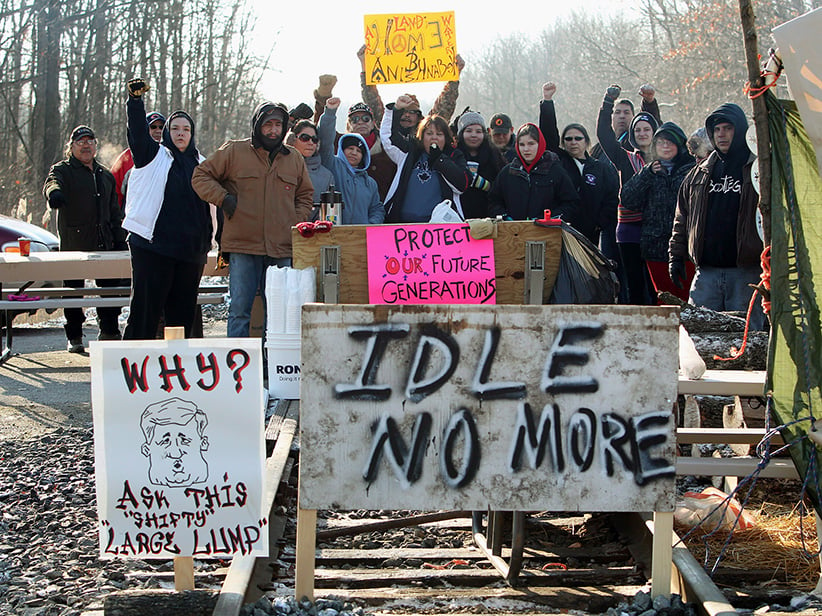 A 2012 Idle No More demonstration in Sarnia, Ont. (Dave Chidley/CP)

It also propelled her toward a position on the United Nations Global Indigenous Youth Caucus. “The point was to represent the voice of North American Indigenous youth, which is impossible,” Andrea says of her role. She relished the opportunity to meet and listen to the stories of young Indigenous people from across the globe, but she felt she began falling into the trap of believing the UN would solve Indigenous problems. “The only thing that’s going to help our issues at home are people as a collective,” she adds. “They were just building a space for us within their system for us to follow them. I didn’t want to be a follower anymore.”

Since leaving the UN, Andrea has taught Native and political studies at the University of Saskatchewan. She lives in Poundmaker Cree First Nation—where she’s working on a novel and training to run a second marathon—though she herself is Anishinaabe. “I don’t identify myself as a Canadian,” she explains. “When it comes to Indigenous identity, it’s not a matter of where it plays a role in your life or when it appears. It’s always there.” — Luc Rinaldi