'He gets it. He sees the need to do something.' 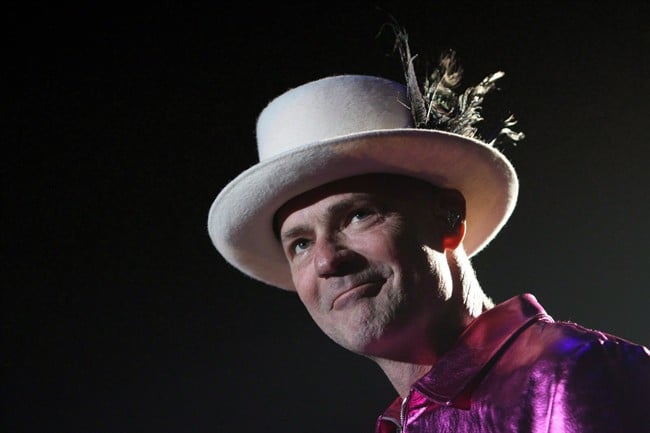 Downie spoke passionately of struggles in Canadian native communities during what was widely presumed to be the iconic band’s final performance on Saturday in Kingston, Ont.

Addressing Prime Minister Justin Trudeau, who was in the audience to take in the show, Downie expressed fears that Canada’s beleaguered indigenous peoples are perhaps in more dire straits today than they have ever been.

The singer, who’s battling terminal brain cancer, said he believed Trudeau could help bring about meaningful change and called upon Canadians to be more mindful of northern affairs.

Indigenous leaders say Downie’s assessment is accurate and thanked him for taking time to speak up for their communities in the midst of his own struggle.

They say Downie’s words are yet another powerful call for change that they hope both politicians and regular citizens will heed.

Perry Bellegarde, national chief of the Assembly of First Nations, said he was surprised and moved by Downie’s call for action.

Bellegarde was one of millions of Canadians to watch a nationwide broadcast of the concert. He said the Hip frontman’s decision to share the limelight with an often-forgotten segment of Canadian society sent a powerful message.

“To use a platform in that regard to focus on priorities and issues, it really speaks to his strength of character,” Bellegarde said in a telephone interview Tuesday.

“And he gets it. He sees the need to do something.”

Downie’s remarks were sprinkled throughout the nearly three-hour performance that elicited both cheers and tears from the adoring crowd.

The singer thanked Trudeau repeatedly for coming to the show, but also for taking steps to address the long-standing concerns of a community he feels has been overlooked.

He added: “It’s maybe worse than it’s ever been, so it’s not on the improve. (But) we’re going to get it fixed and we got the guy to do it, to start, to help.”

Bellegarde said he believed Downie was referring to the chronic poverty and Third World living conditions that prevail in indigenous communities across the country, specifically citing lack of quality housing, safe drinking water and educational resources.

Downie, whose iconic lyrics have often delved into aspects of Canadiana that go unexplored by other musical acts, has spoken up about indigenous issues in song before.

The Tragically Hip’s 2012 album “And Now for Plan A” features the song “Goodnight Attawapiskat,” a track named for a northwestern Ontario town that has most recently been grappling with a youth suicide crisis.

Past governments have promised money and resources to address the longstanding housing and infrastructure shortfalls in the community, but residents contend that nothing has changed.

Ontario Regional Chief Isadore Day said Downie’s words are a timely reminder to more than just politicians. All Canadians, indigenous or otherwise, should share the singer’s awareness of the issues and be on alert for ways to help address them, he said.

“The rest of Canadians have an opportunity to take the lead from this icon and continue to look at the work that needs to be done on reconciliation,” Day said. “We really owe it to him for making this a front-and-centre issue.”