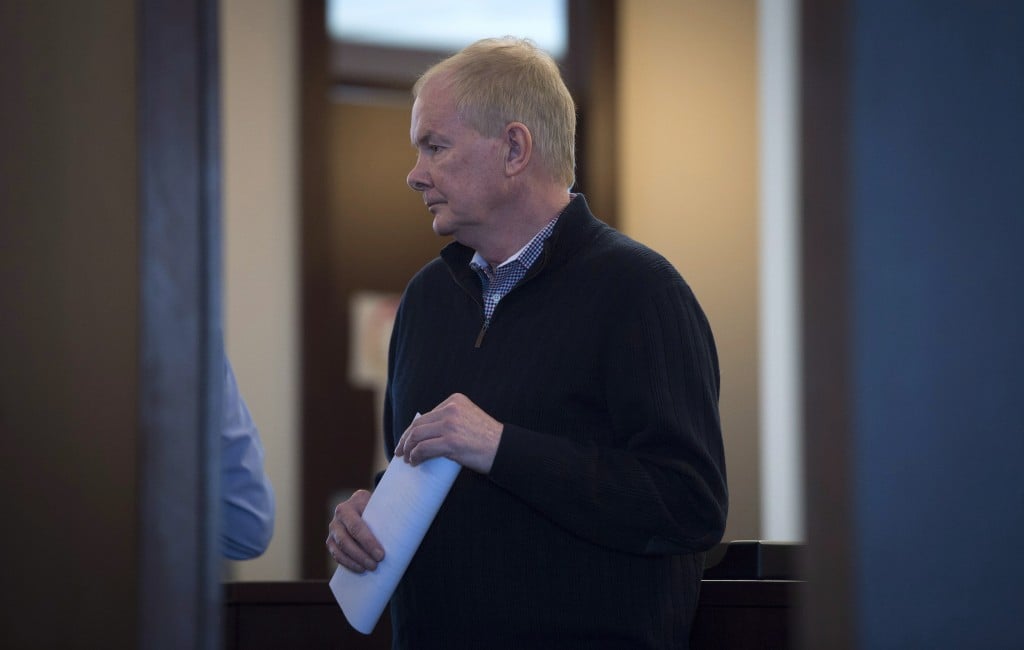 VANCOUVER – The only Indigenous professor on a committee working on a new sexual assault policy at the University of British Columbia has resigned from the group after the school brought back John Furlong to speak at an upcoming fundraiser.

Daniel Heath Justice said in a letter to university president Santa Ono that the decision “silenced and erased” allegations that Furlong physically abused First Nations students while teaching at a Catholic school in Burns Lake, B.C., in 1969 and 1970.

Justice, chair of First Nations and indigenous studies, said he could not continue to serve on the committee because Ono’s reversal has undermined the credibility of the process.

“I believe that a viable and legitimate survivor-centred approach to sexual assault cannot stand with integrity alongside this deeply troubling decision,” Justice said in the letter posted on Twitter.

The university cancelled Furlong’s speech at a Feb. 28 student athletics benefit after a graduate student circulated a letter critical of him. But Ono reversed the decision this week, calling Furlong a “champion for amateur sport” who is especially qualified to speak.

Furlong, the former Vancouver Olympics CEO, has vehemently denied the allegations, which first emerged in a 2012 newspaper article. Journalist Laura Robinson later lost her defamation suit against Furlong, with a judge ruling her reporting constituted an attack on his character.

Several indigenous professors have criticized the university’s decision to invite Furlong back. Charles Menzies, an anthropology professor, said he is troubled by the matter.

“I strongly support Daniel’s decision to resign as it is an act of good conscience,” he said in an email. “If we are serious about reconciliation then UBC is going to have to do more, and do it with compassion.”

Furlong has said the school’s decision to cancel the speech caused him and his family “deep hurt and embarrassment.”

Claire Hunter, a lawyer for Furlong, said he has consistently stated he is innocent and pointed to the ruling in Robinson’s case, which included testimony from a nun who said Furlong was “kind and respectful” to students and she never saw him use the strap.

The RCMP has said an investigation into physical abuse allegations concluded without charges.

Furlong dropped his defamation suit against Robinson, so the allegations contained in her article have not been tested in court.

University spokeswoman Susan Danard said the university is not commenting further on the decision to invite Furlong to speak again.

The university began working on a sexual assault policy last year after complaints that it had delayed acting on multiple allegations against a PhD student. The B.C. government later brought in legislation requiring universities to have policies in place by May 18.

Sara-Jane Finlay, associate vice-president of equity and inclusion and co-chair of the committee, said Justice was a very important member who provided significant contributions.

“We are saddened by his resigning from the committee but we do respect his decision,” she said.

Finlay said the group was in the final stages of producing a redrafted policy that will be submitted for public input on Feb. 14. She said it was working hard to recognize “the issues of power and privilege that are an inherent part of sexual assault.”

“The president’s decision (to bring back Furlong) is really counter to the work that the sexual assault policy committee is trying to do.”