Indigenous tenacity and new Charter rights could transform our courts 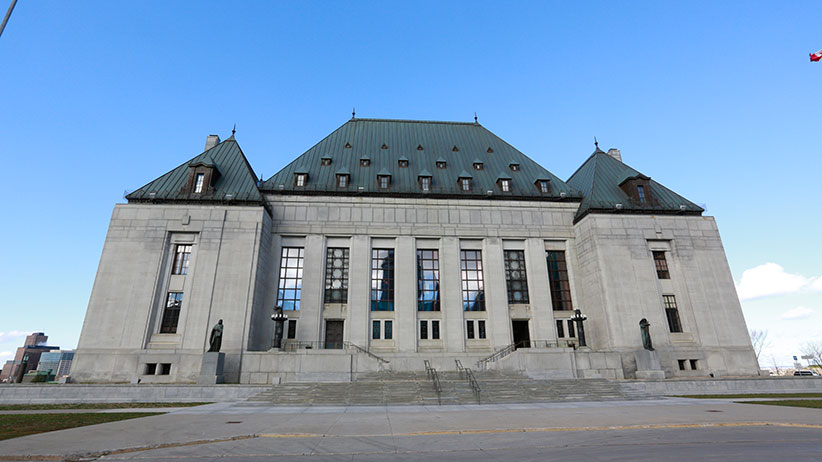 This is part two in a three-part series on institutional transformation at Canada’s sesquicentennial. Part one looked at revitalized Canadian federalism, and this instalment explores the future of Canada’s legal institutions.

For outsiders, the law can be difficult to grasp, let alone transform. It is a classic insider’s discipline, requiring specialized knowledge of fossilized jurisprudence and arcane rules. It’s so steeped in the past that Canadian Supreme Court Justice Rosalie Abella has quipped that any good litigator from a century ago “could, with a few hours of coaching, feel perfectly at home in today’s courtrooms.” For those without legal training, not so much.

The courts can also appear to value stability over justice. As the U.S. Supreme Court’s Louis Brandeis once put it, “in most matters it is more important that the applicable rule of law be settled than that it be settled right.”

But the law can change.

Despite its rock-hard surface, Canada’s legal landscape could shift seismically in the coming decades, moved not only by its most esteemed jurists but also by the ideas and actions of communities, articulating their own understanding of law and asserting their own authority.

First, the Charter of Rights and Freedoms still contains seeds for new growth. A dominant narrative posits that although the Charter represented the vanguard of human rights thinking at its inception, the Supreme Court depleted its creative gusto in the 1980s and has interpreted the Charter more reservedly ever since.

However, big recent cases striking down prohibitions on sex work and assisted suicide signal that the pendulum might be swinging back.

More fundamentally, new social and economic rights could shake up how we think of a Canadian citizen’s relationship with their government. According to Martha Jackman and Bruce Porter, the result of the present lack of rights protection is to “banish those living in poverty and homelessness from access to justice and the equal protection and benefit of the Charter.”

While the Supreme Court has assiduously sidestepped the establishment of social and economic protections—in part because of costs that would be imposed on government—legal rock star Lorne Sossin points out that the Court has “shown equal hesitation in foreclosing this possibility.”

And some judges have boldly stepped into the fray. In a famous dissent, Louise Arbour made the case that social and economic rights should fall under section 7’s protection of “life, liberty, and security of the person.”

As this dissent germinates in the Canadian legal imagination, the Court has taken other small steps necessary for the transformation. First, it relies increasingly on social scientific research, which paints a vivid picture of the harm caused by social crises like homelessness. Second, it has given more space to administrative bodies to make reasonable decisions consistent with the Charter and international human rights norms.

Together, these forces could combine to nudge Canadian courts through the open constitutional door to social and economic rights, enhancing the obligations of the Canadian welfare state.

The living tree of the Charter could also yield fruit in the form of environmental rights.

The canonical purpose of the Charter is to insulate individual rights from overbearing governments. Climate change shows that these rights can no longer be understood in isolation from wider relationships to water, air and ecosystems.

Environmental rights directly protect individuals’ health, security and liberty to live where they like, but they also support other constitutional rights. As University of Ottawa legal scholar Lynda Collins puts it, “A constitution not grounded in a healthy, sustainable environment is a paper temple—a mere recitation of rights with no real guarantee of their survival over time.”

One-hundred and forty-seven of 193 UN Member States have now constitutionalized environmental rights. And such rights make a difference: these countries tend to be better at reducing their air pollution, carbon emissions and ecological footprints.

If environmental rights are to spring up on Canadian soil, they will likely be driven by the original stewards of this land. Aamjiwnaang First Nation has been legally battling water and soil contamination in Chemical Valley for years. The Ktunaxa Nation in British Columbia awaits a Supreme Court decision on whether freedom of religion can insulate traditional territory from resort development impacting ecosystems.

But Indigenous peoples are also showing how legal institutions can grow in a dramatically different way: they’re starting their own courts.

Mohawks have been applying their own laws since before Jacques Cartier ever set foot in the area, but Indigenous legal administrations are boldly reasserting themselves today in communities like Kahnawake and Akwesasne. These courts are not merely grafted onto the unitary settler court system; they are administering Mohawk law. Chief Judge P.J. Herne from the Mohawk Tribal Court on the American side of Akwesasne explains that many lawyers assume the court follows settler law, “but that’s not the case. Far from it. We make our own laws.”

Judge Herne adds that by recognizing Mohawk authority, legal bureaucracy can be streamlined and red tape slashed: “Our southern border is in New York and our northern border is in Quebec and Ontario. It’s far more problematic for those governments to handle matters and far easier for us. We’d be far more effective at working out things with ourselves.”

McGill legal scholar Kirsten Anker points out that the Akwesasne Mohawks in particular are “pushing the self-government envelope. What’s unusual in this particular instance is that the law is not claiming to fit” into the settler legal system. Provincial and federal justice departments, meanwhile, are moving to recognize rather than quash these self-generated legal institutions.

The law presents an austere, unflappable front. As American federal judge Richard Posner puts it, “Judges have had roughly two thousand years of experience in trying, with considerable success, to awe the laity, project a self-congratulatory aura.”

But this remains a façade that conceals the dynamism and contingencies of legal development. “Society is made and imagined,” explains Harvard legal philosopher Roberto Unger, “The structures of social life are our creation.”

Because of the persistent fruitfulness of the Charter, as well as the tenacity of Indigenous communities and jurists, Canada 150 offers us a chance for us to see past the law’s serene surface to tectonic shifts below. While the law may always appear to be an imposing structure, this anniversary is a chance to understand it for what it is: a mountain of our own making.

Fraser Harland and Mark Dance are alumni of the non-partisan Parliamentary Internship Programme and current law students at McGill University. The third part of their trilogy on institutional transformation at Canada 150 will look at the democratic reform and the future of Parliament.