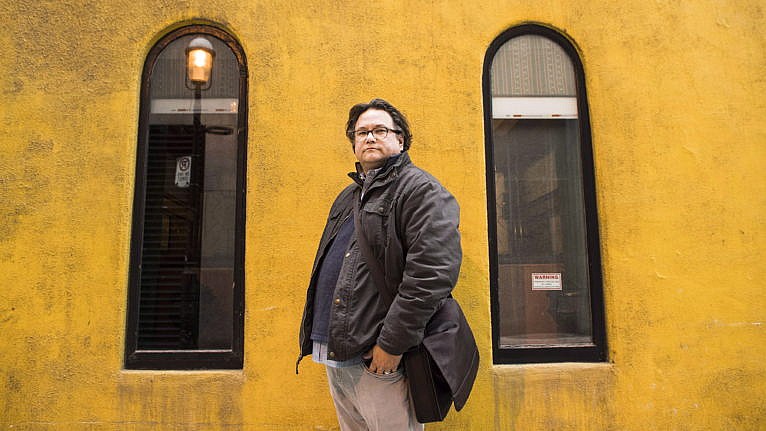 Jesse Wente is one Canada’s most respected Indigenous voices. For more than 20 years, he was a regular commentator on film and pop culture for the CBC Radio program Metro Morning. In 2018, he became the first director of the country’s new Indigenous Screen Office. Appointed to the Canada Council for the Arts in 2017, he became its chairperson in 2020.

Wente, a native of Toronto and member of the Serpent River First Nation, is also the author of new book, Unreconciled, which is both a memoir and a polemic about the challenges of reconciliation between this country and First Nations. He spoke about it with writer and University of Manitoba academic Niigaan Sinclair.

Q: You’re widely known as a film critic and political commentator, but here you’ve written a memoir. Why?

A: That’s a complicated answer but it begins in 2017, a time when there were a lot of conversations happening. That year was, of course, Canada’s 150th birthday, but it was also the time of the special edition of Write magazine that was supposed to feature Indigenous writing. In the introduction to that issue, the editor, Hal Niedzviecki, wrote: “In my opinion, anyone, anywhere, should be encouraged to imagine other peoples, other cultures, other identities,” and he encouraged people to try and “win the Appropriation Prize”—something writers in that issue were not telling the Canadian literary community at all. Through their work they were telling Canada, and Canadian literature generally,  to respect the agency, expressions and creations of Indigenous writers, not appropriate them.

READ: A cultural renaissance is blooming in Canada, led by Black and Indigenous artists

The year 2017 was also the year after the death of Colten Boushie, two years after the release of the Truth and Reconciliation Commission final report, and the first year of the National Inquiry into Missing and Murdered Indigenous Women and Girls, so there wasn’t a lot to celebrate. A lot of bubbles burst that year, including my own.

In my regular radio spot on CBC, I was asked to comment on the appropriation issue and how I felt at that moment, and so I did. But, in that moment, I realized I wanted to say more than a five-minute clip. That year felt like a time when so many of the things I had been thinking about, talking about and working towards came together, creating a sense of urgency that resulted in a book that took four years to write.

Q: You argue in the book for something called “narrative sovereignty” in Indigenous arts. What do you mean?

A: All my life as a film critic I’ve been asked about appropriation and why taking Indigenous stories or replacing Indigenous voices is bad. I’ve addressed this in film and literature so many times I can’t remember. Frankly, I’m sick of it. I’m far more interested in how Indigenous peoples hold their space, resist and make space for everything our communities have to say.

Now that I’m chair of the Canada Council of the Arts, it’s become very apparent to me that the struggle of Indigenous narrative sovereignty is crucial for us to understand, hear and make space for. Canada invests in its own narrative sovereignty in continuous and continual ways. This most often results in the erasure of Indigenous expression in all forms of the arts.

If we look at the history of most of the storytelling industries in Canada and the ministries and industries that hold up those stories, Indigenous people tend to be the burden, the foil, with the problem with our land claims, nations and sovereignties being in the way. This results in a battle over stories, with laws passed against our stories, our storytellers being arrested and killed, and our storytelling artifacts stolen.

RELATED: The Power List: Canada’s most powerful people in 2021

I wanted to speak to this through my story, my truth as a film critic but also someone who has watched film his entire life. What I’ve come to realize is that film is a medium where there are multiple tellers, multiple producers and multiple voices. Nowadays, these are increasingly Indigenous, and we are changing the industry. Indigenous artists, by telling our stories in our ways and in our homes, is what I say narrative sovereignty is all about, and Canada needs to sit, listen and watch. Movies—the medium I fell in love with while growing up—are spaces where Indigenous peoples are building the future.

Q: You’re very vulnerable in this book talking about your grandmother’s time in residential school, racism in your schooling, and harassment by police while growing up. You write: “Indigenous creators have almost never enjoyed the best of times, the best of anything. Instead, they’ve experienced not only a historical lack of financial and institutional support but also a cultural system largely devoid of Indigenous presence.”

You and I are both in a generation of firsts: Indigenous peoples in systems unintended for us and often built against us—something you struggled with during your time working at the Toronto International Film Festival and now heading up the Indigenous Screen Office. You also talk about how resistance is kindness. What do you mean?

A: One thing I’ve learned about in my life—and something I write about a lot in the book—is how if I am going to walk through a door, I am going to keep it open so my cousins can come in, too. I first learned that during the time of Oka, when our relatives out east fought so hard to show us what resistance and love look like. It means paying back to people who have fought for you to be here, it means standing up against racism when it presents itself, and it means being kind and generous like my grandmother was. It’s funny, I never heard my grandmother Norma say a bad thing about Canada even though she had every right to. She just lived her life, went to church and raised myself and my cousins to be who we are.

Q: Speaking of Norma, what would she say about your book?

A: I wonder if she’d even believe I wrote it. She died before I started my professional career but she in so many ways made me who I am. I won’t ever really know what she would have thought. I can tell you, you know, when I hear her, she seems pretty proud and pretty happy and tells me to keep doing what I’m doing. The last time I visited her, I left a copy of the book at her grave here in Toronto, where she is buried next to my grandfather Jack. Hopefully they get a chance to read it.