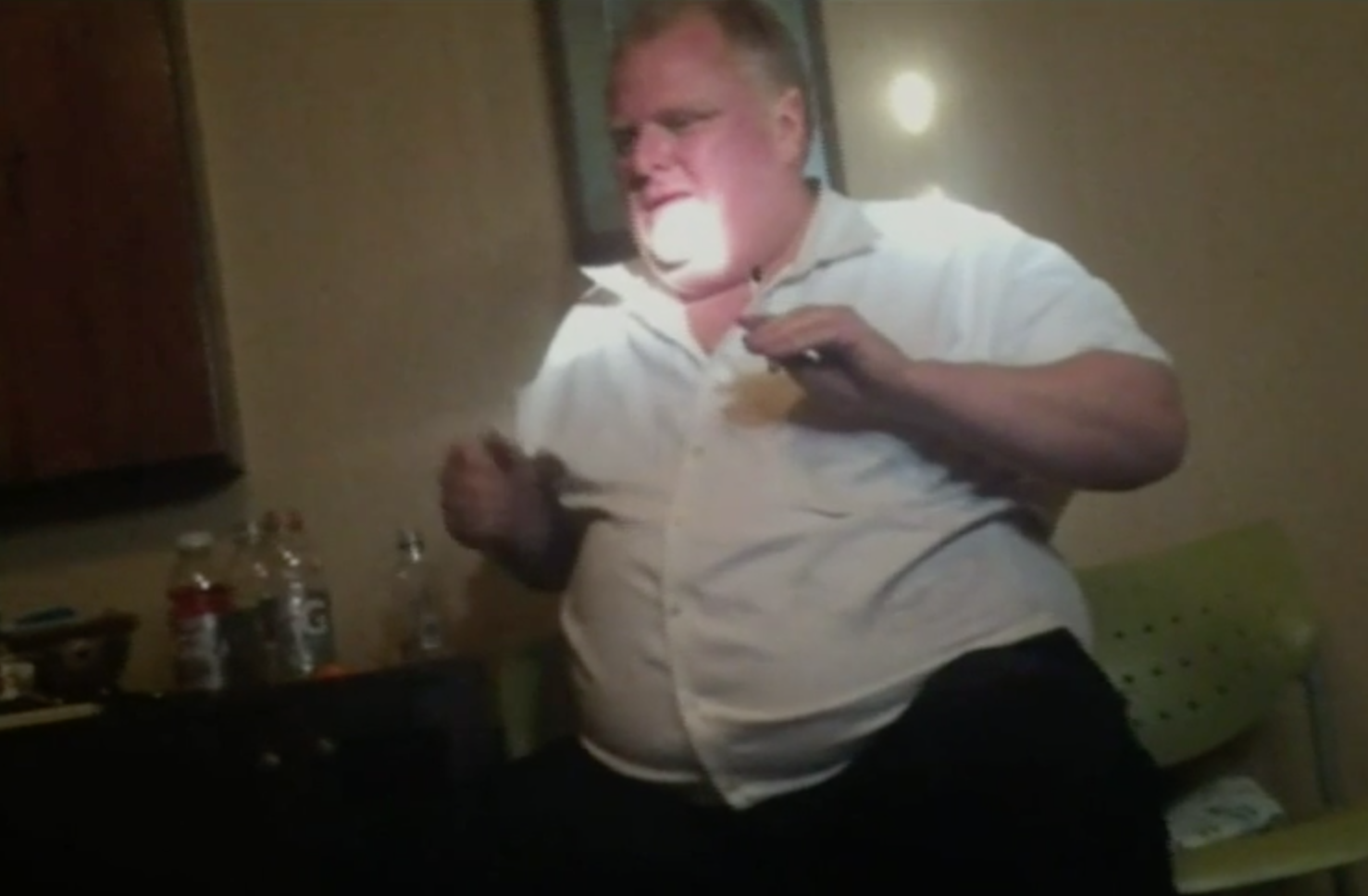 The footage was released following the end of a court case involving Ford’s friend and driver Alexander (Sandro) Lisi.

The so-called “crack video” made international headlines when it was first reported in May 2013.

Lisi had faced an extortion charge related to efforts made to retrieve the infamous footage.

Ford, a volatile, larger-than-life figure, died earlier this year from a rare form of cancer.

His “crack video” first came to the public’s attention when American news site Gawker and the Toronto Star reported seeing the clip on which Ford appears to be smoking crack and making racist and homophobic comments.

The media outlets said the video was being shopped around by men allegedly involved in the drug trade.

Ford initially issued repeated denials of illegal drug use but eventually admitted in November, 2013 that he smoked crack cocaine about a year earlier while in one of his “drunken stupors.”

Lisi was arrested after a large police investigation and had been scheduled to stand trial on the extortion charge in September.

But a Crown lawyer said a resolution had been reached with Lisi’s lawyers on the matter in July, and has asked a Toronto judge for the extortion charge to be withdrawn.

As part of the resolution, Lisi has agreed to abide by certain conditions, which include keeping the peace, maintaining good behaviour and not having contact with certain individuals involved in his efforts to retrieve the Ford “crack video.”

“Mr. Lisi, with this I take it that we have reached the close of a rather tumultuous chapter in the civic life of this city,” said Justice Ian MacDonnell, as he closed the case on Thursday.