Inside Fort McMurray, when the fire hit

'The smoke was suddenly at a 45-degree angle. Then everything changed': A first-hand account of the flames in Fort Mac 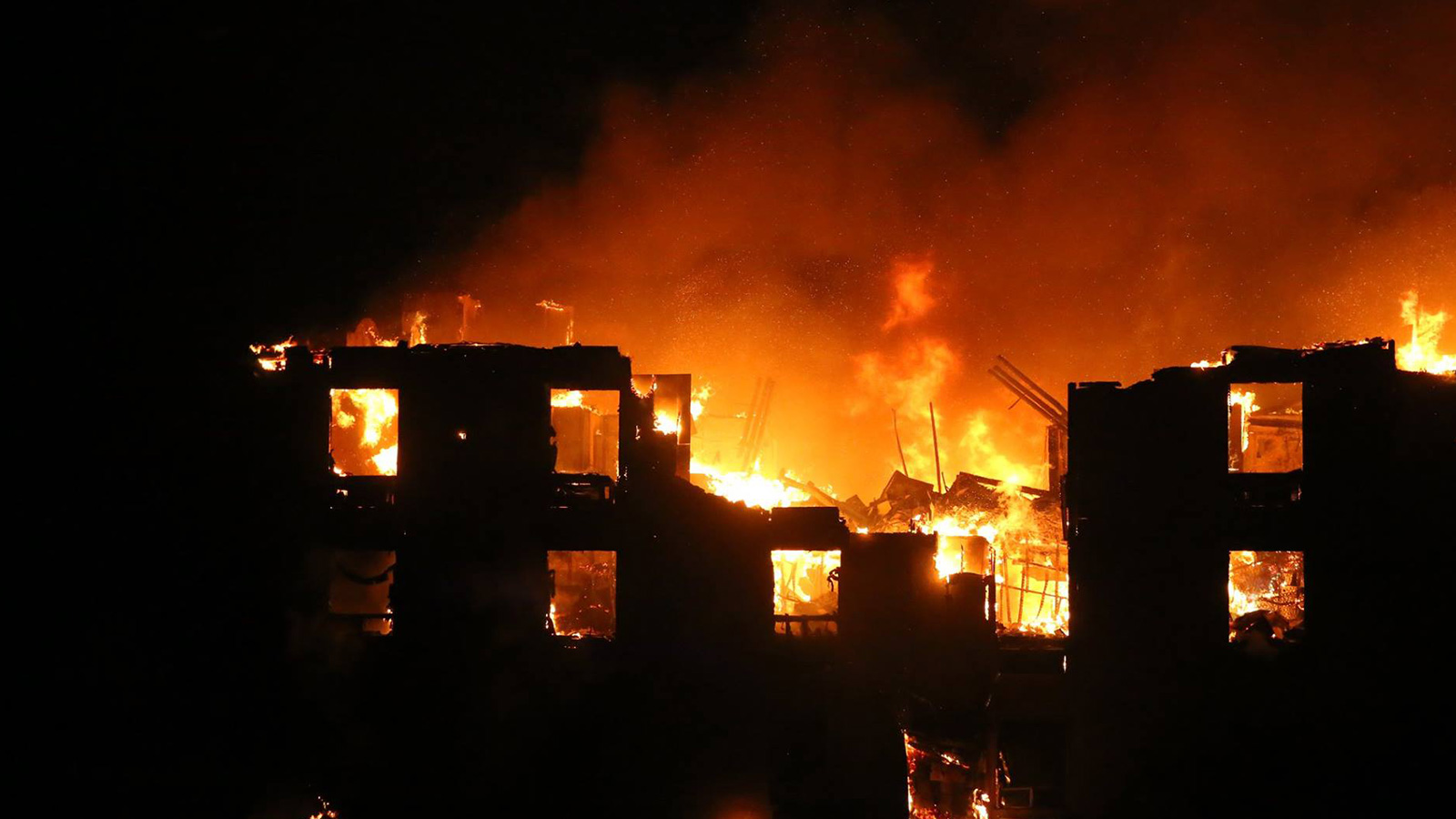 Paul Mahe got an up-close look Tuesday at wildfire in all its ferocity. The 39-year-old plant maintenance superintendent had, like many, gone to work after a first evacuation order was partially lifted in Fort McMurray, only to hear that another had been issued. He got out of town minutes before the flames began tearing through homes and businesses on the city’s south side. Mahe, who owns a house west of Edmonton, left behind the rented condo he lives in while working in Fort McMurray. Here’s his story, as told to Maclean’s national correspondent, Charlie Gillis:

“It was 12:37 pm when I got in my truck to go to lunch, and everything was looking good. The fire was down. The smoke clouds were all white. We’re in the industrial area right beside Hertz car rental, near the Super 8 that burned and the Shell gas station that blew up.

“I guess everyone was getting too comfortable. They were evacuating in a timely way, but you could see the smoke was suddenly at a 45-degree angle. Then everything changed. The wind was picking up and instead of it being a nice white smoke, it became black. And it started coming toward us.

“Everyone [in the area] started venting tanks where they worked—air compressors, oxygen, acetylene. You want to make sure nothing’s going to explode on any of the firefighters that may have to come in. I saw the people at Hertz watering down their roof. I guess people were just trying to keep their places from burning down.

“Everybody had the same idea to go home and get stuff out of their houses. Lots of people’s loved ones were on the other side of town. So you had this huge traffic jam of people trying to get to the north end, to their homes. No one’s moving and the fire’s constantly coming faster and closer. By the time I left—I was the last one—the flames were at the tops of all the trees. I had to go out a back way, on Airport Road.

“It was strange, because in certain areas of Fort McMurray that day, it was sunny. You know: plus-30—a beautiful day. It was like that where we were, until the wind changed and all the smoke came to our side. So you’re walking around, thinking, ‘It’s not so bad.’ There was a crew near where I work mowing the lawn and raking and stuff, doing all this spring cleaning. As the fire came closer, you’re, like, ‘Uh, maybe they should stop.’ But, they were focused. I guess they had a job to do.

“Then you’re in the wrong area, and that changes everything. You’ll hear people talking about the heat. You could be somewhere where you didn’t see much flame, but the heat was just … incredible.

“Anyway, everyone was either on the road, or monitoring the fire. But they were calm. People were stopping to take their pictures, which slowed things down. Nobody was doing anything crazy—rush or anything. Everyone was trying to be safe. It was great to see.

“You didn’t have to question this evacuation. They’d been talking about it on the radio, and we all knew this was worse than the day before. Everyone understood.

Related: How did Fort McMurray get out alive?

“I didn’t go to my condo. It’s on the north side, and I just left everything behind and headed south. I believe our building is still standing, but today, I’m helping out the family of a colleague whose house burned down. They’re staying at my house until, well, whenever.

“Right now, I’m in my truck with a tidy tank full of gas in the back. I’m taking it to some other friends whose van ran out of fuel on the way out. They’re going to take my truck up, fill the van and just give the rest of fuel to anyone on the road who needs it.”