'A decisive win for all Canadians!' lawyer says 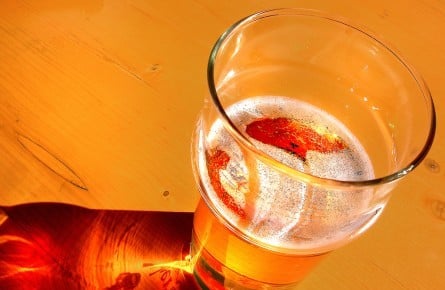 CAMPBELLTON, N.B. — A judge has dismissed charges against a New Brunswick man charged with illegally importing 14 cases of beer and three bottles of liquor from a Quebec border town, in a ruling defence lawyers say has “huge” ramifications.

Judge Ronald LeBlanc threw out all charges Friday against Gerard Comeau, one of four people facing charges after a police “sting” operation in 2012.

“Essentially, Judge LeBlanc’s decision confirms that what tens of thousands, potentially hundreds of thousands of New Brunswickers have been doing for the past 40 years is not a crime,” said Mikael Bernard after the ruling in Campbellton provincial court Friday.

Ontario-based constitutional lawyer Arnold Schwisberg, who was part of Comeau’s defence team, said the ramifications of the victory are national: “A decisive win for all Canadians!” he said in an email.

The New Brunswick Liquor Control Act prohibits anyone in the province from having more than 12 pints of beer that wasn’t purchased through a liquor store in the province.

On Friday, Comeau said he was “kind of pleased” with the decision, which came after the judge read his 88-page ruling.

“I was kind of surprised because the decision lasted two hours and 45 minutes, so sometimes it looked good, sometimes it didn’t look good,” he said.

The 62-year-old Tracadie man said the case wasn’t just about dodging a fine.

“The way I look at it, I’m a Canadian citizen,” said Comeau on Friday. “I don’t see any reason why I can’t go buy merchandise anywhere in this country and bring it home. You can buy anything else like cars, clothes, everything. Except for beer.”

His lawyers challenged the provincial laws as unconstitutional, arguing the Constitution says anything produced in one province shall be admitted free into the other provinces.

The prosecution told the court when the case was heard that the issue is whether the section of the Constitution Act applies today in a country that has developed significantly since 1867.