Is Canada's border plan helping anyone? 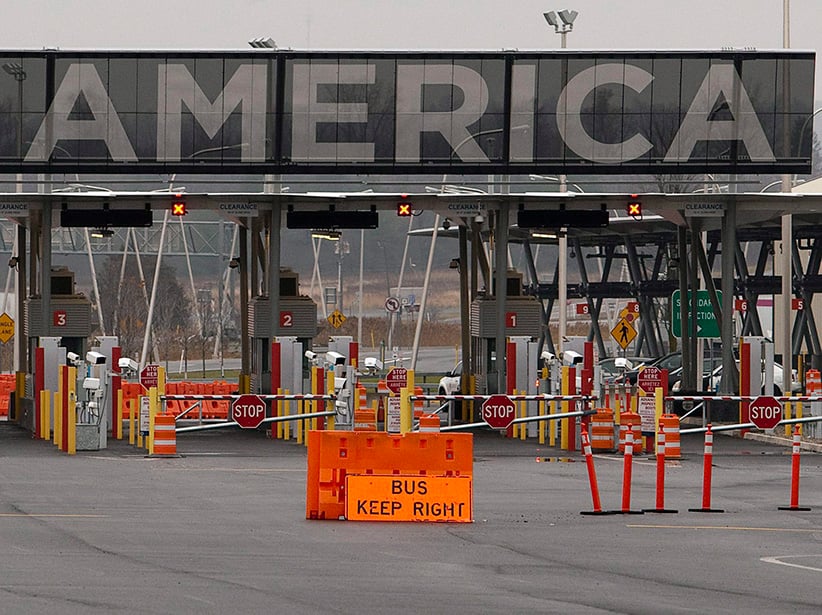 OTTAWA — The federal spending watchdog says the government has no way of telling whether its billion-dollar border plan is improving security or helping speed the flow of goods and people between Canada and the United States.

Auditor general Michael Ferguson says while departments and agencies completed many commitments of the high-profile Beyond the Border plan, they faced numerous challenges and lacked the means to measure results.

In addition, he finds the government’s own evaluation, made public in September, paints an incomplete and inaccurate picture.

The Canada-U.S. Beyond the Border initiative was unfurled in December 2011 to help protect the continent from terrorist threats while ensuring the efficient passage of travellers and shipments across the 49th parallel.

Ferguson says the issues are crucial, as last year close to $700 billion in goods traversed the border and people made nearly 150 million land crossings, with millions more by air or water.

He urges a number federal agencies to develop indicators so they can fully assess efforts involving everything from checked baggage screening to trusted-trader programs.

Federal agencies did not have reliable means of gauging performance for 17 of 19 projects intended to beef up cross-border security, Ferguson says.

For instance, agencies have spent more than $82 million on making it easier to share immigration-related information with the U.S., but there was no reporting to show it had improved decision-making on who should be allowed into Canada.

Another project allows commercial traders and importers to electronically submit all customs and regulatory information through a single window. But the Canada Border Services Agency could not demonstrate whether it was reducing costs or simplifying border processes.

Transport Canada is leading the installation of technology at several high-priority land crossings to provide wait times that could help people make decisions about when and where to cross the border. However, Ferguson says, the department had not measured the benefits of six existing installations in place for years.

The auditor general notes several projects — including an effort to track and share information about when people leave Canada — are behind schedule.

The government’s evaluation of the Beyond the Border initiative did not provide a complete view of the progress of projects, he adds. Notably, it neglected to report on the results of pilot projects or mention that some were postponed or shelved.