Is PKP the next Michael Ignatieff?

He will almost certainly take the leadership of the PQ, but he is a flawed politician in a troubled party, writes Martin Patriquin 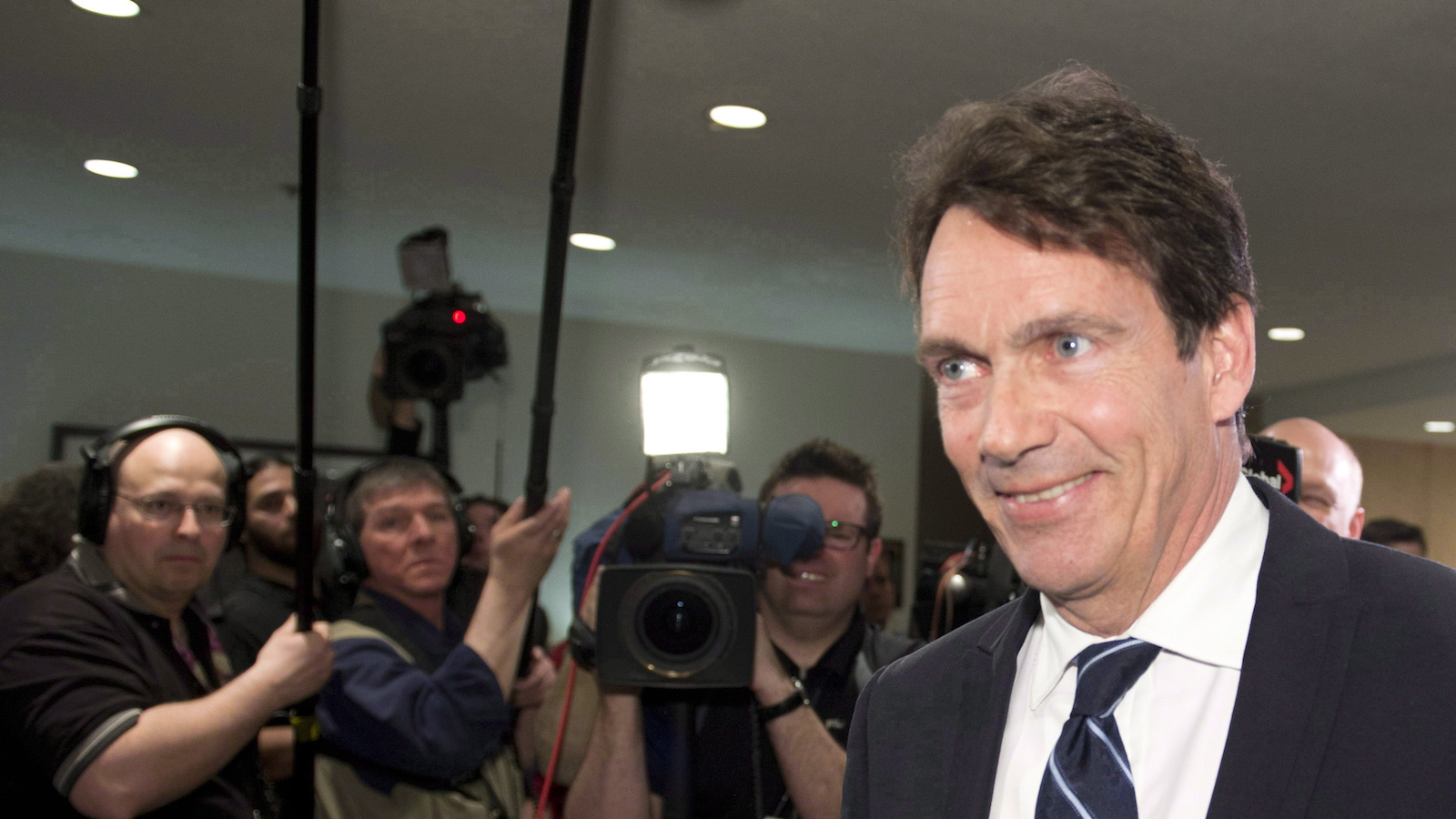 ‘PIERRE KARL PÉLADEAU TO RUN FOR THE PARTI QUÉBÉCOIS LEADERSHIP’

As far as headlines go, it’s about as unexpected as tomorrow’s sunrise. After all, the businessman, media tycoon, politician, Quebecois cultural touchstone, amateur cyclist and serial self-propagandizer (to name a few) has been campaigning for the job ever since Pauline Marois lost the election and her own seat last April. One might argue he’s been after the job since he was but a disillusioned teenaged Communist, unhappily adrift in the riches of his father, Pierre Péladeau.

Through his restlessness and wielding of power, PKP has, time and again, proven his desire to be top dog. Anything else is for less motivated souls. This means-to-an-end approach has meant a certain massaging of his message—he was a federalist when it suited his business purposes—and it’s no different with the Parti Québécois.

PKP, the businessman, led 14 lock-outs of unionized employees, waged a protracted battle against the state-sponsored evils of Radio-Canada, and closed the daycare in Quebecor’s Montreal head office. PKP, the Parti Québécois politician, has been backed by members of Quebec’s union movement, declared the necessity of a public broadcaster, and tut-tutted the Liberal government’s recent decision to raise daycare fees in the province. Chutzpah is a lovely, all-too-perfect word for him.

Will he win? That depends on what winning means. He has the PQ leadership all but wrapped up. His numerous opponents are too far behind to eat his dust; some, such as Alex Cloutier, will likely stay in the race, only to burnish their profiles and jostle for a position in PKP’s PQ.

Can he win an actual election? A lot depends on his own tongue. There is an element of Michael Ignatieff to his candidacy: The PQ, much like the Liberal Party of Canada of yore, is in deep existential crisis, to the point where its members are willing to overlook evident, perhaps fatal, shortcomings. Péladeau has proven to be gaffe-prone; he was vehemently against the Bloc Québécois before news of this leaked into La Presse. He is also thin-skinned, taking reporters to task for daring to call his cellphone. And he is prone to occasional bouts of petulance. (Take a gander at his Facebook page for a few examples.)

Finally, there is sovereignty. PKP is a declared separatist at a time when the movement is in the midst of another crise. His famously abrupt declaration of his desire for a separate Quebec, punctuated by a hearty fist pump, did a lot to sink the PQ’s chances in the election. His biggest enemy won’t be the federalists across the aisle, but the indifference in the streets.