Is today's cannabis much higher in potency than 25 years ago? 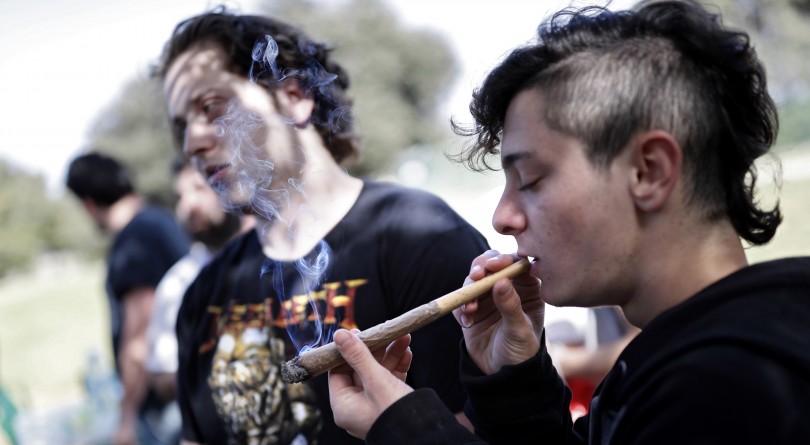 This is not your grandpa's joint (Thomas Coex/Getty)

Ready to relive those fond memories of puffing on cheap grass and blasting Jimi Hendrix’s Electric Ladyland? Thanks to science, get ready for a whole new experience. A lot of our fuzzy feelings toward legalization may be based on hazy memories of decades past, rather than the high-potency strains available today.

“Hippies I knew growing up grew [cannabis] outside in their gardens, as they still do today,” says Jonathan Page, an adjunct professor in the botany department at the University of British Columbia. “But it wasn’t like there was a real push for super high potency. People would harvest too early or sometimes smoke not just the flower but also the leaves, which have some THC content in them but not a lot. I think there was a general lack of understanding on how to increase potency.”

The 49-year-old Page is also the president and CEO of Vancouver-based Anandia, a company specializing in cannabis genetics and lab testing for quality control purposes; he was part of the Canadian team of scientists who were first to publish the cannabis genome sequence.

Thanks to improved production technology and genetic crossbreeding, THC-heavy strains have become the norm at a medical level and, come Oct. 17, on the recreational market. “Growing high-potency cannabis is a standard thing now,” says Page. “But it doesn’t mean that 40 years ago people couldn’t find really high-potency cannabis. If you went to India, some places would have really potent stuff. An old hippie guy I met in California went to Pakistan in 1971 and purchased seeds that are the source of the cannabis he still grows.”

Tom Neumann remembers the first time he smoked pot, back in 1975. “I was 15, in Grade 9 or 10,” says the 57-year-old Alberta-based licensed medical marijuana grower. “You could smoke a whole bag of weed—which cost $20 for an ounce back then—but it wasn’t refined. The bag was half full of seeds and stems with some bud and some shake. It wasn’t evolved to where it is today. Holy smokes: now we can extract the cannabinoids and the terpenes”—the plant’s aromatic organic hydrocarbons—“so that it makes it even stronger. I don’t think it’s such a big change [in the product] as it is a change in the knowledge of the plant.”

How much more potent is today’s weed, exactly?

Page and his colleagues at Anandia crunched the numbers from Canada’s Access to Cannabis for Medical Purposes Regulations program and found today’s average THC potency (milligrams of THC per gram of cannabis) to be between 15 and 17 per cent, which Page says is quite strong.

According to High Times magazine, in 2017, California’s Godfather OG strain was evaluated as boasting a record-breaking 34 per cent THC level. By comparison, American studies have determined that, in 1995, average potency hovered around four per cent.

Page doesn’t have much faith in those figures. “I don’t really believe the over-30 numbers,” he says. “I question either the lab or people putting other cannabinoids in the product to make it stronger. The maximum I buy into is 28 per cent. The thing about the numbers [in the American studies] is that they’re based on drug seizure analyses that the cops put into the labs. And maybe it was poor quality because people would buy anything in those days. So it skewed to these lower potency numbers. It’s like comparing apples and oranges.”

While there won’t be a cap on THC potency in Canada, Neumann says he’s more interested in focusing on freshness and quality, which was often the big issue “back in the day. I’m not looking for the highest content,” he says. “I’m looking for the one that works for me.”