The Tories are using clips of an ISIS snuff film. The Liberals' policy on ISIS is undeveloped. This debate is ugly. 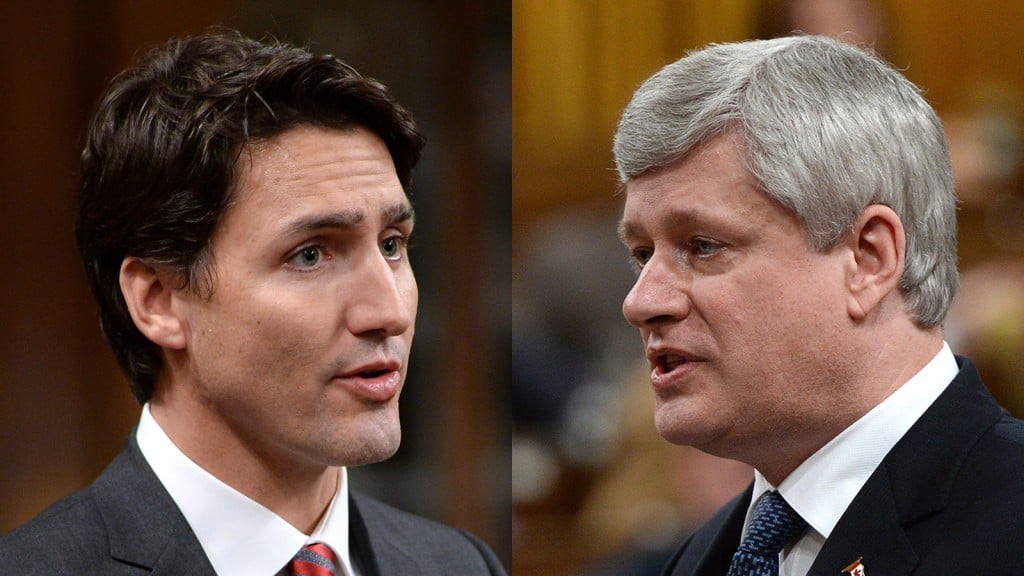 The so-called Islamic State group makes snuff videos for two reasons. The first is for the pleasure of its members. Islamic State militants have exhibited giddy joy while taunting and slaughtering their victims, and it’s logical to assume they’d want to relive these actions by watching them again and again.

The second is propaganda: to win over new recruits impressed by such violence, and to instill terror in anyone who might contemplate opposing their subjugation to Islamic State.

Last week, possibly to distract attention from military defeats it suffered at the hands of Syrian Kurds and other rebel fighters in northern Syria, Islamic State released one of its most gruesome videos to date, graphically depicting the murder of 16 supposed spies using a variety of horrifying techniques.

Media coverage of the killings has varied, but many news outlets were restrained. The bare facts of the murders are evocative enough (drowning in a cage, burning, explosive decapitation) that additional photos or video footage illustrating them would be unnecessary and gratuitous, and would do little more than augment Islamic State’s propaganda efforts.

Canada’s Conservative party doesn’t share these scruples. Its latest online attack ad against Liberal Leader Justin Trudeau makes copious use of still photos from Islamic State’s snuff film. It even contains a soundtrack that seems to have been sourced from the terror group.

Like the propaganda in its original form, the Tory ad is designed to invoke fear—not of Islamic State, in the case of the ads, but of Trudeau, because of his pledge to end Canada’s combat mission against the group. Trudeau’s vow to stop bombing Islamic State is presented as a “response” to the latest filmed murders, although, months ago, he had voted against commencing the bombing mission in the first place.

Trudeau’s policy on Islamic State is trite and undeveloped. When asked recently by the CBC’s Terry Milewski when he would support a Canadian combat mission, given that he will not advocate bombing a group as ghastly as Islamic State, Trudeau haughtily dismissed the question as “nonsensical.” It’s not, actually, and deserves a response.

In the same interview, Trudeau talked about Canada’s “CF-15” bombing mission, a type of plane that doesn’t exist. He also said Canadian trainers in Iraq belong to “JTF” [Joint Task Force 2], when in fact they are members of the Canadian Special Operations Regiment, a different unit. All this suggests Trudeau understands little about the military mission he’s building a foreign policy around opposing.

There isn’t much good that can be said about Trudeau’s stand on Islamic State, but he hasn’t tried to exploit the group’s atrocities for political gain. The Tories have. It’s ugly to watch.