Is enough being done to either stop or support troubled young converts? 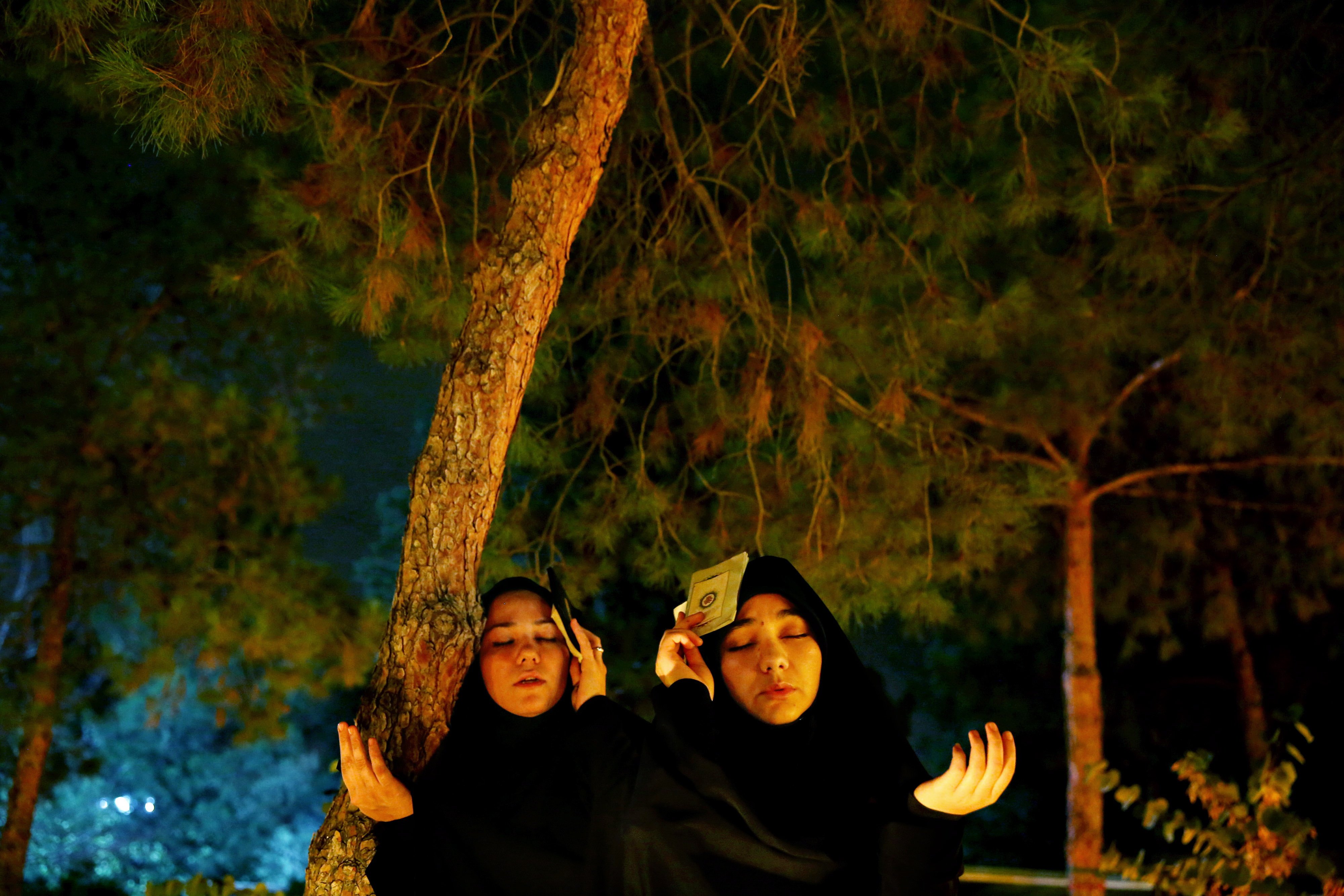 Iranian Shiite Muslim women pray as they place the Quran, Islam’s holy book, on their heads during a religious ceremony at the graves of soldiers who were killed during 1980-88 Iran-Iraq war, during the holy fasting month of Ramadan, just outside Tehran, Iran.(Ebrahim Noroozi/AP Photo)

Four days, three attacks in three different North American cities, all reportedly driven by an adherence to radical Islamist ideology. On Oct. 20, a crazed driver in St-Jean-sur-Richelieu, Que., ran over two Canadian forces officers in a parking lot, killing Warrant Officer Patrice Vincent; two days later, a lone gunmen armed with a hunting rifle murdered another Canadian soldier, Cpl. Nathan Cirillo, in Ottawa; and, one day after that, another wild-eyed maniac armed with a hatchet in New York hacked at four police officers, injuring two, one critically. The threads that tie these attacks together seem frayed; the similarities, however, are striking.

All three men came from troubled backgrounds. All three suffered some degree of mental anguish, battled drug addiction and turned to Islam for purpose and meaning. All three were recent converts.

Related:
Lone-wolf attacks and the future of terror
David Frum on the allure of radical Islam in Canada
Two killers, one twisted objective

This has become a worrying trend over the past year in which Islamic State has emerged as the world’s most notorious and violent radical group. Unsurprisingly, it appears to be attracting some of the most troubled individuals across the Western world, including the U.K., France, Germany, Canada and the U.S.—young men defined by fractured lives and violence, embracing a corrupted and debased version of faith to justify their rage.

That more and more of these people appear to be gravitating toward Islam has become a focal point of debate within Canada’s Muslim communities. Why has Islam become a magnet for the deranged, the lost and the psychologically unstable, many are asking, and what can be done to either keep these people out or support them once they have converted?

The Islamophobes, naturally, will argue that it is Islam itself that is the problem: A religion of violence attracts violent individuals. That, obviously, ignores the hundreds of millions of Muslims who do not subscribe to violence and whose hearts bleed every time a horrific act is committed in Islam’s name.

Islam is suffering through an era of ideological crisis. Like other crises, religious or not, an environment of conflict and confrontation attracts people seeking out conflict and confrontation. Canada’s FLQ crisis in the 1960s is one domestic example: Leftist discontent fed by Cold War-era conflicts, coupled with economic stagnation in Quebec, created the perfect environment for the emergence of a radical group like the Front de libération du Québec. The FLQ, in turn, attracted young, discontented individuals searching for a cause that would allow them to vent their internalized anger.

Islam is suffering through a similar state of crisis and is, similarly, attracting young discontents. “We’re helpless,” says Yusuf Badat, 34, imam at the Islamic Foundation in Toronto and vice-chair of the Canadian Council of Imams. “We can’t see into the inner motivations of a person who wants to convert to Islam. Many of these people are coming from broken backgrounds. They’re looking for an escape.”

The problem, he adds, is complex. On the one hand, conversion to Islam is relatively straightforward: A person announces his or her intention, then recites the Shahada, a declaration of faith, three times. There is no formal procedure. According to one website that encourages people to convert, “Becoming a Muslim is a simple and easy process. All that a person has to do is to say a sentence called the Tesitmony of Faith.” This, the website adds, can be done alone.

Once a person has converted, however, the onus remains on the individual to learn about his new faith. Unlike Christianity, where conversion usually plays out in a church setting with the congregation serving the role of guide and support network, a convert to Islam is often left to float in a sea of opposing doctrines. He may attach himself to an individual, who then becomes his guide, or he may rely on the Internet, a haven for radical views, for guidance.

This is dangerous, says Badat. “Given the current context, there needs to be some kind of protocol put in place, be it background checks or criminal-record checks. We need to know why a person is converting.”

More broadly, the Muslim community needs to talk about these issues, he adds, and make changes to the existing conversion procedures. But resources are scarce. Some organizations, such as the Muslim Association of Canada, do offer post-conversion support groups—but they only reach a small number of converts.

“Mosques are the front-line institutions in the Muslim community,” says Badat, but most mosques are run by volunteers. Some do have formal procedures in place, where a new convert recites the Shahada in front of the congregation and is accepted into the community of Muslims. We need more of this.”

In the meantime, Muslim leaders, such as Badat and others, emphasize that the rash of Muslim converts turning to Islamic State-type radicalism tell us more about Islamic State than they do Islam. “No true Muslim or Muslim convert who is embracing Islam out of a love for the faith will ever join Islamic State,” he says. “But there are too many people who see conversion to Islam as a kind of ticket into war. They are not converting as true believers, but rather, to become soldiers.”