'It's a lit fuse': Release of ancient carbon from melting permafrost measured

Study confirms those gases locked away in ice for thousands of years are indeed seeping free, but amounts are not yet large 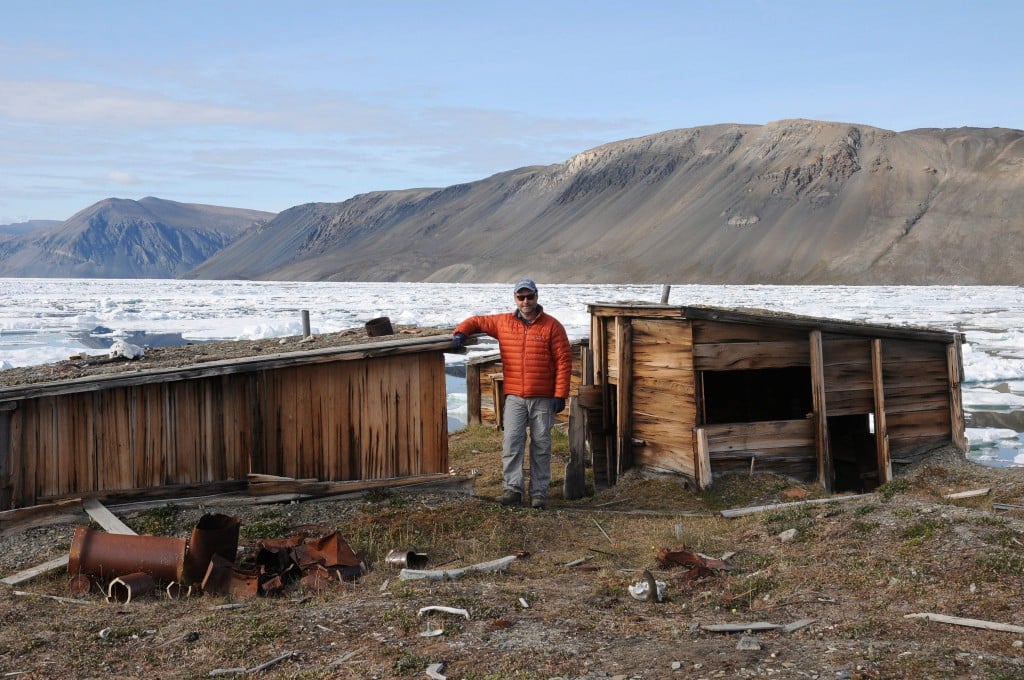 Peter Dawson stands beside huts used by U.S. polar explorer Robert Peary in his quest for the North Pole at Fort Conger on Ellesmere island in a handout photo. A historic fort threatened by melting permafrost in one of the most remote locations on Earth might be preserved thanks to 3D technology. THE CANADIAN PRESS/HO-University of Calgary

Researchers have confirmed the widespread release of ancient carbon from melting Arctic permafrost in what could be the lit fuse on a climate-change bomb.

A paper published this week in Nature Geoscience has released the first measurements of greenhouse gases from permafrost under Arctic lakes. But while the study confirms those gases locked away in ice for thousands of years are seeping free, it concludes the amounts are not yet large.

“It’s a lit fuse, but the length of that fuse is very long,” said lead author Katey Walter Anthony of the University of Alaska.

“According to the model projections, we’re getting ready for the part where it starts to explode. But it hasn’t happened yet.”

Scientists have long known that permafrost contains vast quantities of carbon in dead plants and other organic material, about twice as much as the entire atmosphere. Now, that permafrost is melting more quickly as the Arctic warms up faster than anywhere else on Earth.

The melt often takes place in Arctic lakes where liquid water thaws long-frozen soil. The material released is digested by tiny bugs and turned into carbon dioxide and methane.

“I’ve been walking on these lakes when they were frozen for a very long time,” said Walter Anthony.

“I would go out after the ice formed, look at the lake ice surface and see bubbles. I observed that bubbles are most dense and largest along the edge, where the margins were expanding, where the permafrost was thawing.”

Her observation led to three questions: Were the bubbles generated by melting permafrost? If so, was the permafrost releasing ancient, long-dormant carbon? And, if so, how much?

Researchers looked at lakes in Alaska and Siberia, as well as data from Canada. They used aerial photographs and other information to measure how the area had changed over the last 60 years.

They found that, across the Arctic, the amount of gas being released from a lake was directly related to its expansion. The more permafrost was melted around the water’s edge, the bigger the lake became, and the more greenhouse gases were released.

The team captured some of those gases and subjected them to radiocarbon dating. They found the gases had been generated from carbon stored for anywhere between 10,000 and 30,000 years.

It was the answer to the final question that most surprised Walter Anthony.

Climate scientists have long predicted a spike in the release of such long-dormant carbon. But if that’s true, it isn’t happening yet.

“Today, the permafrost-carbon feedback is pretty small,” she said.

Models suggest that over the next 90 years, greenhouse gas releases from permafrost will be 100 times higher than the levels Walter Anthony measured.

“I believe it will (happen), but when are we going to start seeing that?” she asked.

The stakes are high. Scientists estimate there are more than 1,400 petagrams of old carbon stored in permafrost. Each petagram is a billion tonnes.

“There’s a lot of interest in what the fate of that permafrost carbon is.”