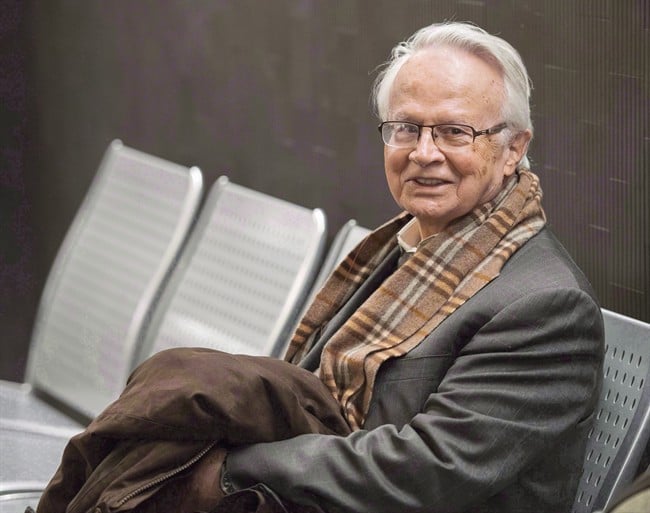 In a motion filed at the Quebec Court of Appeal earlier this month, Corriveau’s lawyers argue the trial judge erred by not granting a stay of proceedings before the trial began this fall.

Last month, a jury found Corriveau guilty of three charges: fraud against the government, forgery and laundering proceeds of crime.

The crimes took place between 1997 and 2003 during what became known as the sponsorship scandal, which eventually helped bring down the Liberal government in 2006.

Corriveau, 83, had attempted to have the case thrown out before the trial because of unreasonable delays, citing the Supreme Court of Canada’s Jordan decision last July.

The ruling set a reasonable delay for a case to reach trial, from the time an accused is charged, at 18 months in a provincial court case or 30 months in a Superior Court one, with certain exceptions. Corriveau was charged in December 2013.

His lawyers argued he should have benefited from the 18-month threshold, despite his Superior Court trial, because he’d been charged under preferred indictment and had no preliminary hearing.

Aside from a direct appeal, Corriveau’s lawyers are also seeking leave to appeal the verdict on a number of other grounds filed in a separate motion that require authorization by the Quebec Court of Appeal to proceed.

A first date before the appeals court is set for Dec. 19.

The sponsorship program was created after the 1995 sovereignty referendum in order to increase the presence of the federal government in Quebec.

Ottawa’s inquiry into the sponsorship program found that firms were winning contracts based on donations to the federal Liberals, with little work being done.

Corriveau’s trial heard he pocketed roughly $7 million in kickbacks tied to sponsorship contracts that were given to Liberal-friendly companies.

He has not been sentenced on the conviction.

The Crown has suggested Corriveau serve between three and five years behind bars.

The defence has countered with a sentence in the community, citing Corriveau’s age and the lengthy delay in getting to trial.

His case resumes Wednesday when the court discusses how to divide Corriveau’s assets to repay the amounts.

Note to readers: This is a corrected version; a previous story said he was charged in July 2013