An incarcerated mother-child program shut down in 2008, but restarted by court order in 2013, bears fruit 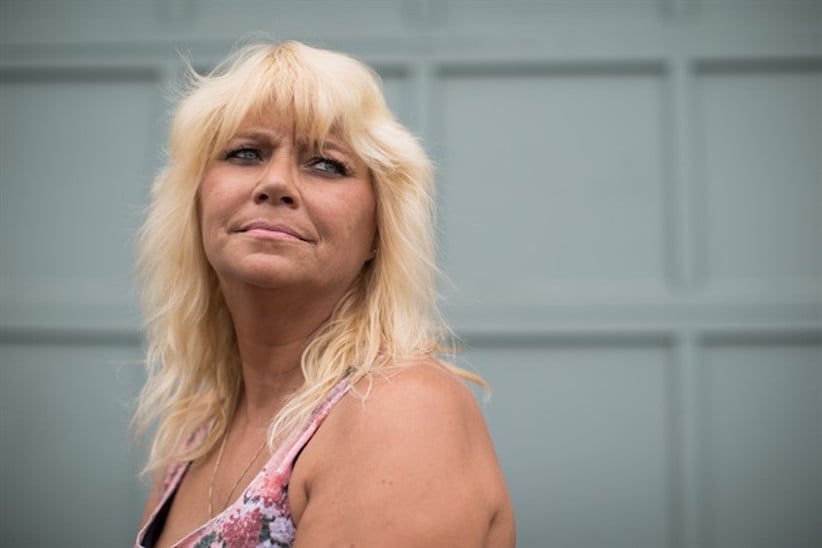 Mo Korchinski, a former prison inmate who now advocates for prisoners, sits for a photograph in Chilliwack, B.C., on Friday July 15, 2016. THE CANADIAN PRESS/Darryl Dyck

VANCOUVER – Mo Korchinski remembers what it was like being separated from her three children. Her struggle with addiction and cycle through British Columbia’s corrections system led her to what she calls a state of denial of even having them.

In the decade that she has been out and rebuilding her life, Korchinski has reconnected with her kids, who were raised by their father and other family members. As a advocate for prisoners, she said she’s seen the life-changing benefits of mother-child programs that allow women to keep their babies.

“If you take a woman’s child away and don’t give them an opportunity, where is the hope? But if this person comes out with hope, they have a chance to change their life,” she said.

Korchinski was among the first inmates at Alouette Correctional Centre for Women in Maple Ridge when it opened in 2004 and witnessed her fellow inmates benefit from the mother-child program when it was first developed.

“You bring a baby into a room full of women and it changes everybody. It changed the jail. People watched their language. People’s behaviour just changes around children,” Korchinski said.

The program was shut down in 2008, but a B.C. Supreme Court decision in December 2013 determined that the closure of the facility infringed the rights of women and their children.

Since the mother-child unit reopened in June 2014, two women have used the program, says the Ministry of Public Safety and Solicitor General.

“Those babies have had a better chance in their life to start off than they otherwise would have,” said Dr. Ruth Elwood Martin, director of the Collaborating Centre for Prison Health and Education at the University of British Columbia.

Mother-child units offer women access to prenatal and parenting skills programs before the child is born and appropriate facilities to care for their infants while they serve the remainder of their sentence. Martin said the units are comparable to a nursery or daycare facility, which are bright, welcoming and safe for any child.

Martin said its in the best interest of the child to stay with a mother, have the opportunity to breastfeed and develop a mother-child bond during the newborn stage.

“Once you take that baby away … you can’t go back,” Martin said.

The opportunity to keep their children is an incentive for women to turn their lives around, Martin said, while losing custody causes hopelessness and despair that can send women back into activities that initially led to their arrest.

National guidelines for mother-child units released in November 2015 are designed to prioritize a child’s interests, allowing the child to stay with their mothers up to the age of four in the federal system, and allowing mothers access to health and social programs.

In March, the Office of the Correctional Investigator recommended increasing participation in mother-child units in federal prisons — particularly minimum to medium security prisons — where 70 per cent of inmates are mothers to children under the age of 18.

But not all women in B.C. correctional facilities are accessing mother-child programs.

Four other women at the jail in Maple Ridge gave birth since the facility reopened, however, the provincial government said they did not participate in the program. One of the women chose to give her child up for adoption while the other three were determined by the Ministry of Children and Family Development to be unable to safely care for their infants.

While details of those cases were not released by the ministry, Martin said she believes fear causes decision-makers, such as social workers, to be reluctant in allowing children to stay with their mothers.

More collaboration between public health, family services and corrections, and more education for workers about the guidelines for running mother-child units, is needed in order to improve access to the program, she said.

“My experience working for many years as a prison physician is that women desperately want to be the best mother they can and to actually be helped, to be supported, to have the parenting skills … and to improve in any way that they can,” Martin said.