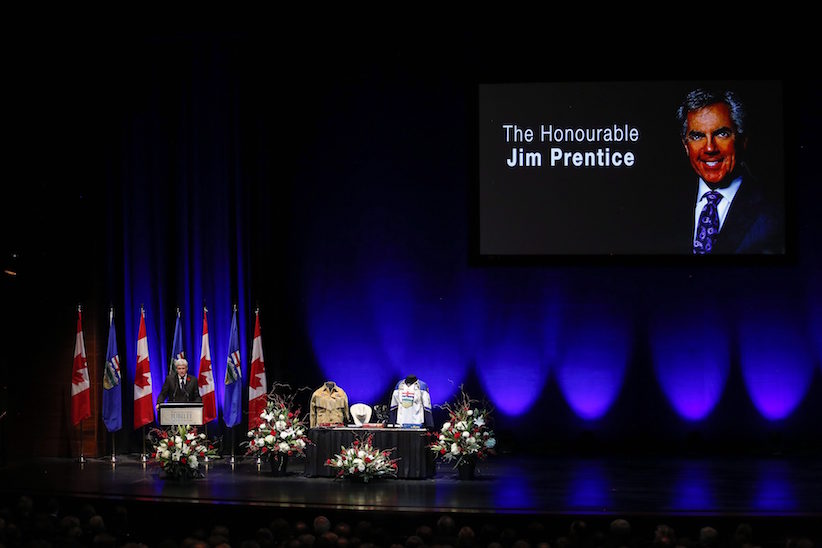 CALGARY — Former Alberta premier Jim Prentice was remembered Friday as a principled public servant, a humble leader and a champion of indigenous and environmental causes.

But much of a public state memorial focused on his devotion to family.

“My father was so much to so many and he was absolutely everything to our family,” daughter Cassia Prentice told 1,500 politicians, business colleagues, friends and members of the public gathered at Calgary’s Jubilee Auditorium.

She said her mother Karen, Prentice’s wife of 33 years, was his “true partner and best friend.”

“We should all be so lucky to be as loved as my mother was by my father.”

She said she idolized her father growing up and that admiration only strengthened with time.

“I am still not ready to say goodbye to my father, to our bedrock. But because my father cared so deeply about this country, this province and the people in it, we know that we do not grieve alone,” she said.

“Broken and shattered, we must all today stand tall on the foundations he laid … most importantly the love of family.”

Former and current politicians from all levels of government and various political stripes attended the memorial, along with several prominent business leaders.

Harper remembered him as gracious, capable and never unpleasant to his colleagues.

“We gave the hardest assignments to the people who could best handle them, and Jim was always one of those people,” said Harper.

“He always gave Canada and Alberta his very best. That is how is deserves to be remembered.”

A table at the front of the auditorium displayed a hockey jersey with the Alberta crest on it, a buckskin jacket, a cowboy hat and boots and a little train set.

The service ended with a photo slideshow showing Prentice beaming with his wife on their wedding day, being sworn into cabinet at Rideau Hall, speaking in the House of Commons, playing hockey, fishing, skiing and walking his daughter down the aisle at her wedding.

The images flicked by as “The Rodeo’s Over” by Corb Lund and “Alberta Bound” by Paul Brandt played.

After the service, Phil Fontaine, a former national chief of the Assembly of First Nations, recalled talking to Harper, before he was prime minister, about who would be the ideal person to handle the indigenous file. 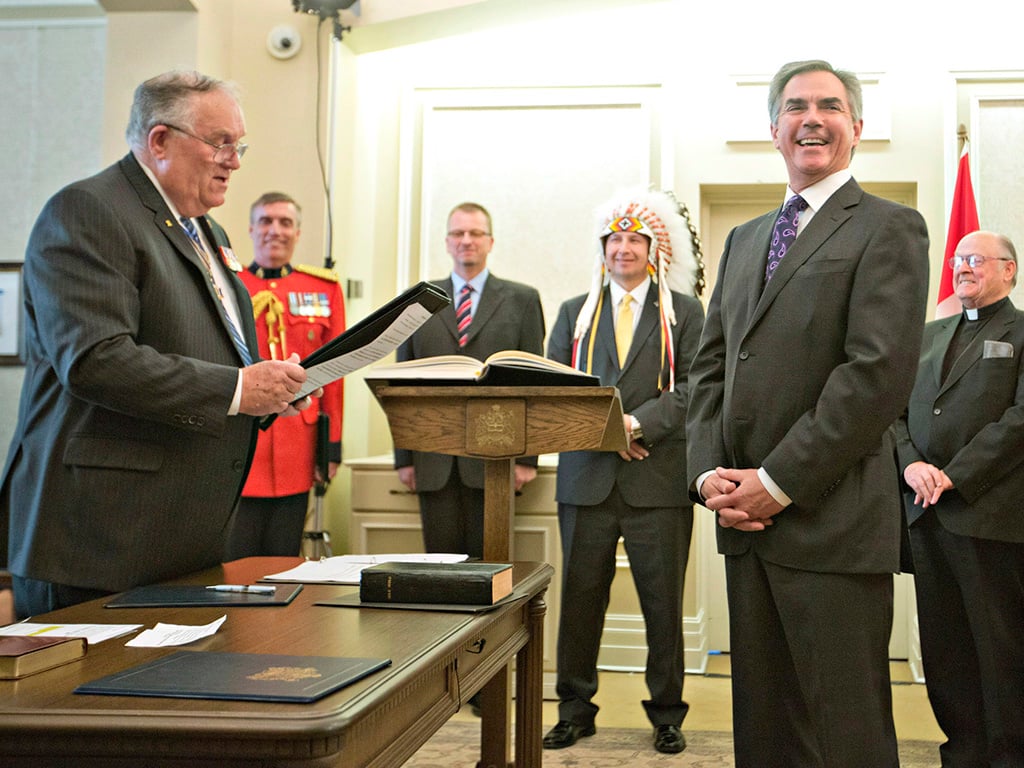 Fontaine’s answer was Prentice, whom he knew through their work on land claims.

“It was our good fortune that he was appointed minister of Indian Affairs. He was able to shepherd through a very, very difficult file,” Fontaine said, referring to the government’s settlement with residential school survivors.

“He was the right person at the right time and we owe Jim a whole lot of gratitude for his outstanding work.”

“He took on issues that governments had ignored for a long time, with regard to particularly indigenous issues,” Clark said after the memorial. “And he was also … a quite courageous defender of environmental issues when he had that portfolio in cabinet.”

Prentice had stepped away from federal politics before entering the provincial sphere to take over as leader of the PC party in Alberta.

His final foray in the public arena as premier lasted about eight months and ended when the NDP toppled the Tories after more than four decades in power.

Prentice, Gellatly, Reid and Kruk were killed when a twin-engine Cessna Citation crashed shortly after takeoff from the Kelowna airport on Oct. 13.

The cause of the crash is still under investigation.