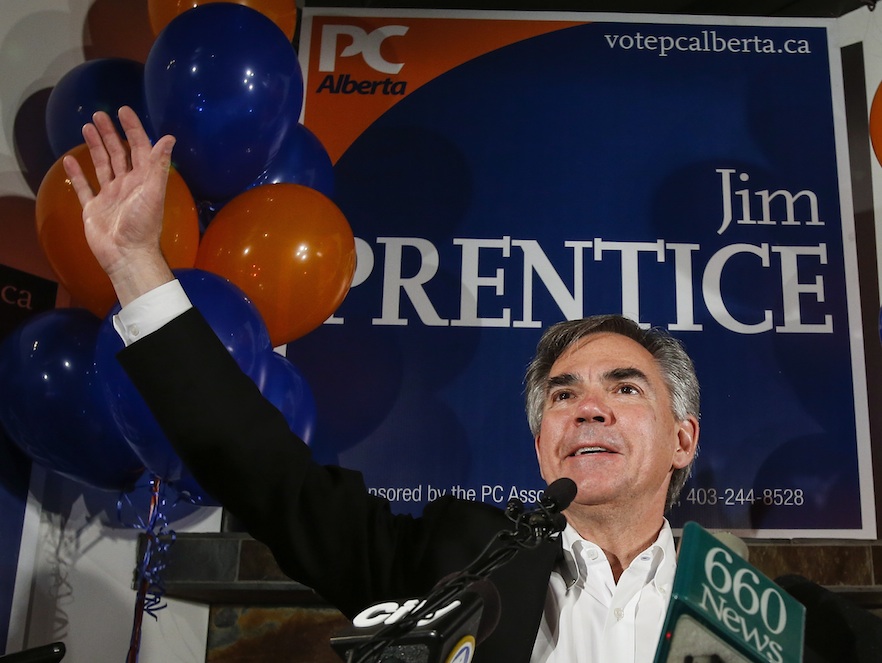 BANFF, Alta. — Call him old fashioned but Alberta Premier Jim Prentice wants to bring back a sense of decorum when the fall session of the Alberta legislature kicks off on Monday.

The legislature has been a battleground for the past year, especially during Question Period, when the ruling Conservative party was rocked by allegation after allegation from the opposition parties.

That’s going to end said Prentice, who stressed during the weekend Progressive Conservative party convention in Banff that Albertans are sick and tired of negative politics.

“I’ll never snap back,” Prentice said with a laugh.

“I believe what Albertans want to see is a government that’s professional, that is respectful, that deals with issues on their merits and I intend to conduct myself really, the same way that I did as a senior, federal minister,” he said.

He’s ordered his cabinet colleagues to follow his example and turn the other cheek.

“Clearly, emotions always run high in the legislative assembly but I’ve heard loud and clear from Albertans that they want a different tone and they’re going to see a different tone certainly from me and I’ve asked and instructed our ministers to similarly follow suit.”

When asked if he had actually watched the Alberta Question Period in action Prentice said it has been “unruly” and caused Albertans to tune out. He said that is “tragic in its own right’.”

“When they turn on their TV and see that kind of performance in the legislative assembly or the House of Commons they just go do other things,” he said.

“People need to know that when they turn on their television and they look at what’s happening in the legislative assembly that it’s rational, that there’s serious debate and it’s being done in a professional, dignified way,” Prentice added.

“I’ll do everything I can to bring that kind of change of decorum to the legislature.”

The fall session of the Alberta legislature, the first since Prentice was elected premier, will begin with a throne speech Monday.