Jim Chu on the social experiment that brought him to Canada

It was by chance that Jim Chu learned he owes the first step on his path from three-year-old Chinese refugee to Vancouver chief of police to a social experiment hatched by a politicking prime minister. The year was 1962, the midst of the Cold War, and British Hong Kong was overwhelmed by thousands fleeing a killer famine in Communist China. The Chu family was divided: Jim’s mother, Show Hwa, had made it to Hong Kong; Jim (Siu Soon as he was known then), his older sister, Siu Yung (Joanne) and father, Tonson, were stranded in Shanghai.

Tonson successfully appealed to the local Chinese government to let the family reunite in Hong Kong. Once there, he saw a Canadian government advertisement seeking immigrants from China. He arrived at the Canadian High Commission, no doubt full of trepidation, where officials saw a young family man with mechanical skills who spoke English. He had learned the language from Canadian nuns. “He couldn’t believe how well he was treated,” says Jim. Tonson couldn’t have known it, but this was part of a cautious attempt to uproot the racist foundations of Canadian immigration policy. To some degree, the future of the country’s makeup relied on the success of those 100 families—and government officials took no chances.

Jim’s family touched down in Calgary in December 1962. Their arrival was noted in the next day’s Calgary Herald, complete with a glowing story and photo of the Chus tucking into a gift bag of Christmas candy—all part of the government’s public relations campaign.

Jim says his parents never talked about their difficult days in China, and thoughts of the 100-family experiment were lost in the mists as the Chus set about building their new lives. Show Hwa was a busy homemaker. Tonson found work at a business machine company, based on his skill in repairing the Friden Calculator, one of the more complex mechanical computing devices of the era. That skill would later find him work in Peterborough, Ont., and finally Vancouver. Two more children were born into the family. Immigration officers often popped by. Such friendly people.

Fast forward to 2012. Jim Chu—by then the well-regarded chief of the Vancouver Police Department—is the guest speaker at a fund-raising breakfast for the Canadian Museum of Immigration at Pier 21 in Halifax. During the speech, he displayed a copy of the Herald article on his family’s arrival in Canada. That led to a contact from historian Laura Madokoro,* who said the Chus were likely among the 100 families—a program Jim knew nothing about. On her advice, he contacted National Archives staff. The fat file they sent him was a revelation. 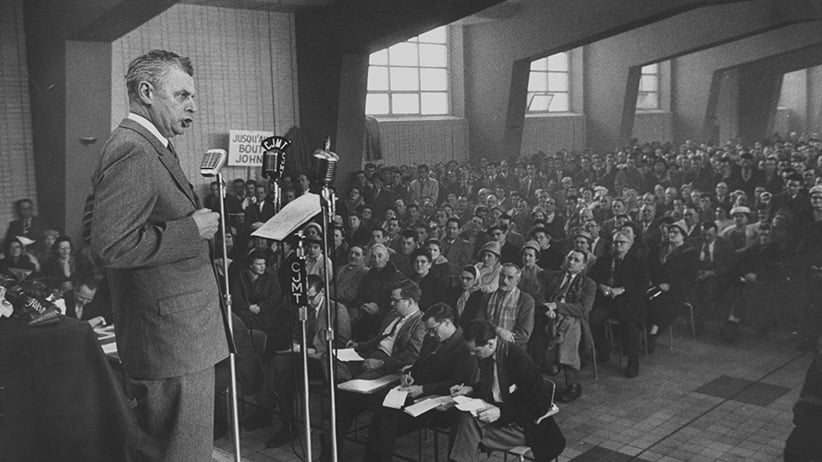 Those friendly immigration folks were watchers: tracking their family life, Tonson’s job performance, assessing their worth as Canadians, sending reports up the line. The industrious Chus passed muster as “an excellent type of immigrant, and should encounter no difficult in becoming established,” the file read.

The Big Brother aspects of the file must be read in the context of the times, says Jim. “Change is always difficult for any person, organizations or countries. Now, they’re changing the immigration policy. They’re dipping their toe in the water with the 100 families, seeing if this would work, or whether it would be a bunch of people who end up criminals, or, who knows, starting their own sleeper cell,” he says with a laugh.

Two more children were born to the Chus in Canada. Jim joined the Vancouver police in 1979, then one of the few visible minorities on the force. He served 36 years, the last eight as chief, retiring in 2015. He is credited with healing the department’s fractured relationship with Aboriginal people and residents of the Downtown Eastside in the wake of the Pickton serial murders. The elder Chus, now dead, saw the marriages of all four children, and the births of seven grandchildren. They believed, their proud son says, that good fortune brought them to the best city in the best country in the world. — Ken MacQueen