Jordan Peterson and the big mistake of university censors 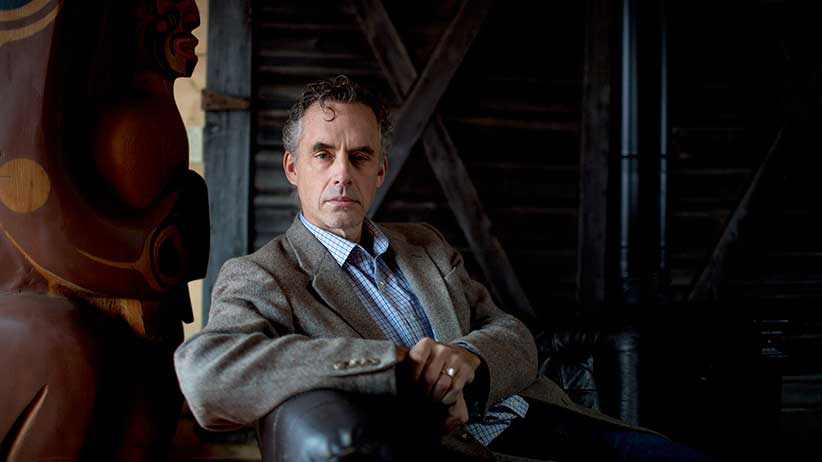 Profile of Dr. Jordan Peterson, the U of T prof at the centre of a media storm because of his public declaration that he will not use pronouns, such as “they,” to recognize non-binary genders. (Carlos Osorio/Toronto Star via Getty Images)

Unfortunately, it is time for people outside the academy to stand up for the free speech rights of Jordan Peterson, the irritating University of Toronto psychology professor who has become a star by producing tedious YouTube videos complaining about people trying to silence him.

Peterson, who is wrong about almost everything, is right when he says, over and over again, that he has a fundamental right to speak. The well-meaning people who try to silence him are making a big mistake, and need to listen to people outside the ivory tower.

On Nov. 1, Lindsay Shepherd, a teaching assistant at Wilfrid Laurier University in Waterloo, showed first year Communications Studies students a video clip from TVO’s Agenda, in which Peterson debated the use of non-gender-binary pronouns with another professor.

The classroom discussion must have upset a student, because Shepherd was censured by faculty and diversity and equity officials, who said she was “transphobic” and had created “a toxic climate.”

Shepherd is afraid that the university may fire her.

“Universities are no longer places where one can engage with controversial ideas,” she told the Waterloo Record. “They are echo chambers for left-wing ideology.”

Shepherd is right and the scolds at the university need to stop their censorious ways, not least because they are playing Peterson’s game.

Peterson, who makes tens of thousands of dollars a month fund-raising online, became famous in basements around the world when he spoke out against a University of Toronto policy requiring professors to use non-traditional pronouns like “ze” to address non-gender-binary students.

He argues that the university shouldn’t force him to use language he doesn’t like—misusing the plural, for goodness sake—and that his academic freedom is imperiled by the social justice warriors running the universities.

I think he’s wrong. Professors should do what they can for students who fall outside traditional gender categories, who have a much tougher life than powerful straight white men like Peterson. If that means that professors need to spend a little effort wrapping their tongues around new words, too bad.

I think it’s difficult for many straight, cisgendered people to deal with trans people because thinking about gender identity threatens their own identity in some way, and it’s lazy and selfish for them to refuse to deal with their own issues. Because gender is so emotional, young trans people face huge challenges being accepted, which is a matter of survival.

Peterson is the very picture of white straight male privilege, griping about being told what to do by people that were once subordinate to people like him, ignoring the pressing needs of people who need to be accepted if they are to survive.

For that reason, though, he is performing a valuable function. When society changes, as it is changing now, thankfully, in the way it treats trans people, we need to have a debate about it. To have a debate, someone has to be right and someone else—Peterson, in this case—has to be wrong.

What is worrying is that universities are trying to stop the debate from taking place.

Activists, who are right to demand that society treat trans people with respect, are wrong to think that that respect should extend to silencing those who disagree with them.

This seems to be half the point of a lot of left wing campus activism in the 21st century: trying to prevent people you disagree with from speaking. It is mistake, because it plays into the hands of the troll army of hateful troglodytes who lose every argument so long as you don’t try to force them into silence.

I get it when the people you disagree with are actual Nazis, like Richard Spencer, and I can see why exuberant young people aren’t always scrupulous about the distinction between showing up to oppose a speaker they dislike, which is healthy, and trying to stop that person from speaking, which is not.

But there is something sick-making about the growing bureaucratization of safe spaces, the culture of human resources departments imposing itself on campus, the idea that the universities must protect students from being confronted by uncomfortable ideas.

You can’t learn to think without debating. Learning to think doesn’t mean having your head stuffed full of whatever orthodoxy the profs have settled on this week, because you can be sure that will change, and then what will you do? Go back to school for re-education?

Learning to think means learning to entertain opposing ideas, defend your views and discard the ones you can’t defend.

There is no room for compromise on this, and that means there’s going to have to be a nasty fight with well-meaning but mistaken censors.

Campus activists have weaponized fragility, imposing the safety culture of the elementary school where it does not belong.

An earlier generation of activists made gains by forcing society to confront their reality. They said Black is Beautiful, or We’re here! We’re Queer! Get used to it! Today’s activists seem to invest a lot of energy in prosecuting micro-aggressions, preventing offence, imposing orthodoxy.

There’s something disturbing about this, beyond its implications for free speech. As a society, we are becoming increasingly risk-averse, embracing safety as the highest value, wrapping our children in bubble wrap, helmets securely strapped to their chins, safe from sexism, transphobia, bullying and peanuts.

It’s hard to speak out against any of it. Helmets are a good idea. Transphobia is bad. Peanuts are life-threatening for some kids.

But the world is not an elementary school, and we’re not doing students any favours by pretending that they can go through their lives without ever having their feelings hurt.