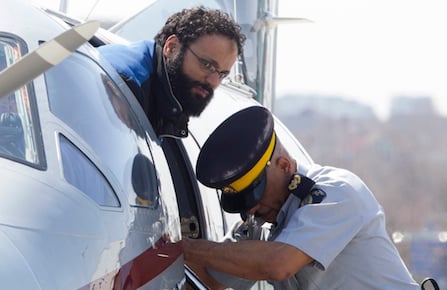 TORONTO – The judge presiding over the trial of two men accused of plotting to derail a passenger train is giving a jury a “road map” of what he considers the most important evidence in the case.

It’s the third instalment in a lengthy set of instructions Justice Michael Code is providing to jurors at the trial of Raed Jaser and Chiheb Esseghaier.

The two men face four terror-related charges each, and Esseghaier faces a fifth separate terror charge. Not-guilty pleas have been entered for both of them.

Code told jurors that he believes the most important evidence in the case was secretly recorded conversations between the two accused and an undercover FBI agent who gained their trust.

He took them through highlights from the hours of intercepted conversations which have been played at the trial, focusing in particular on a discussion between all three men which took place during a late night walk in early September 2012.

Code said the conversation was an important piece of evidence as it was the first recording the jury had where the three men discussed the subject matter of the charges faced by Jaser and Esseghaier.

He noted that the men had discussed the alleged train plot, extremist motivations for the alleged project, and an alleged “sniper plot” idea of Jaser’s.

Code also reminded the jury that the undercover agent testified that they said a prayer at the end of their walk “because they were about to embark on a mission.”

“The conversation ….is relevant to the issues of agreement and intention, as required by the law of conspiracy,” Code said. “Because the accused Esseghaier and Jaser are both present for this entire conversation, you can consider whether one accused did or said something to signify adoption of the other accused’s statements.”

Jaser and Esseghaier were arrested in April 2013.