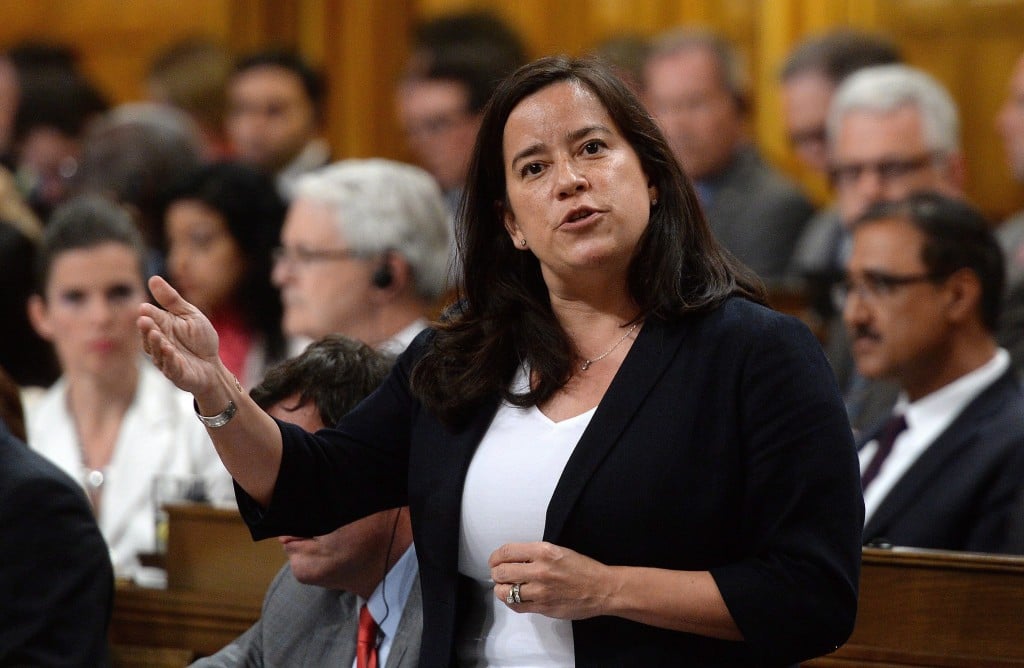 OTTAWA — Jody Wilson-Raybould says the government’s proposed new law on assisted dying does not need to comply with the Supreme Court’s landmark ruling on the issue.

The justice minister makes the argument in a background paper sent Monday to all parliamentarians as the Senate continues to debate proposed amendments to the controversial Bill C-14.

Senators last week voted to delete the central pillar underpinning the bill — its requirement that only those near death would be eligible for medical help to end their lives — and replace it with the more permissive criteria set out by the Supreme Court in the Carter decision, which struck down the blanket ban on assisted dying.

Numerous senators, along with legal and constitutional experts, have argued that the near-death proviso does not comply with Carter and, consequently, have predicted that C-14 would be struck down as unconstitutional.

But the paper contends: “The question is not whether the bill ‘complies with Carter’ but rather, whether it complies with the charter (of rights).”

It maintains the bill’s constitutionality “will not be determined by a simple comparison of the bill to the Carter decision.” Rather, it will involve an assessment of the bill and the “new and distinct purposes” behind the provisions that restrict the right to an assisted death to those who are close to death.

Whereas the blanket ban on assisted dying had only one purpose — to protect the vulnerable who might be induced in moments of weakness to end their lives — the paper says the proposed new law is aimed at pursuing additional objectives: for instance, to ward against the “normalization” of suicide and to counter negative perceptions of the quality of life of the elderly, ill or disabled.

Consequently, the paper maintains that limiting assisted dying to those who are near death is “fully consistent” with the charter of rights, even if it is much more restrictive than the eligibility criteria set out by the Supreme Court in Carter.

The Supreme Court directed that medical assistance in dying should be available to clearly consenting, competent adults with “grievous and irremediable” medical conditions that are causing enduring suffering that they find intolerable.

C-14 would allow assisted dying only for consenting adults “in an advanced stage of irreversible decline” from a serious and “incurable” disease, illness or disability and for whom natural death is “reasonably foreseeable.”

The background paper notes that the top court, in a previous ruling, has recognized that Parliament need not pass laws that are in “slavish conformity” with its rulings. Moreover, it says the Supreme Court has signalled that it will give “a high degree of deference” to whatever regulatory regime Parliament comes up with.

“The government’s position is that the Supreme Court did not intend, in declaring the total prohibition invalid, to constitutionalize any particular legislative model _ let alone the broadest possible model, which exists in only three jurisdictions in the world,” the paper says.

However, Josh Paterson, executive director of the British Columbia Civil Liberties Association, a plaintiff in the Carter case, said it doesn’t matter “how many new purposes they put in the bill or how many bells and whistles and safeguards they impose,” the legislation is unconstitutional because it maintains an absolute prohibition on assisted dying for all those who are not close to death.

Canada’s leading constitutional authority, Peter Hogg, last week noted that the top court specifically directed the government to enact legislation “consistent with the constitutional parameters” set out in the Carter decision. Excluding all those who are not terminally ill from the right to assisted dying is not consistent with Carter and will thus be inevitably struck down, he told a Senate committee.

Wilson-Raybould’s background paper appears designed to counter the impact of such arguments, as the government braces for an impasse with the Senate over the near-death proviso.

The government has signalled that it won’t accept the Senate’s amendment to delete that provision but some senators are vowing to insist upon it. That could result in the bill bouncing back and forth between the two houses of Parliament until one side gives in.