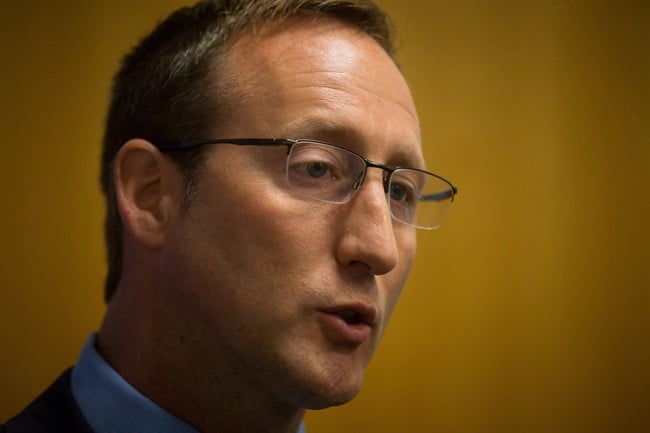 But in the meantime, the government believes Bill C-36 provides prostitutes the ability to work in safer conditions and get help if they need it, MacKay told the Senate committee studying the controversial bill.

C-36 is the government’s response to a Supreme Court decision last year that struck down the existing law as unconstitutional and gave the government a year to come up with a replacement.

“Let us be clear about Bill C-36’s ultimate objective: that is to reduce the demand for prostitution with a view towards discouraging entry into it, deterring participation in it and ultimately abolishing it to greatest extent possible,” MacKay said.

Before the high court ruling last year, prostitution was legal, but almost all related activities — including communicating in a public place for the purposes of prostitution, pimping and running a brothel — were criminal offences.

The Supreme Court concluded, however, that the law placed prostitutes at undue risk and violated their Charter rights. The government was given until December to come up with new legislation.

That replacement flips the equation, giving prostitutes immunity from prosecution and the legal ability to conduct business related to sex work, provided they are acting of their own free will.

Those who buy sex or profit from it in an exploitative situation would still face charges.

“Prostitution is now de facto illegal, but the emphasis and the focus is on the purchaser and the perpetrator — the pimps who are attempting to exploit and gain materially from prostitution itself,” MacKay said.

Senators struggled with the idea of making it a crime to buy sex when prostitutes are allowed to sell it of their own free will.

It is a nuance the courts will likely explore, MacKay allowed.

“They will investigate, without doubt, and will look at the individual circumstances in every case,” he said, adding the issue of whether any sex worker actually operates under free will must be part of that examination.

“Is the pimp going to say to the 14, 15 or 16 year old girl, ‘I am losing many of my customers…you go out and hustle a little harder to make sure you keep as much activity going as possible,’ he asked.

And that’s what women need, suggested Timea Nagy, who testified at the committee Tuesday.

Nagy, who describes herself as a victim of human trafficking who now works with other victims, said she hears the concerns of some sex workers who fear the new rules could create more dangerous conditions.

But she said those who choose to work in the sex industry have options and luxuries available that trafficking victims don’t.

“They have been lured, manipulated and they are being kept against their will while serving 10-15 clients a day, like I did once, just so they can eat once a day,” Nagy said.

“They are not doing this for money, to save up. They are doing this so they don’t get beaten.”

The new bill has already been studied by the House of Commons, where MPs heard from many of the same witnesses expected before the Senate this week.

At least one isn’t optimistic about the outcome of this week’s hearing.

The first round seemed stacked against people whose lives will actually be affected by the bill, suggested Jean McDonald, who works at Maggie’s Toronto Sex Workers’ Action Project.

“It’s not pointless, but I don’t feel like we are going to be listened to by the Conservative government,” she said.

“I don’t think that our concerns with the bill are being taken seriously.”

Those concerns include the risk that going after johns drives sex workers into unsafe working conditions because they have to conduct business where their clients won’t be at risk of being caught.

Another aspect of the bill that’s come in for criticism would allow prostitutes to advertise their services, while making it against the law for websites or newspapers to actually run those ads.

That in turn could make it harder for prostitutes to work safely indoors, one of the features of the new bill that the government says provide a degree of protection to sex workers.