Justin Bourque apologizes for shootings, to be sentenced Friday 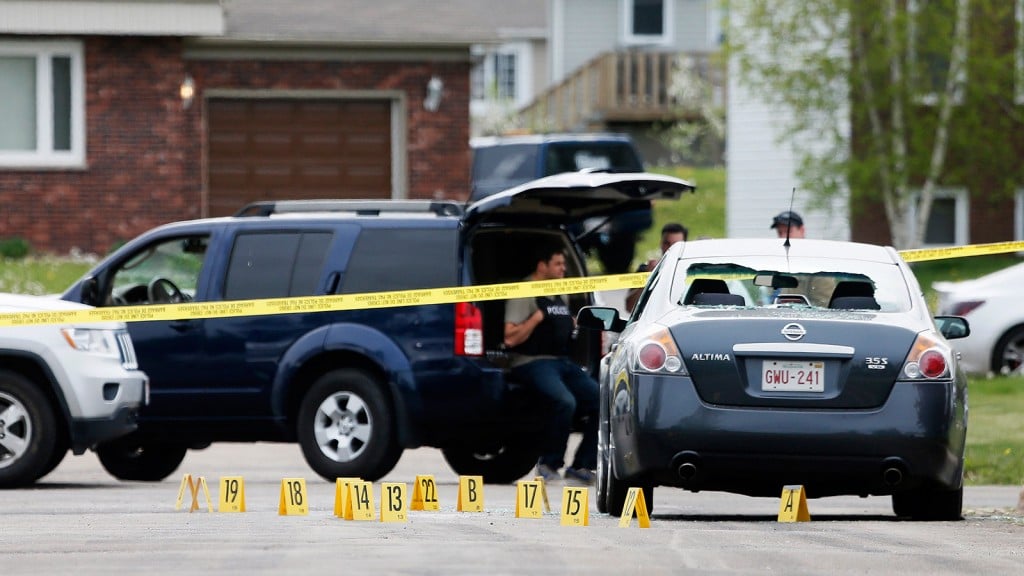 MONCTON, N.B. – Justin Bourque apologized Tuesday for the shootings in Moncton, N.B., that killed three RCMP officers and injured two others, saying the rationale that he gave to police for the rampage was the talk of “some arrogant pissant.”

Bourque stood in the prisoner’s box to address the court just before his sentencing hearing was adjourned until Friday for a decision.

He spoke of the pain that the families of the victims must have felt after watching a statement he gave to police when he was arrested. In it he said the main reason he shot the Mounties on June 4 was because he was attempting to start a rebellion against an oppressive, corrupt government that he believed was squelching the freedom of most Canadians.

“It’s the talk of some arrogant pissant, as if it was nothing to me,” Bourque told the Court of Queen’s Bench, his voice wavering.

“I want the families to know … it does mean something to me,” he added.

“Saying sorry or any apology is almost useless. But I am sorry.”

Bourque, 24, faces a mandatory life sentence with no parole eligibility for 25 years after pleading guilty to three counts of first-degree murder and two counts of attempted murder.

The Crown wants Bourque’s parole ineligibility for each murder conviction to be served consecutively, meaning it would be set at 75 years. If granted, that would be the harshest sentence in Canada since the last executions in 1962.

The defence has asked for 50 years before Bourque could apply for parole.

Crown lawyer Cameron Gunn called on the judge to issue a sentence that denounces Bourque’s crimes in the strongest terms possible.

“His notion that he was involved in some kind of rebellion, I would suggest, is twisted,” Gunn said.

“This is one of the most heinous crimes in Canadian history, I would propose to you.”

Defence lawyer David Lutz said Bourque admits to the facts as stated by the Crown except for where he is alleged to have told a co-worker he was going to “pop” police officers prior to the shootings.

“I am left with very little to say given the content of Mr. Bourque’s statement,” Lutz said.

But Lutz said to attribute hatred to authority as Bourque’s motive behind the shootings would be wrong because he did not understand what he was talking about.

“He identifies with these little cartoon characters like Super Mario and Megaman,” Lutz said, referring to the video games Bourque played.

“His thought process is extremely defective.”

Lutz said setting Bourque’s parole ineligibility period to 75 years would be “academic,” as he would be 99 years of age at that point.

A 2011 amendment to the Criminal Code allows judges to extend parole ineligibility in the case of multiple murders.