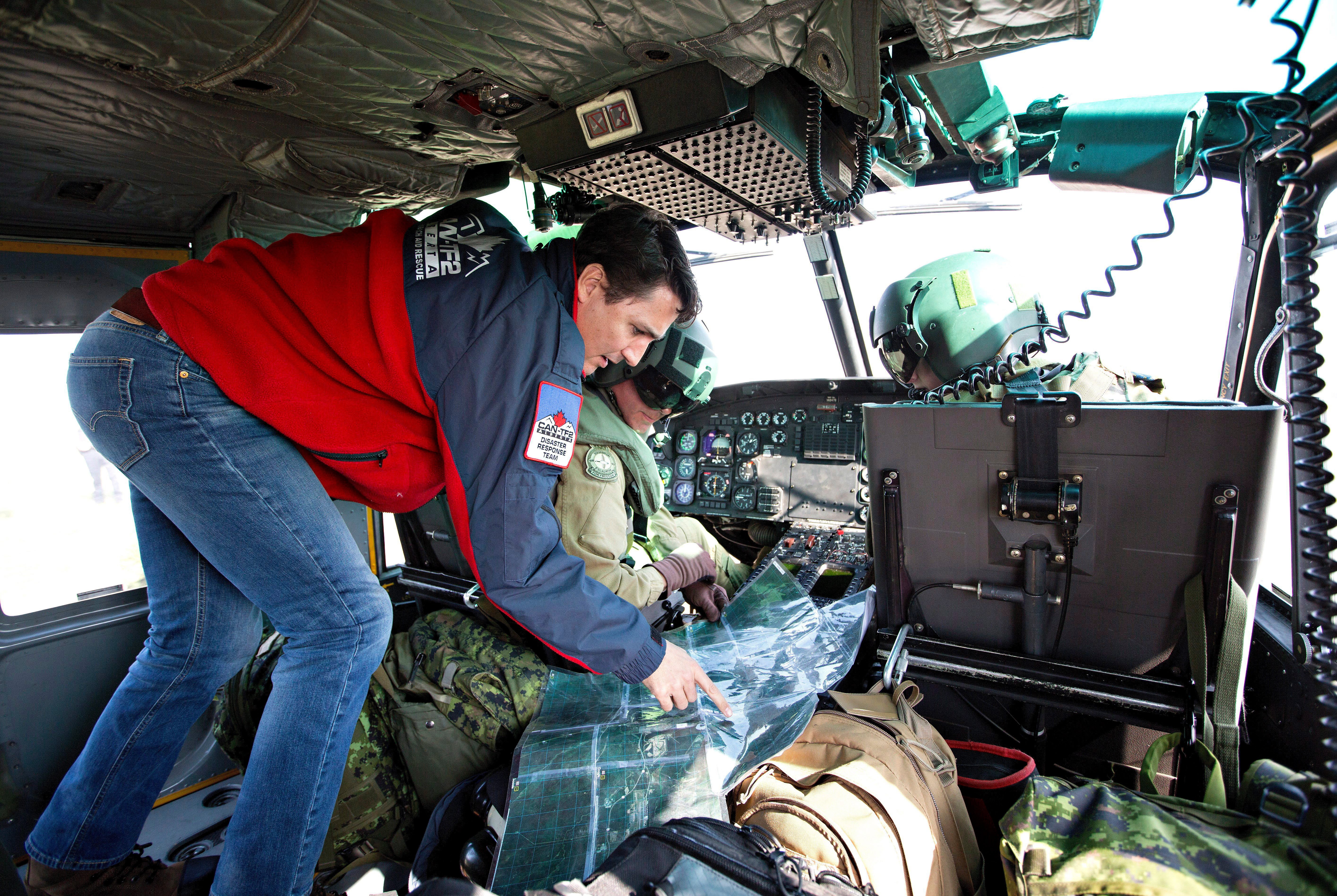 Prime Minister Justin Trudeau said Friday that he doesn’t think Canadians understand the scope of what happened in Fort McMurray where 2,400 buildings were destroyed by a wildfire last week. (Jason Frason, CP)

FORT MCMURRAY, Alta. — Justin Trudeau says Canadians have yet to grasp the scope of what happened in Fort McMurray and the lengths firefighters went to in saving almost 90 per cent of the city.

The prime minister was in northern Alberta on Friday and toured blackened, ash-filled neighbourhoods where many of the 2,400 buildings that were destroyed by a wildfire last week once stood.

The devastation was apparent but what stuck with him, he said, was how much was still standing — the airport, the downtown, the hospital.

“I don’t think Canadians yet understand what happened. They know there was a fire. They’re beginning to hear the wonderful news that so much of the town was saved,” he told 150 firefighters and first responders after an aerial tour by military helicopter.

“They don’t yet understand that that wasn’t a fluke of wind or rain or luck that happened. This was the extraordinary response by people such as yourself. The work you did to save so much of this community … was unbelievable.”

The disparity between what was destroyed and what was saved was striking, he said.

“The idea that there were firefighters rushing toward that blaze as the entire world must have seemed on fire is amazing,” he told reporters afterward. “And then you notice a downtown core that, other than being oddly deserted and immobile, is largely untouched. Then you notice neighbourhoods that stand.”

The federal government has promised to match donations made by individuals to the Canadian Red Cross. So far the charity has raised $86 million for fire recovery.

The prime minister had no new dollar commitments beyond that Friday, but gave assurances that the government will be there as the oilsands city recovers and rebuilds.

“Yes, there will be significant federal moneys invested in that community as we rebuild, but we are just beginning to understand the scale and the scoop of the problem,” he said. “The federal government will have Albertans’ back in the coming months and years.”

More than 80,000 residents had to evacuate their homes May 3 as flames carved their destructive path. Officials have said more than 2,400 homes and other structures were destroyed and another 530 were damaged, but 25,000 were saved.

Trudeau shook hands during the trip with the man who led the fight against the fierce fire and was presented with his own Fort McMurray fire jacket by Chief Darby Allen.

Allen said having the prime minister visit was a morale boost.

“Right now the residents aren’t there, but there are hundreds and hundreds of emergency workers. I think they’ll get a lift from that,” he said.

“We’ve been working hard for the last two or three days on this re-entry plan (for residents). We’ve got a few challenges around that.”

Melissa Blake, mayor of the Regional Municipality of Wood Buffalo, was also present. Blake said it was critical for Trudeau to tour the burned neighbourhoods.

“I’m personally very appreciative that he’s coming in to survey it first hand, because once you see it, you know just how daunting the work will be, but how important it is to make it back to what it was before,” she said.

As Trudeau toured burned-out neighbourhoods, he often stopped to pick up bits of melted debris or look inside smashed-out windows of burned cars and trucks.

At one point, he paused over a pink child’s scooter that had been left untouched by the flames.

Officials asked him if they should move it, but the prime minister said no, the owner should be the one who comes back to find it.

“Law of minimal intervention,” he said.

He recounted that moment later.

“The one thing that I realized is, unlike so many images we see around the world, that little plastic scooter — whatever little boy or girl was using that just before the evacuation, they’re safe. They’re alive.”

“Yes, this was a terrible disaster to befall this community, but at the same time there is hope, there is strength, there is a will and there is the capacity to rebuild.”