The Qureshys explain how Halal Socks got on the prime minister's feet. Twice. 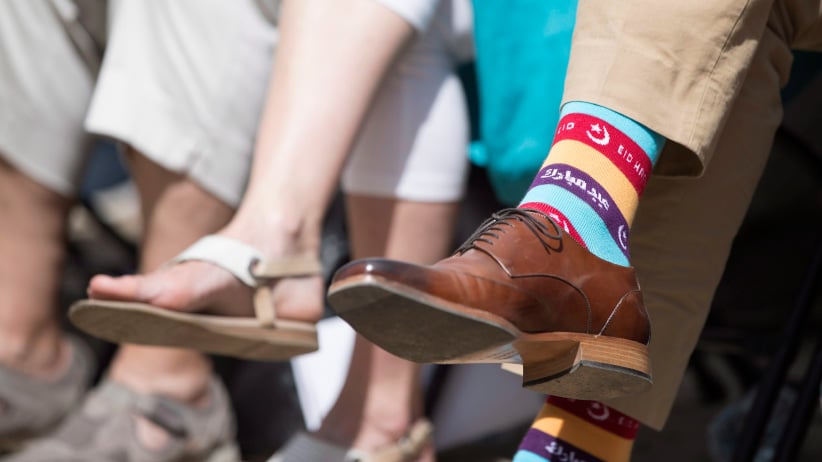 It’s no longer surprising when Prime Minister Justin Trudeau’s socks make headlines. There were Star Wars socks for May the Fourth, a NATO-themed pair for a leaders summit and maple leaves for Live with Kelly and Ryan. But no one was more surprised than Shehryar and Sara Qureshy to learn Trudeau would sport a rainbow-striped pair reading “Eid Mubarak” at Pride in Toronto on the weekend to mark the end of Ramadan. Shehryar and Sara are the husband-and-wife team behind Halal Socks, the Toronto-based company that produced the now famous pair. “We were totally flabbergasted,” Shehryar says. “I think Sara was screaming.” The company, which sells Islam-themed socks, only launched this month, and the ensuing attention crashed its website. Shehryar and Sara explain how it happened.

Q: How did you start the company?

Sara: Last Eid, I was trying to find something for my husband, and I was having a really difficult time finding something that was festive. I was complaining to him, “I’m having a hard time, let me know what you want.” He’s like, “You know I love socks. Why don’t you find me some socks that go with this occasion?” I searched but I couldn’t find anything, and I told Shehryar that. He’s like, “Okay, we got something here.” So that’s how it started.

Q: Are the socks really halal?

Shehryar: We actually went to different mosques, both conservative and liberal mosques, around the Greater Toronto Area, and talked to prominent leaders in our community to make sure the designs are compliant with their beliefs. There were some designs that had to be altered. We’ve got one with a mosque design, for example, and one imam who told us there’s a big community that will take this negatively, and see this as putting mosques underneath your feet. We said, no problem, let’s remove it. So we were confident that when we launch, we’ve got acceptance from these major Muslim hubs in the GTA.

Q: Tell me about the “Beard Bro” design.

Shehryar: Some of our brothers in the mosque are quite stylish. They’re rocking a clean haircut, their pant legs are high, they’re wearing tight clothes, and they’ve got nice, big beards. Sometimes we’ll joke, “How’s your beard game?” And we’re like, “My beard game is strong.” Now you’re showcasing your socks along with it. Think of this as for the Muslim hipster.

A: So how did the Prime Minister end up wearing your socks?

Sara: I got a hold of Omar Alghabra, the MP of Mississauga Centre, and we asked him if he could somehow gift these socks to our prime minister. We knew Eid was coming up and we knew he’s a sock enthusiast. We just hoped he would be willing to wear them. So Omar Alghabra got them to the prime minister. I think he really liked them because he wore them twice.

Q: Oh, he wore them before?

Sara: Yeah, the first time was last week at an event at the Muslim Welfare Centre in Scarborough. I got a video from Omar Alghabra, and I was ecstatic. The prime minister was giving a speech and mentioned the Eid Mubarak socks. He lifted up his pants a little bit.

Q: Have you seen sales pick up?

Sara: All of this amazing attention hasn’t really translated into many sales yet. But our international orders have gone up a little bit, so that proves Trudeau’s global appeal is there.

Shehryar: The Muslim population is growing around the world, and they’re getting more affluent and willing to spend money on things that appeal to them. Our overall vision is we start with men’s socks, and if this attention translates into orders, we could go into the wider Muslim apparel market, inshallah. 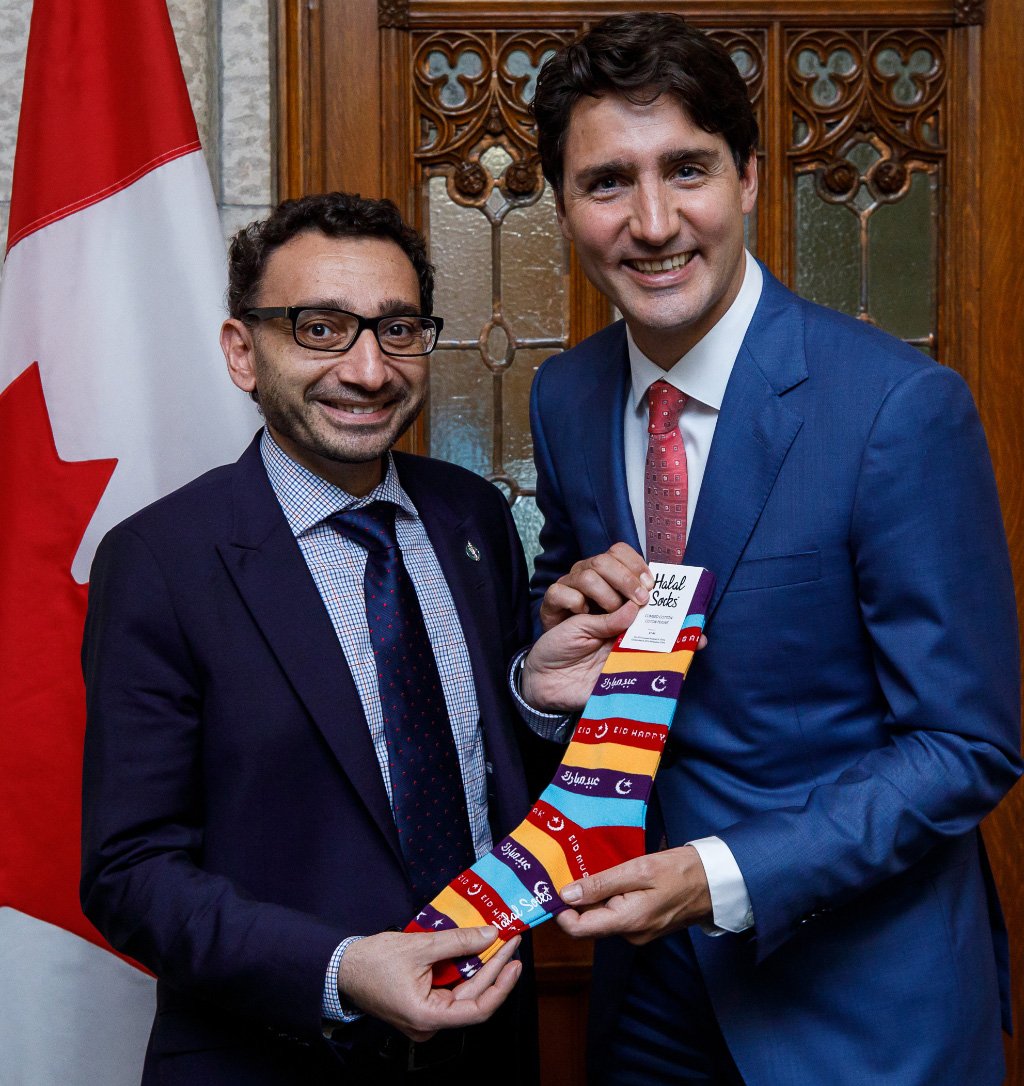