Homolka wanted to restart her life in French. But even in Quebec, she has not avoided the media’s glare. 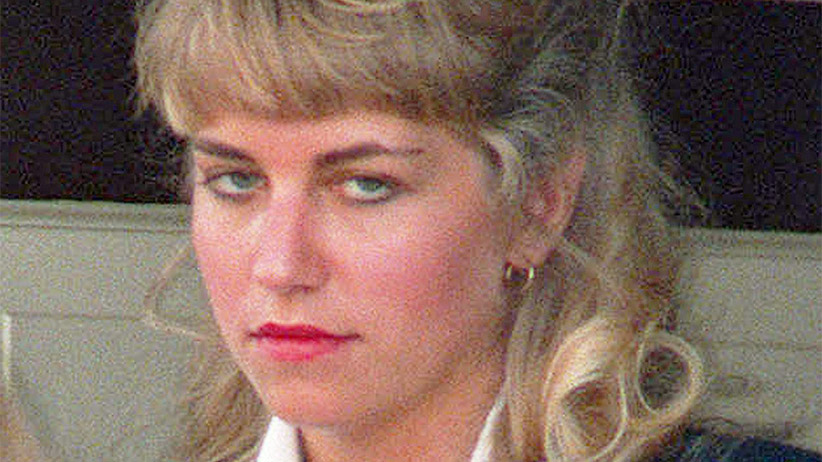 Lynda Véronneau first met Karla Homolka in the kitchen of the Joliette Institution for Women in 1997. Though incarcerated in the same wing of the institution, located about 75 km northeast of Montreal, the two could not have been more different. Véronneau was boyish-looking compared to Homolka’s preppy femininity; she only spoke French, while Homolka was Ontario-bred English; Véronneau was a lesbian, while Homolka had been married to Paul Bernardo, one of the country’s most notorious serial killers.

Yet they clicked, and Véronneau and Homolka carried on a romantic liaison spanning four years and two correctional facilities. Their relationship, detailed in Dans l’ombre de Karla (“In the shadow of Karla”) by La Presse crime journalist Christiane Desjardins, begat Homolka’s own love affair with Quebec, which over the years has proven to be deep-rooted and enduring. “I want to restart my life in French,” Homolka declared (in perfect French) to Radio-Canada in 2005, hours after she was released from prison.

In a sense, she didn’t have much of a choice but to embrace Quebec’s French fact. The Kingston Prison for Women, where Homolka began her sentence in 1994, was slated to be closed. Fears of community outrage prevented her transfer to the Grand Valley Institution in Kitchener, Ont., about 120 km from Homolka’s former home with Bernardo. Joliette was the next closest. According to the Toronto Sun, Homolka began French lessons in earnest in anticipation of the move in the summer of 1997.

Apparently, they served her well. When Véronneau met her, she remembered a “calm, poised and polite” Homolka who mostly stayed quiet yet spoke perfect French when pressed. “She looked so innocent, like she wouldn’t have anything to confess,” Véronneau tells Desjardins.

The language barrier further ensured that Joliette’s already cloistered inmates knew next to nothing about Homolka’s notoriety in English Canada. For her first parole hearing in 2001, she requested all documents to be in French. “You are described as an intelligent, polite, courteous but superficial person,” reads the decision, which notes Homolka’s “cynical [and] macabre” decision to change her surname to Teale after the fictional serial killer in the 1989 movie Criminal Law—filmed, oddly enough, in Montreal.

Homolka was denied parole six times and was released in 2005. It was another blow for victims’-rights advocates. Because she served her entire sentence, Homolka wouldn’t have to abide by any conditions—despite worries from the parole board, espoused as recently as 2004, that Homolka’s participation in therapy programs “has done little to reduce the risk of a repeat offence.”

Even in Quebec, though, Homolka couldn’t quite escape the media glare. About a year after her release, a Toronto Sun reporter found her working in a hardware store in the Montreal suburb of Longueuil. A year after that, television reporter Domenic Fazioli confronted her outside her apartment in Montreal’s St Michel district. “She saw me, rolled her eyes and reached immediately for her sunglasses,” Fazioli says today. “It was like she saw it coming, and had prepared for it.”

On May 23, 2007, Homolka married the brother of her lawyer, in Guadeloupe. The couple raised their three children in the country; Homolka launched “Bébé douceur”, a line of baby diapers “lovingly sewn by me in my home from a pattern that I designed,” according to her online store.

It was through the legal travails of another notorious murderer that the world learned of Homolka’s return to Montreal. Before he killed, beheaded and dismembered Chinese university student Lin Jun, Luka Magnotta was a fledgling model in Toronto. He declared himself outraged at the anonymous online rumours linking him romantically to Homolka.

Related from Maclean’s: Magnotta and Homolka: Anatomy of a rumour

During Magnotta’s subsequent trial in 2014, Homolka’s sister Lori was called as a witness; Magnotta, who was then living in Montreal, had used Lori’s return address when he sent Jun’s body parts to a Vancouver elementary school. Lori, who changed her name to Logan Valentini in 1996, testified that she had nothing to do with Magnotta. She also made it known during her testimony that her sister was again living in Quebec.

Fazioli recently found Homolka once again, living as Leanne Teale in the Montreal suburb of Chateauguay. She and her husband live in a grey-bricked detached home that they purchased for $308,000 in May 2014. Today, Homolka is a stay-at-home mother who ferries her children to and from school in an old black SUV. Because she went to school in English in Canada, Homolka’s children are entitled to an English education in Quebec. Until the media storm highlighted Homolka’s past, she was the picture of normalcy. One parent at her children’s school described her as pleasant and polite.