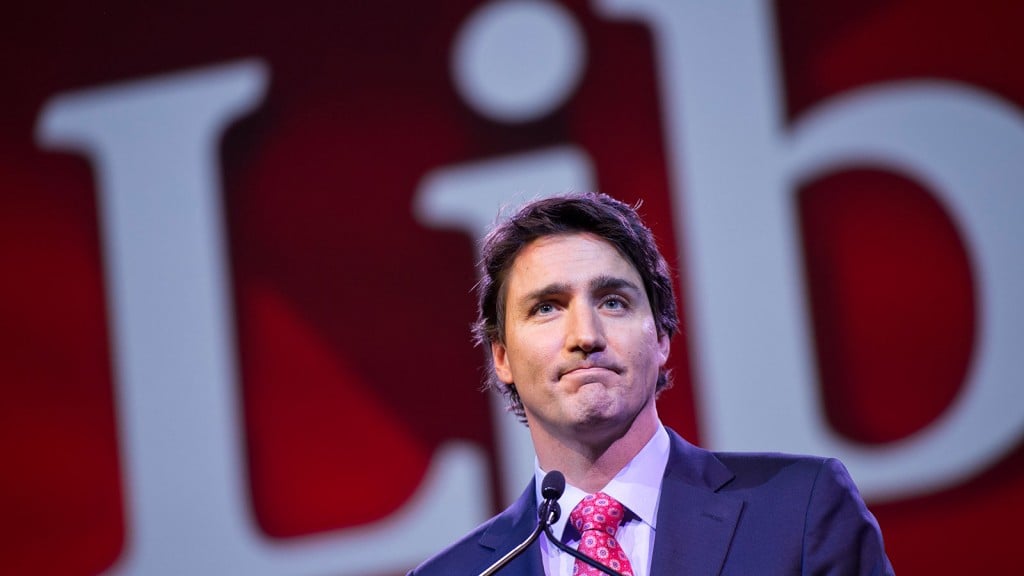 LONDON, Ont. – Justin Trudeau won’t say if he thinks the federal government should abandon its commitment to a balanced budget given the economic turmoil caused by plunging oil prices.

He said the government’s priority should be on spurring economic growth and creating jobs — not delivering a $2.4-billion tax cut to the country’s wealthiest families.

Some economists say the Conservative government should be investing in things like infrastructure to encourage growth and give up its fixation on balancing the 2015-16 budget after six years of deficits.

But Trudeau wouldn’t go that far.

He dodged repeatedly when asked if he believes it would be wise to continue running a small deficit until the economy stabilizes.

“I think one of the things Canadians expect of their governments is to be fiscally responsible,” Trudeau said as he wrapped up a two-day Liberal caucus retreat.

“It’s not particularly fiscally responsible to put all your eggs in the same basket, to pin all your hopes on oil prices remaining high and, when they fall, being forced to make it up as they go along.”

The Conservative government’s recently announced plan to allow couples with young children to split their income for tax purposes — at a cost to the federal treasury of $2.4 billion a year — is another example of “a terrible, fiscally irresponsible decision,” he added.

Trudeau indicated his first line of attack would be to scrap the income splitting scheme, rather than run a deficit.

“We need to make sure that the government’s priority is on creating growth and jobs for the middle class,” he said.

“Right now, their priority is on continuing to promise a $2-billion tax break to 15 per cent of wealthier Canadians. That’s simply not responsible and that’s certainly the first thing to take off the table.”

Liberal finance critic Scott Brison said the Conservative pledge to balance the budget in the coming year is “a political imperative, not an economic one.”

“It’s pure politics,” he said in an interview.

“The only thing they’re interested in is creating a notional surplus on the eve of an election to fund their regressive vote-buying schemes.”

However, Brison also wouldn’t say whether a Liberal government would be prepared to run a deficit.

He said there are a number of things a government could do to stimulate growth, without impacting its balance sheet. For example, he said the government could partner with pension funds to invest in infrastructure.