Despite taking responsibility for the death of Reena Virk, Kelly Ellard is denied day parole 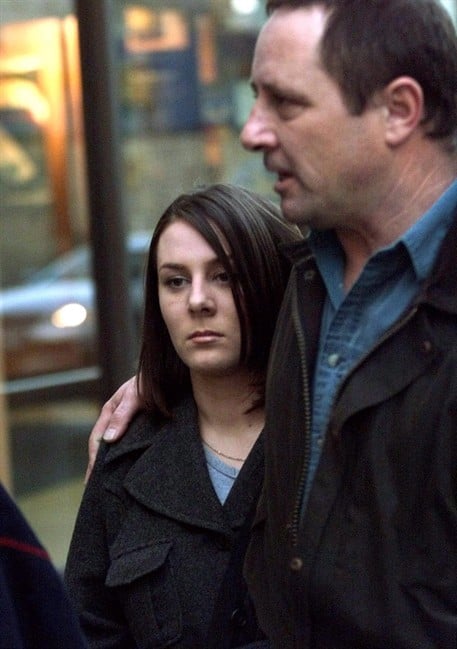 ABBOTSFORD, B.C. – A young woman serving a life sentence for second-degree murder has for the first time taken responsibility for the death of a 14-year-old Vancouver Island girl almost two decades ago, but Kelly Ellard’s confession wasn’t enough to earn her day parole.

In her first parole hearing since the Supreme Court of Canada reinstated her conviction, Ellard told a two-member panel she had “omitted” details about Reena Virk’s death from her testimony during trial.

She admitted on Tuesday that if she hadn’t participated, Virk would probably be alive today.

When asked by a board member who was responsible for Virk’s death, Ellard replied “I believe I am.”

In delivering the board’s decision, a member commended her for accepting more responsibility but noted her admission did not match the facts of her conviction.

“I was 15 years old. I was a child,” Ellard told the board, stressing her key priority for release is to obtain substance-abuse treatment. “I’m not that child anymore.”

In November 1997, Ellard and a crowd of mostly girls swarmed Virk under a Victoria-area bridge. After the beating, Virk limped across the bridge, followed by Ellard and Warren Glowatski. The trial found the pair then continued the beating and held Virk’s head underwater until she drowned.

But during the hearing, Ellard disputed that account and provided a graphic description of her version of the final moments of Virk’s life.

After Virk was swarmed and beaten by the group, Ellard split off with Glowatski and the two went over to the teen who was near the water’s edge, she said.

Ellard flicked a lighter to see Virk’s face and observed the girl was covered in blood. She asked Glowatski to help her bring Virk closer to the water and began to splash her face, she said, but saw Virk did not react.

Glowatski was drunk, she said, but he suggested they flag down a car for help — a request Ellard said she refused.

“I was only thinking of myself,” she said, describing the decision as panicked and impulsive based on the perceived consequences. “I pushed her in. … It’s like almost I just thought in my mind, it would just carry the problem away.”

Ellard, who occasionally cried during her statements, denied holding Virk’s head under.

“She was unconscious. I didn’t need to hold her head under water. There would have been no point,” she said.

Ellard told the board she now decided to be truthful based on “soul-searching” over the past two years, in part prompted by a conversation with her mother.

She took advantage of Glowatski, she said, adding that she didn’t think he would have made the choice to let Virk drown on his own. Glowatski, who was also convicted of second-degree murder, was given full parole in 2010.

Ellard said she wrote a private letter to Virk’s family about four years ago and asked to speak to them face-to-face but was rebuffed.

She said saying sorry is not good enough and she believes “success and redemption” can only occur through re-entering the community.

“I want a chance to go out there and grow…to be the best person I can be.”

But Ellard was not supported in her bid for freedom, and her parole officer discouraged the board from granting day parole based on factors including her substance troubles and deflection of blame for her actions.

The now 33-year-old Ellard wore a blue blouse and her hair, now dyed blond, was pinned up as she replied articulately to the panel.

She told the board that for about one year, she binged on contraband crystal meth inside prison, but her last drug use was in June 2015.

Ellard was given a chance to make a last statement to the board.

“I’ve done everything and then some. Enough is enough,” she said. “It’s time for this to be done.”

She believes there’s nothing left for her in prison to assist her progress, she added.

But her own words that cemented the parole board’s decision.

While the board emphasized the progress Ellard had made in accepting responsibility for the murder, member Ian MacKenzie also said she came across as “very entitled” in presenting her case for release.

Ellard was convicted after three trials. She has spent about 14 years in total behind bars since the murder.

She is prohibited from applying for day parole again for a year.