For one leader from the Winnipeg neighbourhood, Maclean's story was another attack and an opportunity 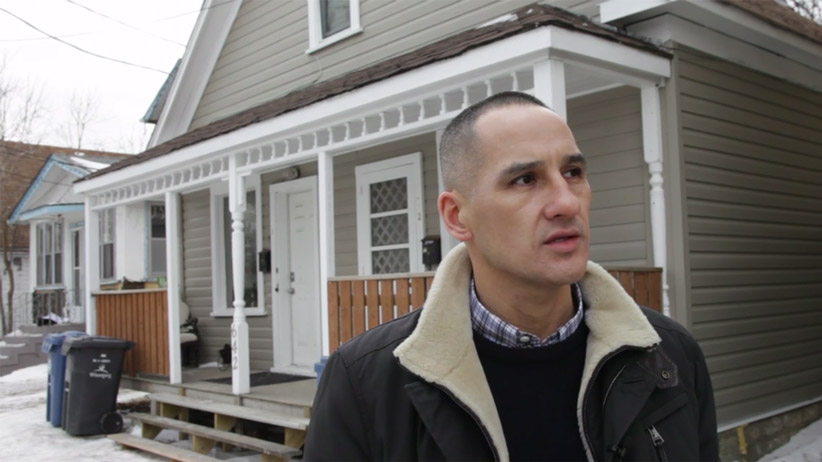 Who is Nancy Macdonald? Why did she say such terrible things about my city, my lifelong neighbourhood, and my home? Why was she sensationalizing so many painful stories from people I know and care about?

I had been asking those questions for three days, after the hardship faced by some Aboriginal Winnipeggers was splashed in glossy colour across a national magazine cover. Now, I was waiting to meet the woman who wrote the article inside of a Tim Hortons that had just opened at the bottom of the Slaw Rebchuk Bridge in Winnipeg’s North End.

It was the same bridge where a group of four people had attacked me while I was jogging one evening almost two years ago. And, as I looked at it, I remembered how quickly I had wanted to erase the physical evidence of that attack. My broken nose, swollen face and chipped teeth reinforced the stereotypes of violence in the North End. My black eye felt like a black eye for my neighbourhood—a place where so many people had worked to help me find belonging and show me anything was possible. What had happened on the bridge made me feel I was letting those people down.

For the last three days, I had been feeling that same agitation, wondering how to publicly respond to a story about my neighbourhood that had gripped Winnipeg’s attention.

Two years ago, I wanted my nose straightened, an appointment with a dentist and ice packs—a lot of them. This time, I wasn’t sure what I wanted or what to expect.

So, on Sunday morning, when I finally met Nancy Macdonald, I was surprised to see the same fears and insecurities in her. She was scared of letting down people who had let her into their lives and given her the strength and support to tell the hard stories they had shared. It was clear to me she was someone who loves this city and the people who live here. She was feeling the weight of telling a difficult and important story that might be otherwise easy to ignore.

In the days before I went public with my story of the bridge attack, I began to learn that a secret can pull us into ourselves and away from the people we love and respect. The distance can cause confusion and resentment—and secrets can destroy our relationships. The marks of the attack were going to be around for a few weeks, at least and, if I wanted to be able to take my son to daycare, to be accessible to people in the community, and to work with my colleagues at the legislature, I needed to tell what happened.

When I did, I was surprised how people, even strangers, wanted to support me by sharing a story of their own challenges and how they were coping with them or overcoming them. It was when I first realized we are more connected by our vulnerabilities than by our strengths. Taking that risk to be honest has strengthened my relationships and created many new ones.

To her credit, Nancy has stuck around to face her critics, and is taking on the challenge of telling our community’s stories of success that prove we can overcome adversity. The relationships she has built and strengthened through the process of her reporting will be with her for the rest of her life. Her article has triggered a very personal response in this city, and many of us are still trying to measure the scale of its impact.

If we can use the sense of vulnerability from her stories as a starting point to share our own, I hope we can find more common ground and build more understanding—understanding that leads to the kind of co-operation needed to strengthen our city for everyone.

Kevin Chief was born and raised in Winnipeg’s North End, where he now lives with his wife, Melanie, and their two sons, Hayden and Kellan. He represents Point Douglas in the Manitoba legislature.