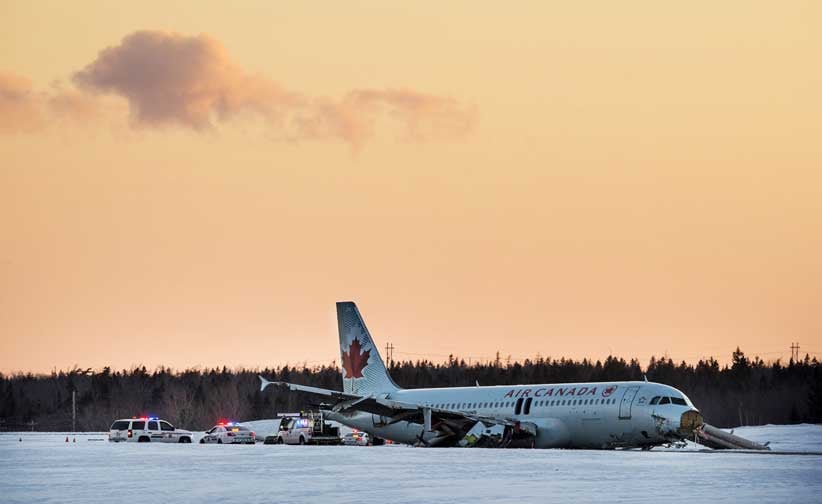 HALIFAX — Some key findings from a preliminary report by the Transportation Safety Board into the crash in March of an Air Canada jet that hit the ground 200 metres short of a runway at Halifax Stanfield International Airport:

— The Airbus 320-200 was correctly configured for landing and its air speed was consistent with a normal approach.

— No mechanical deficiencies were found with its engines, flight controls, landing gear and navigation systems.

— A review of the aircraft’s maintenance records found no discrepancies.

— At the time of the early-morning crash on March 29, the wind was gusting at 48 kilometres per hour, forward visibility was 1,600 metres amid drifting snow and vertical visibility was 91 metres.

— The board has yet to look into pilot training, experience and “human performance aspects.”

— The jet’s cabin floor was punctured from below in two places by “aircraft structure.”

— Of the 133 passengers and five crew members aboard Flight 624 from Toronto, 25 were injured in the crash.